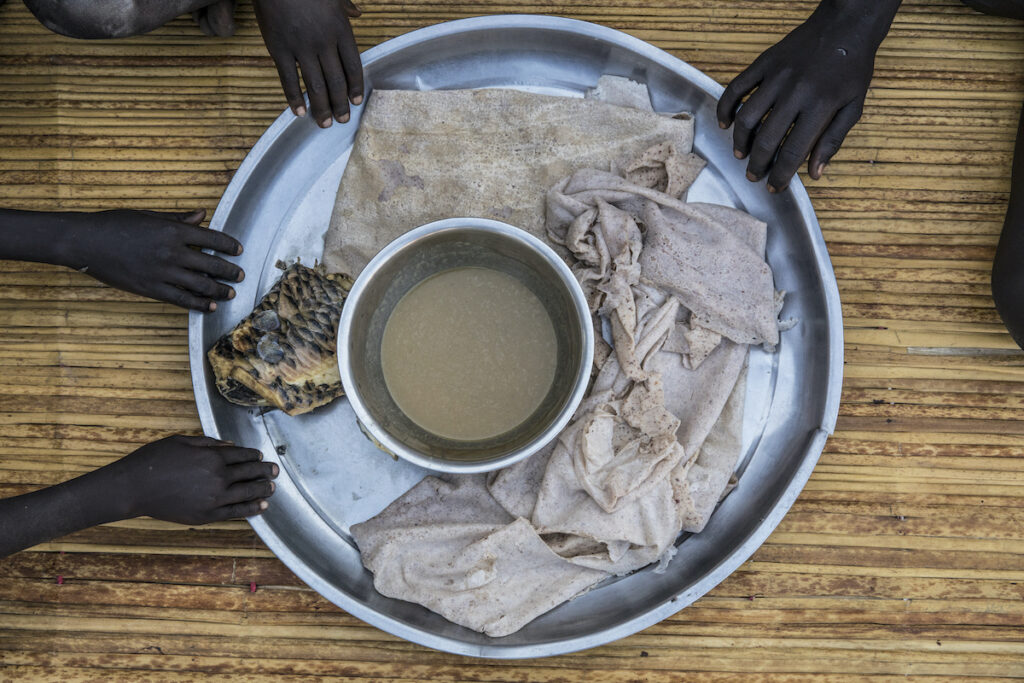 ROME – A basic meal is far beyond the reach of millions of people in 2020 as the COVID-19 pandemic joins conflict, climate change and economic troubles in pushing up levels of hunger around the world, according to a new study released today by the United Nations World Food Programme (WFP).

The U.N. World Food Program’s Cost of a Plate of Food 2020 report highlights the countries where a simple meal such as rice and beans costs the most, when compared with people’s incomes. South Sudan is once again top of the list, with basic ingredients costing a staggering 186 percent of a person’s daily income. Seventeen of the top 20 countries featured in the index are in sub-Saharan Africa.

“This new report exposes the destructive impact of conflict, climate change and economic crises, now compounded by COVID-19, in driving up hunger,” said U.N. World Food Program’s Executive Director David Beasley. “It’s the most vulnerable people who feel the worst effects. Their lives were already on the edge – prior to the coronavirus pandemic we were looking at the worst humanitarian crisis since World War II – and now their plight is so much worse as the pandemic threatens nothing less than a humanitarian catastrophe.”

The report highlights conflict as a central driver for hunger in many countries, as it forced people from their homes, land and jobs, drastically reducing incomes and the availability of affordable food. The close connection between food security and peace was underlined last week when the U.N. World Food Programme was awarded the Nobel Peace Prize for its work fighting hunger.

In the country with the most expensive plate of food, South Sudan, violence in the east has already displaced more than 60,000 people and is crippling harvests and livelihoods. This has combined with COVID-19 and climate shock to create the threat of famine.

Since the onset of the pandemic, the daily income spent on food by someone living in South Sudan has risen 27 points to 186 percent.

If a resident in New York State had to pay the same proportion of their salary for a basic meal, the meal would cost $393.

The Cost of a Plate of Food 2020 report is released as the U.N. World Food Programme estimates that the lives and livelihoods of up to 270 million people will be under severe threat in 2020, unless immediate action is taken to tackle the pandemic.

Burkina Faso is featured for the first time, with a surge in conflict along with climate changes, being the main drivers.  The number of people facing crisis levels of hunger has tripled to 3.4 million people, while famine threatens 11,000 living in the northern provinces. Burundi is also on the index, as political instability, steep declines in remittances and disruptions to trade and employment leave it exposed to growing hunger.

Haiti is also featured among the top 20, with consumers spending more than a third of their daily incomes on a plate of food – the equivalent of $74 for someone in New York State. Imports account for more than half of food and 83 percent of rice consumed in Haiti, making it vulnerable to inflation and price volatility in international markets, especially during crises such as the current global pandemic.

“People in urban areas are now highly susceptible too, with COVID-19 leading to huge rises in unemployment, rendering people powerless to use the markets they depend on for food. For millions of people, missing a day’s wages means missing a day’s worth of food, for themselves and their children. This can also cause rising social tensions and instability,” said U.N. World Food Programme Executive Director Beasley.

In the longer term, effective food systems are essential for access to affordable, nutritious food. The U.N. World Food Programme’s procurement of food means it has a critical role to play in improving the systems that produce food and bring it to people’s tables.

This is the third edition of the U.N. World Food Programme’s Cost of a Plate of Food report (formerly called Counting the Beans) with 36 countries featured this year. The report takes an estimated per capita average income across each country and calculates what percentage people must spend for a basic meal, some beans or lentils for example, and a carbohydrate matching local preferences. The price someone in New York State might pay was calculated by applying the meal-to-income ratio for someone in a developing country to a consumer in the US State.