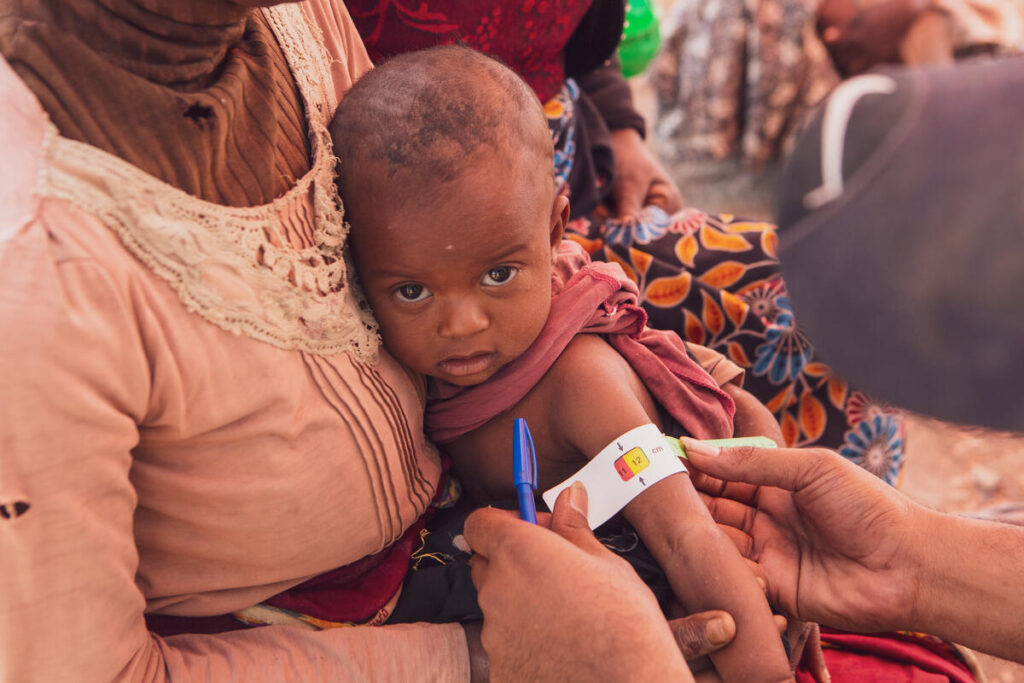 ANTANANARIVO – As climate talks get underway in Glasgow, families in southern Madagascar, where climate is driving famine-like conditions, brace themselves for yet another harsh year ahead as the ongoing drought shows no signs of abating, signaling deteriorating hunger.

Severe hunger has touched over 1.1 million people with 14,000 of them one step away from famine. The situation, already alarming, is set to worsen by the end of year with the number of people in famine-like conditions expected to double.

“The changing climate has meant that many families who were able to live off the land 15 years ago have now fallen into severe hunger. Families are scavenging for survival and many are living only on the food assistance they receive,” said Menghestab Haile, the U.N. World Food Programme regional director for southern Africa. “I recently met a mother who told me that she had lost her 8-month-old to seeds from cactus fruit that had accumulated in his stomach. The face of hunger in southern Madagascar is horrific.”

The drought has led to the complete disappearance of food sources leaving families visibly famished and resorting to survival measures such as eating locusts, wild leaves and cactus leaves which are usually fed to cattle. Vulnerable children are bearing the brunt of the crisis with severe hunger for children under the age of 5 expected to quadruple, crossing the half million mark by April 2022.

“The number of malnourished children coming to health centers in southern Madagascar has doubled compared to this time last year. Many of them are too weak to laugh or cry, let alone play and learn,” said Anna Horner, the U.N. World Food Programme’s chief of nutrition innovative financing who recently visited southern Madagascar. “The physical and mental damage to children due to malnutrition can be irreversible. It is heart-wrenching to see so many young minds and bodies unnecessarily suffering from hunger and malnutrition.”

Amidst the hottest decade on record, Madagascar has suffered from exceptionally warm temperatures, deficits in rainfall and unexpected sandstorms that have covered fields, left crops wilted and harvests well below average. By April 2021, 70 percent of the Grand Sud was in drought with food production only a third of the last five-year average. The forecasted dry start to the upcoming planting season means families will not be able to sow their fields immediately and their access to food and an income hangs in the balance. Adding to an already dire situation, a recent upsurge of locusts is expected to affect nearly 1 million acres of land.

The U.N. World Food Programme has been reaching around 700,000 people monthly with emergency lifesaving food as well as supplementary nutrition products for pregnant and nursing women and children. Moving beyond emergency support, the U.N. World Food Programme together with the government, is implementing long-term resilience building activities that help communities adapt to the changing climate. These include access to water, reforestation, sand dune stabilization and economic support like access to microinsurance schemes in case of crop failure.

In September, 3,500 households received a payout of $100 each to recover losses from the failed corn crop. The payout helped families sustain themselves despite a lost harvest.

The U.N. World Food Programme aims to scale up its response in southern Madagascar and urgently needs $69 million over the next six months to do so. The U.N. World Food Programme  is increasingly concerned about the situation in Madagascar and has been ringing the alarm bells over the climate-induced hunger crisis, one of the potentially many in the world.