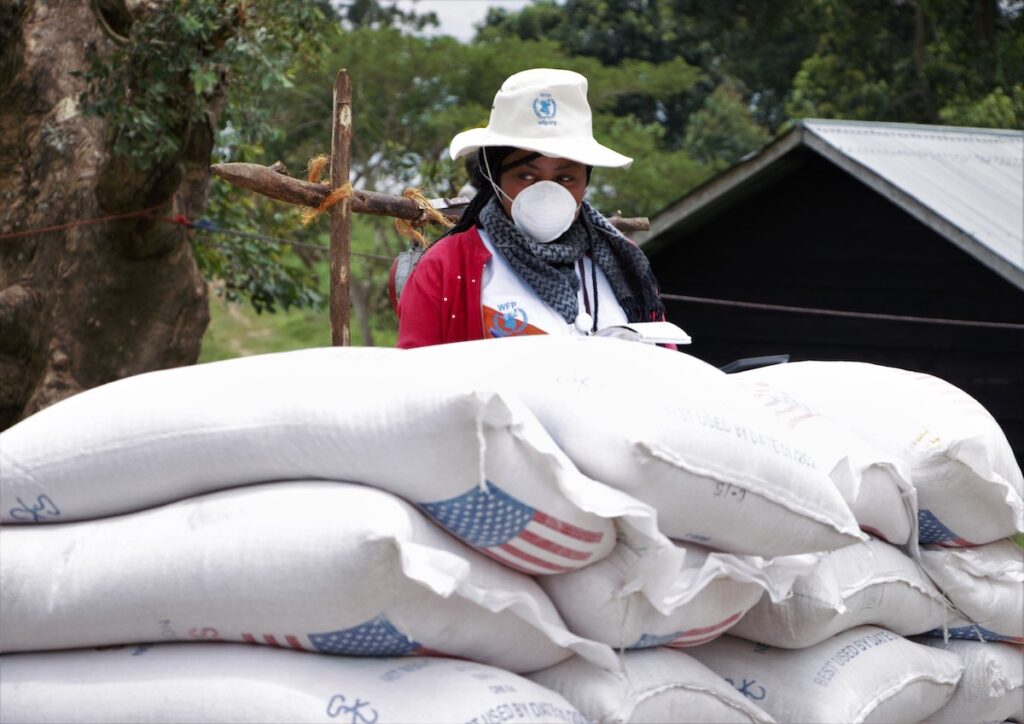 With Conflict and Covid-19 Deepening Hunger in the Democratic Republic of Congo, More Help Is Needed to Save Millions of Lives

KINSHASA – As conflict and the coronavirus escalate in the Democratic Republic of Congo (DRC), aggravating one of the world’s biggest but most under-funded hunger crises, the United Nations World Food Programme (WFP) today warned that millions of lives could be lost unless the international community steps up with more help.

Four in ten of DRC’s estimated 100 million people are food insecure, according to the most recent nationwide data, with 15.6 million suffering “crisis” or “emergency” hunger.

“So many Congolese are on the edge, and in even greater danger now of being tipped over the edge,” said Claude Jibidar, WFP’s Representative in DRC. “The world just can’t let that happen, worried though it understandably is about the huge toll COVID-19 is taking on lives and livelihoods elsewhere.”

The U.N. World Food Programme needs another $172 million to be able to fully implement its emergency operation in the country over the next six months. It plans to support 8.6 million people this year – including almost a million of those hit hardest by the pandemic – up from a record 6.9 million reached in 2019.

But without the necessary funding, food rations and cash assistance will have to be cut, then the number of people being helped. Interventions to treat and prevent acute malnutrition – which afflicts 3.4 million Congolese children – are at immediate risk.

Malnutrition is particularly pervasive in conflict-ravaged, mineral-rich eastern DRC, where decades of brutal and opportunistic ethnic fighting has forced millions of civilians from their homes – many of them numerous times.

Violence there in the first half of 2020 – some of it allegedly amounting to war crimes – uprooted over a million people.

Most of the more than five million Congolese displaced inside the country – Africa’s largest such population – live in makeshift camps and urban areas with poor sanitation and healthcare, making them especially susceptible to COVID-19. The U.N. World Food Programme provides many with food or cash.

Killer diseases, such as malaria and cholera, compound the hunger challenge.

By the time the country’s tenth and biggest Ebola epidemic ended in June, having claimed almost 2,300 lives in the east over two years – U.N. World Food Programme food assistance and aviation support were central to the response – the eleventh had erupted in the northwest, and continues to spread.

The central Kasai region is the epicenter of a large scale outbreak of measles, which significantly increases the risk of fatalities among malnourished children.

This year’s harvest is again expected to be below-average in much of DRC because of drought, flooding and pest infestations, as well as farmers’ limited access to their fields owing to insecurity and COVID-19 movement restrictions.

Yet with some 31,000 square miles of arable land – the second largest such area in the world after Brazil – and half of Africa’s water resources, DRC has the potential to produce more than enough food for its people.