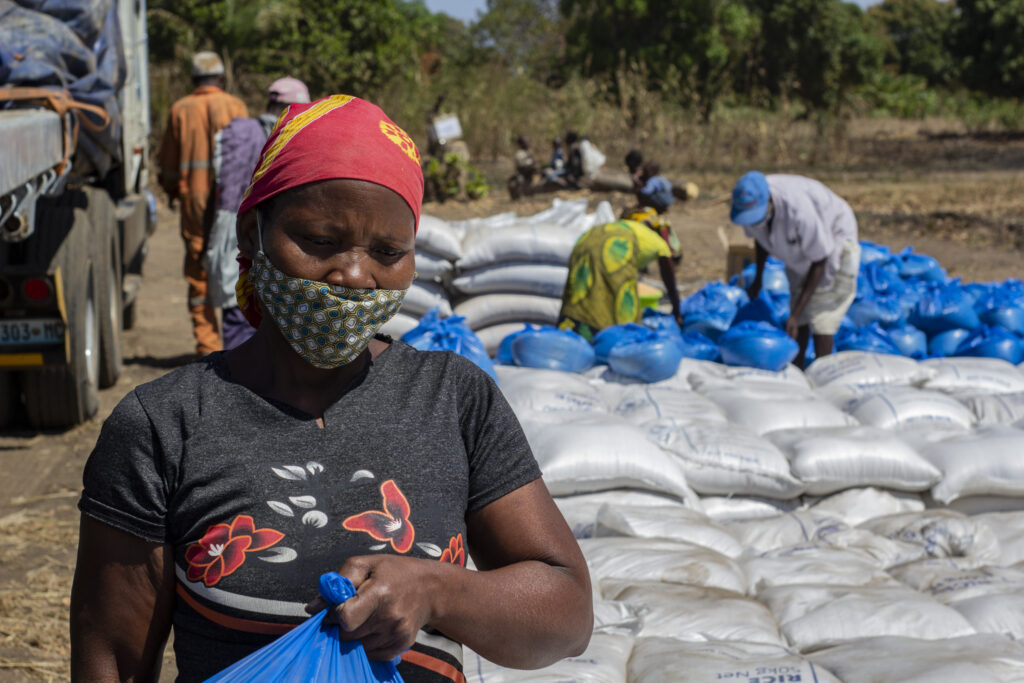 MAPUTO – The United Nations World Food Programme is extremely concerned about the escalating conflict and deteriorating food security situation in Cabo Delgado, Mozambique, where over 300,000 people have fled their homes and villages, abandoning their crops and leaving them completely reliant on humanitarian assistance.

“We are deeply concerned about the unfolding humanitarian situation in Cabo Delgado where conflict and violence have left people without access to food and livelihoods,” said Antonella D’Aprile, U.N. World Food Programme Representative for Mozambique. “The growing insecurity and poor infrastructure have meant that reaching out to people in need has become harder and now with COVID-19 the crisis becomes even more complex.”

Growing violence and insecurity have increased the threat of hunger in the northern province of Cabo Delgado as communities have lost access to food and income sources. Latest findings from famine early warning system FEWSNET indicate that communities will continue to face ‘crisis’ levels of food insecurity (IPC Phase 3) into early 2021. The situation is even more worrisome given that Cabo Delgado has the second highest rate of chronic malnutrition in the country with more than half of children under 5 chronically malnourished. Any additional shocks could rapidly worsen the situation, especially for women and children.

Nearly a thousand refugees have crossed into neighboring Tanzania, deepening concerns among the international community about the regionalization of the conflict. With Cabo Delgado currently recording the second-highest number of COVID-19 cases in Mozambique, population displacements have the potential to accelerate the spread of the virus.

Despite significant operational challenges, the U.N. World Food Programme, in collaboration with the Government, plans to reach 310,000 people each month in the provinces of Cabo Delgado, Nampula, and Niassa with food, vouchers and nutrition support.

Since 2017, Cabo Delgado has been experiencing attacks by Non-State Armed Groups that have gradually displaced communities who are now seeking refuge in other provinces, such as Nampula and Niassa. These attacks have led to the loss of lives and have severely damaged infrastructure – that were already severely affected by cyclone Kenneth in 2019 – leading to disruptions in the access to those most in need.

The U.N. World Food Programme is the world’s largest humanitarian organization, saving lives in emergencies, building prosperity and supporting a sustainable future for people recovering from conflict, disasters and the impact of climate change.