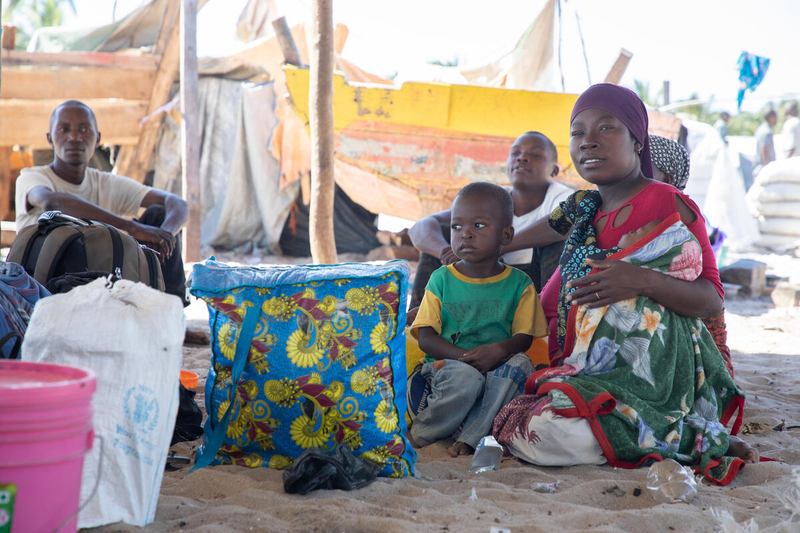 “These innocent communities are now completely reliant on U.N. World Food Programme and our partners to provide them with lifesaving food and help them get back on their feet. We must not fail them,” he said.

The displacement has left at least 730,000 people in Cabo Delgado with no access to their lands and no means of earning a living. According to the latest food security data[1] captured before the attacks in Palma town in late March 2021, nearly 228,000 people are highly food insecure. This number is projected to increase to 363,000 during the lean season beginning in October.

Many of those who fled the insurgency in Palma to neighboring districts are being hosted by locals who themselves are living hand to mouth. The added pressure on already scarce resources is impacting host communities struggling with rising food prices and loss of income due to COVID 19. According to the latest IPC data, in some districts the host communities are as food insecure as those displaced.

Children are worst affected. Recent IPC data shows 75,000 children under the age of five are suffering from acute malnutrition. The situation is projected to continue deteriorating, with more districts likely to move into the ‘Critical’ levels of malnutrition.

The oil and gas-rich province of Cabo Delgado has been experiencing an increasing number of attacks by non-state armed groups since 2017. Conflict has intensified over the past year with seven times more people displaced in 2021, compared to the previous year.

The U.N. World Food Programme is urgently appealing for $121 million until the end of 2021 to support 750,000 people in the northern districts of Cabo Delgado. The U.N. World Food Programme warns of the risk of having to reduce rations or even halt its food assistance to displaced people next month if no additional funds are received. With families completely reliant on humanitarian support, a break in food assistance has the potential to set the crisis spiraling out of control.

[1] The latest Integrated Food Security Classification (IPC) data covers 5 districts and the city of Pemba, out of a total of 15 districts.