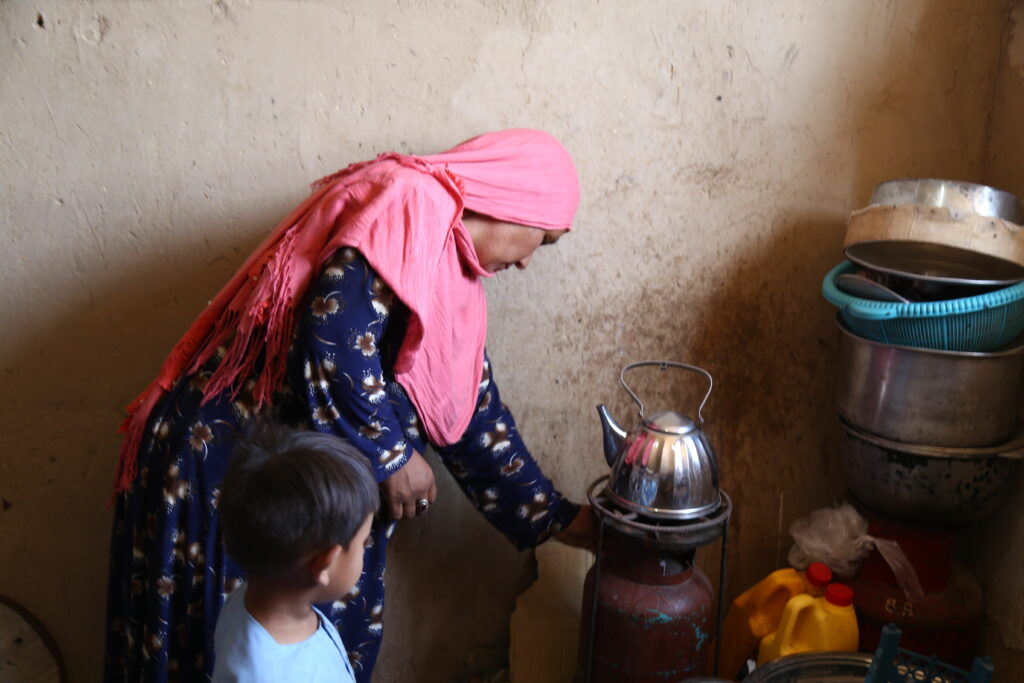 KABUL – Job losses, lack of cash and soaring prices are creating a new class of hungry in Afghanistan, the United Nations World Food Programme (WFP) has warned today. For the first time, urban residents are suffering from hunger at similar rates to rural communities, which have been ravaged by drought twice in the past three years.

Only five percent of households in Afghanistan have enough to eat every day, according to recent surveys conducted by the U.N. World Food Programme, while half reported they had run out of food altogether at least once in the past two weeks.

“The economic freefall in Afghanistan has been abrupt and unrelenting, adding to an already difficult situation, as the country grapples with a second severe drought in three years. We are doing everything we can to support Afghan communities at this critical time,” said Mary-Ellen McGroarty, U.N. World Food Programme’s Country Director and Representative.

The middle classes are also struggling – only 10 percent of households headed by someone with a secondary or university education were able to buy sufficient food for their families every day. Though the situation is worse for those less well-educated, the unprecedented prevalence of hunger among families that had previously been spared the scourge of hunger signals the depth of the crisis facing Afghans.

On average, breadwinners are finding work just one day a week, barely enough to afford food that is rapidly increasing in price. Cooking oil, for example, has almost doubled in price since 2020, and wheat is up by 28 percent.

Afghanistan is on the brink of economic collapse, caused by a rapid withdrawal of international aid, combined with the inability to access overseas assets. In turn, this is fueling a cash crisis, a sharp drop in the value of the local currency and has led to a sudden halt in foreign investment, driving more families into hunger as jobs and income dry up.

“The U.N. World Food Programme is stepping up to the urgent challenge which is now twofold. First, we continue to assist the people who need it most to avoid acute hunger and malnutrition from devastating the country and second, we are strengthening local capacity to produce food and get it to market, while also providing short-term work opportunities that help stabilize the economy and give families access to cash,” McGroarty added.

The U.N. World Food Programme has provided 6.4 million people with food assistance this year, including more than 1.4 million people since the Taliban takeover on August 15. The U.N. World Food Programme runs programs designed to both address the immediate needs of people facing emergencies, while also building community resilience so they are better able to cope in times of crisis.

The U.N. World Food Programme works with communities to strengthen their ability to reduce the risk of disasters and adapt to climate change, while also creating employment opportunities to provide much-needed cash in desperate times. This includes constructing or rehabilitating roads, canals, flood protection walls and reforestation, as well as vocational training.

Throughout the difficult weeks in August and September, the U.N. World Food Programme has continued school feeding programs, helping to keep boys and girls in school and staving off malnutrition, while bolstering the local economy when food is produced and purchased locally, and creating stable markets, supporting local agriculture, and strengthening local food systems.

“The U.N. World Food Programme is racing against the clock to provide lifesaving food and nutrition assistance to the most vulnerable Afghan families. We urgently need $200 million to buy and preposition food before the winter sets in – if we miss this window the consequences will be catastrophic,” warned McGroarty.