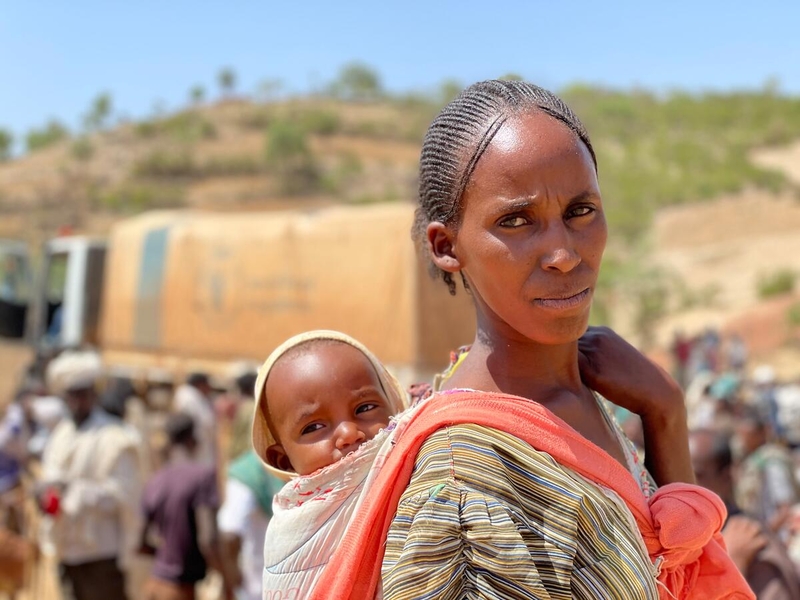 ROME – Efforts to fight a global surge in acute food insecurity are being stymied in several countries by fighting and blockades that cut off lifesaving aid to families on the brink of famine, warn the UN’s Food and Agriculture Organization (FAO) and United Nations World Food Programme (WFP) in a new report issued today

Bureaucratic obstacles as well as a lack of funding also hamper the two UN agencies’ efforts to provide emergency food assistance and enable farmers to plant at scale and at the right time.

This is of grave concern as conflict, the economic repercussions of COVID-19 and the climate crisis are expected to drive higher levels of acute food insecurity in 23 hunger hotspots over the next four months, according to the report, as acute food insecurity continues to increase in scale and severity.

FAO and the U.N. World Food Programme have already warned that 41 million people were at risk of falling into famine unless they received immediate food and livelihood assistance. 2020 saw 155 million people facing acute food insecurity at Crisis or worse levels in 55 countries (IPC/CH Phases 3 or worse) according to the Global Report on Food Crises, an increase of more than 20 million from 2019 – and the trend is only expected to worsen this year.

“The vast majority of those on the verge are farmers. Alongside food assistance, we must do all we can to help them resume food production themselves, so that families and communities can move back towards self-sufficiency and not just depend on aid to survive,” said FAO Director-General QU Dongyu.

“Families that rely on humanitarian assistance to survive are hanging by a thread. When we cannot reach them that thread is cut, and the consequences are nothing short of catastrophic,” warned David Beasley, U.N. World Food Programme Executive Director.

Communities cut off from aid

The report highlights that conflict, climate extremes and economic shocks – often related to the economic fallout of COVID-19 – will likely remain primary drivers of acute food insecurity for the August-November 2021 period. Transboundary threats are an aggravating factor in some regions. In particular, desert locust infestations in the Horn of Africa and African migratory locust in Southern Africa require continued monitoring and vigilance.

Humanitarian access constraints are another severe aggravating factor that hamper efforts to curb food crises and prevent starvation, death and a total collapse of livelihoods, increasing the risk of famine. Countries currently facing most significant obstacles preventing aid from reaching those who need it most include Afghanistan, Ethiopia, the Central African Republic, Mali, Nigeria, South Sudan, Somalia, Syria and Yemen.

“The road to Zero Hunger isn’t paved with conflict, checkpoints and red tape. Humanitarian access isn’t some abstract concept – it means authorities approving paperwork in time so that food can be moved swiftly, it means checkpoints allow trucks to pass and reach their destination, it means humanitarian responders are not targeted, so they are able to carry out their life- and livelihood-saving work,” noted Beasley.

Ethiopia and Madagascar are the world’s newest “highest alert” hunger hotspots according to the report.

Ethiopia faces a devastating food emergency linked to ongoing conflict in the Tigray region – where reaching those desperately in need remains an enormous challenge – with 401,000 people expected to face catastrophic conditions by September – the highest number in one country since the 2011 famine in Somalia. The Famine Review Committee estimates a medium to high Risk of Famine in three out of four scenarios based on levels of conflict intensity, humanitarian supply lines, access and operations and private supply lines and services, including a worst-case scenario in which this could happen in the short-term (July – September).

Meanwhile, in southern Madagascar the worst drought in 40 years – combined with rising food prices, sandstorms and pests affecting staple crops – is expected to push 28,000 people into famine-like conditions by the end of the year.

The new highest alerts issued for Ethiopia and Madagascar add to South Sudan, Yemen and northern Nigeria, which remain among the acute food insecurity hotspots of greatest global concern. In some areas of these countries, populations are already experiencing conditions of famine and significant numbers of people are at risk of falling into famine.

The report also flags other countries as amongst the worst hunger hotspots – where life-threatening hunger is on the rise – Afghanistan, Burkina Faso, the Central African Republic, Colombia, the Democratic Republic of the Congo – the country with the highest number of people in urgent need of food assistance in the world, Haiti, Honduras, the Sudan and Syria.

For example, in Afghanistan, acute food insecurity is becoming increasingly critical due to ongoing drought, rising conflict-driven displacement as well as high food prices and widespread unemployment caused by COVID-19.

Meanwhile, in Haiti an already precarious food insecurity situation is expected to get worse as the country faces likely lower staple crop production due to lack/irregular rains and is reeling from worsening political instability and food price inflation, and the impacts of COVID-19-related restrictions.

Note: This report is part of a series of analytical products produced under the Global Network Against Food Crises initiative. The report’s hunger projections are based on the latest IPC and Cadre Harmonisé analyses. For countries where recent IPC/CH analyses are unavailable, estimates from other sources are included.

The Food and Agriculture Organization of the United Nations (FAO) is the UN specialized agency that leads international efforts to defeat hunger and malnutrition. Our goal is to support achieving the 2030 Agenda, through the transformation to more efficient, inclusive, resilient and sustainable agri-food systems for better production, better nutrition, a better environment, and a better life, leaving no one behind.