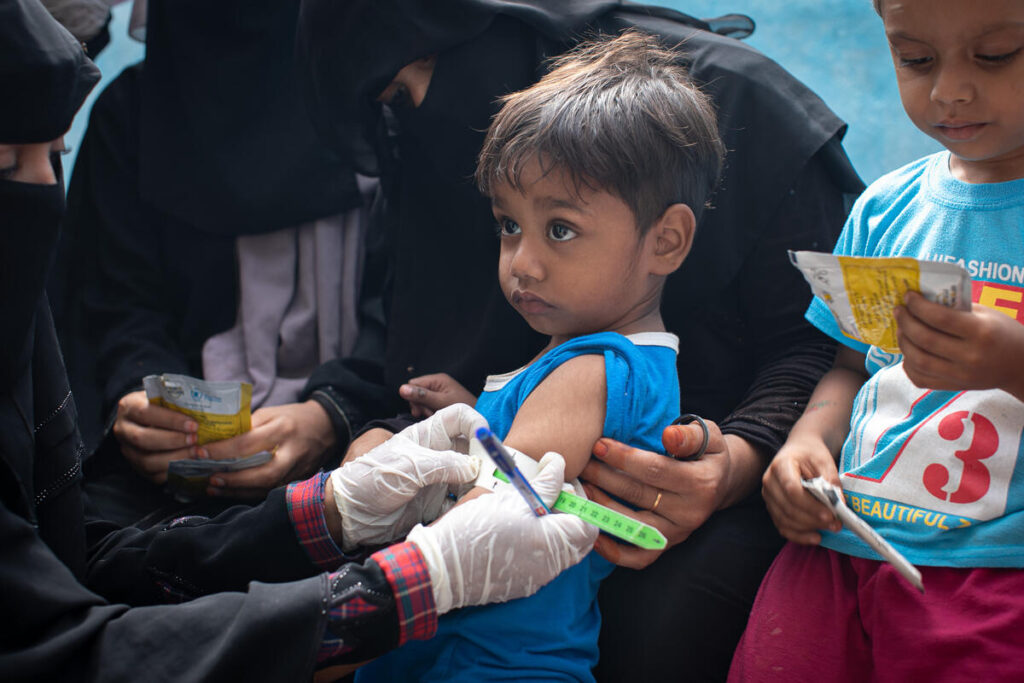 Conflict, weather extremes, economic shocks, the lingering impacts of COVID-19 and the ripple effects from the war in Ukraine push millions of people in countries across the world into poverty and hunger as food and fuel price spikes drive nations closer to instability, says new hunger hotspots report.

ROME – The Food and Agriculture Organization of the United Nations (FAO) and the United Nations World Food Programme (WFP) today issued a stark warning of multiple, looming food crises, driven by conflict, climate shocks, the fallout from the COVID-19 pandemic and massive public debt burdens – exacerbated by the ripple effects of the war in Ukraine which has pushed food and fuel prices to accelerate in many nations across the globe. These shocks hit in contexts already characterized by rural marginalization and fragile agrifood systems.

The report warns that the war in Ukraine has exacerbated the already steadily rising food and energy prices worldwide. The effects are expected to be particularly acute where economic instability and spiraling prices combine with drops in food production due to climate shocks, such as recurrent droughts or flooding.

“We are deeply concerned about the combined impacts of overlapping crises jeopardizing people’s ability to produce and access foods, pushing millions more into extreme levels of acute food insecurity,” said FAO Director-General QU Dongyu. “We are in a race against time to help farmers in the most affected countries, including by rapidly increasing potential food production and boosting their resilience in the face of challenges.”

“We’re facing a perfect storm that is not just going to hurt the poorest of the poor. It’s also going to overwhelm millions of families who, until now, have just about kept their heads above water,” warned U.N. World Food Programme Executive Director David Beasley.

“Conditions now are much worse than during the Arab Spring in 2011 and 2007-2008 food price crisis, when 48 countries were rocked by political unrest, riots and protests. We’ve already seen what’s happening in Indonesia, Pakistan, Peru and Sri Lanka – that’s just the tip of the iceberg. We have solutions. But we need to act, and act fast,” he warned.

The report finds that – alongside conflict – frequent and recurring climate shocks continue to drive acute hunger and shows that we have entered a ‘new normal’ where droughts, flooding, hurricanes, and cyclones repeatedly decimate farming and livestock rearing, drive population displacement and push millions to the brink in countries across the world.

The report warns that worrisome climatic trends linked to La Niña since late 2020 are expected to continue through 2022, driving up humanitarian needs and acute hunger. An unprecedented drought in East Africa affecting Somalia, Ethiopia and Kenya is leading to a fourth consecutive below-average rainfall season, while South Sudan will face its fourth consecutive year of large-scale flooding – which will likely continue to drive people from their homes and devastate crops and livestock production. The report also expects above-average rains and a risk of localized flooding in the Sahel, a more intense hurricane season in the Caribbean, and below-average rains in Afghanistan – which is already reeling from multiple seasons of drought, violence and political upheaval.

The report also emphasises the urgency of the dire macroeconomic conditions in several countries – brought on by the fallout from the COVID-19 pandemic and exacerbated by the recent upheaval in global food and energy markets. These conditions are causing dramatic income losses among the poorest communities and are straining the capacity of national governments to fund social safety nets, income-supporting measure, and the import of essential goods.

According to the report, Ethiopia, Nigeria, South Sudan and Yemen remain at ‘highest alert’ as hotspots with catastrophic conditions. Afghanistan and Somalia are new entries to this worrisome category since the last hotspots report released January 2022. These six countries all have parts of the population facing IPC Phase 5 ‘Catastrophe’ or at risk of deterioration towards catastrophic conditions, with up to 750,000 people facing starvation and death. 400,000 of these are in Ethiopia’s Tigray region – the highest number on record in one country since the famine in Somalia in 2011.

The Democratic Republic of the Congo, Haiti, the Sahel, the Sudan and Syria remain ‘of very high concern’ with deteriorating critical conditions, as in the previous edition of this report – with Kenya a new entry to the list. Sri Lanka, West African coastal countries (Benin, Cabo Verde and Guinea), Ukraine and Zimbabwe have been added to the list of hotspots countries, joining Angola, Lebanon, Madagascar and Mozambique which continue to be hunger hotspots – according to the report.

FAO and WFP have partnered to ramp up the scale and reach of anticipatory action, to protect communities’ lives, food security and livelihoods before they need lifesaving assistance in the critical window between an early warning and a shock. Flexible humanitarian funding enables FAO and the U.N. World Food Programme to anticipate humanitarian needs and save lives. Evidence shows that for every $1 invested in anticipatory action to safeguard lives and livelihoods, up to $7 can be saved by avoiding losses for disaster-affected communities.

Photos available via this link.

Identified through forward-looking analysis, the ‘hunger hotspots’ have the potential for acute food insecurity to increase during the outlook period. The hotspots are selected through a consensus-based process involving the U.N. World Food Programme and FAO field and technical teams, alongside analysts specialized in conflict, economic risks and natural hazards.

The report provides country-specific recommendations on priorities for anticipatory action – short-term protective interventions to be implemented before new humanitarian needs materialize and emergency response – actions to address existing humanitarian needs. The report is part of a series of analytical products produced under the Global Network Against Food Crises, to enhance and coordinate the generation and sharing of evidence-based information and analysis for preventing and addressing food crises.

The Food and Agriculture Organization of the United Nations (FAO) is a specialized agency that leads international efforts to defeat hunger. It aims at transforming agri-food systems, making them more efficient, inclusive, resilient and sustainable for better production, better nutrition, better environment and better life, leaving no-one behind. FAO’s goal is to achieve food security for all and make sure that people have regular access to enough high-quality food to lead active, healthy lives. With over 194 Members, FAO works in over 130 countries worldwide.

About the Global Network Against Food Crises

Founded by the European Union, FAO and the U.N. World Food Programme in 2016, the Global Network Against Food Crises is an alliance of humanitarian and development actors working together to prevent, prepare for and respond to food crises and support the Sustainable Development Goal to End Hunger (SDG 2).