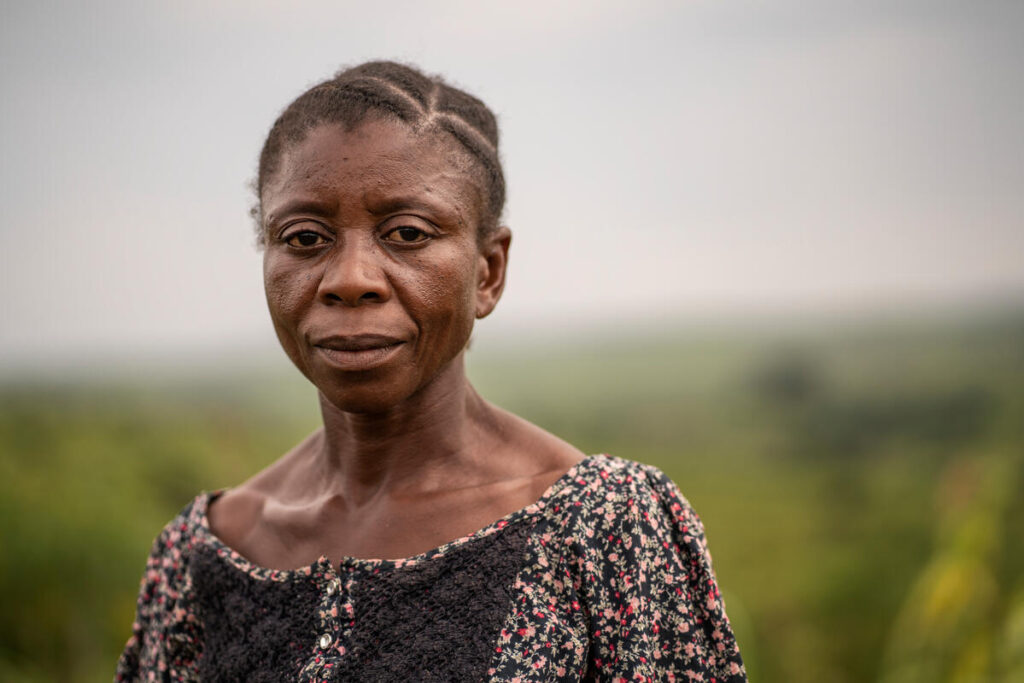 Rome – New findings indicate the food crisis in the Democratic Republic of the Congo (DRC) shows little sign of abating and could worsen in the coming months without scaled-up assistance, the Food and Agriculture Organization of the United Nations (FAO) and the United Nations World Food Programme (WFP) warned today.

The number of people in the country who fall in the IPC’s crisis phase of severe hunger levels, or IPC 3, is higher than any other country analysed by the IPC.

The new IPC report, showing even areas in and around the capital Kinshasa badly affected, forecasts the alarming hunger numbers are likely to remain unchanged through the first half of 2022. Indeed, the nutrition picture could even worsen in some regions and among particularly vulnerable groups, including young children and pregnant or nursing mothers.

“The food situation for many people in the Democratic Republic of the Congo remains desperate, with so many different obstacles – insecurity, disease, devastation and lack of infrastructure, low access to quality inputs and finance to name but a few – ganging up against their chances of being able to properly feed themselves and their families. The only way to break the cycle and shift these trends is to help them increase their resilience and productivity,” said Aristide Ongone, the FAO Representative in the DRC

“These numbers are a wake-up call for more action and to do things differently,” said U.N. World Food Programme DRC Country Representative and Country Director, Peter Musoko. “Right now, it feels like we’re bailing out a leaky boat. We need to get together with the government, our partners and the private sector, to figure out how to give hope to the people of this country.”

The DRC’s food crisis stems from a toxic mix of factors. Agricultural production has languished amid violence and insecurity, which have cut off whole communities from their fields. Transport and communication infrastructure are crumbling. Multiple armed groups have displaced millions, especially in the Northeast, where insecurity is on the rise in two particular hotspots, despite a state of emergency imposed in May.

Even where food is available, high prices and falling incomes mean many people are unable to afford proper nutrition.

While the country has experienced a complex and protracted crisis for over two decades, the devastating effects of natural disasters have also been exacerbated by the impact of COVID-19.

The pandemic and measures to contain its spread have devastated the economy, with the local currency plunging and millions losing their jobs, including in the informal sector. Agricultural livelihoods have been hard hit due to a mix of factors, from the coronavirus fallout to insecurity, which have limited farmers’ access to inputs and markets, shrunk production and decimated crops and livestock.

FAO Action to Support the Most Vulnerable

FAO has already scaled up its support to the most vulnerable in country to fast track an effective response to the scope, urgency and complexity of the crisis. Its action to reach 1.1 million people needs a total of $65 million, but so far only $4.5 million of that have been funded.

The focus is on increasing households’ access to tools and seeds; providing quality livestock, which plays a key role in improving nutrition; supporting food processes and storage; and helping small farmers in the fight against animal and plant diseases. This year, FAO aims to provide lifesaving livelihood assistance to 1.1 million people in areas affected by high levels of severe hunger.

In 2021, FAO has provided nearly 160,000 people with seeds and tools, allowing them to produce more than 10,000 tonnes of food; given cash transfers to more than 40,000 people to strengthen their resilience in producing their own food; and vaccinated more than 25,000 cattle against pasteurellosis, among other activities.

WFP’s Response to the Hunger Crisis

The U.N. World Food Programme plans to reach 8.7 million people in DRC in 2021 with food, nutrition and cash-based assistance – nearly two million more than last year – despite an extremely tough operating environment. The support ranges from meeting the immediate food and nutritional needs of the most vulnerable to building longer-term resilience for children and their families. The U.N. World Food Programme’s school feeding program aims to reach 200,000 children in the 2021-22 academic year and half-a-million by 2024.

Together with UNICEF and FAO, the U.N. World Food Programme launched an urban hunger-fighting project, on the outskirts of Kinshasa. The initiative provides cash-transfers to some 100,000 extremely vulnerable people in the commune of N’sele, hard hit by the economic fallout of COVID-19.

Overall, the U.N. World Food Programme needs $99 million through April 2022 to reach those most needing support.

The IPC  is a global, multi partner initiative that facilitates improved decision-making through the provision of consensus-based food insecurity and malnutrition analysis.

The term “high levels of acute food insecurity” (or acute hunger) refers to populations that are in IPC phase 3 or higher.

Populations classified in IPC Phase 3 (Crisis) and IPC Phase 4 (Emergency) need urgent action to save lives, reduce food consumption gaps and protect livelihoods. In Phase 3, families may resort to less preferred or less nutritious food or may skip meals or sell productive assets to put food on the table; in Phase 4, they may resort to more extreme strategies such as selling the last animal that provided them with a means of livelihood or begging.