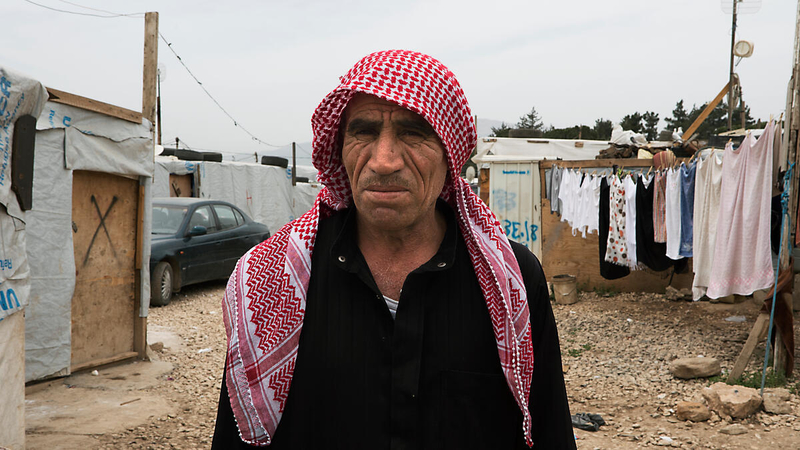 Transforming food systems in the Arab region is crucial to ending hunger and malnutrition in the region.

A United Nations study indicates that hunger in the Arab region continues to rise, threatening the region’s efforts to achieve the 2030 Agenda for Sustainable Development, including the Zero Hunger goal.

The latest edition of the Regional Overview of Food Security and Nutrition in the Near East and North Africa estimates that more than 51 million people in the region are suffering from hunger.

According to the report, the “triple burden of malnutrition” consisting of undernutrition, overweight and obesity, and micronutrient deficiencies (often linked to poor diets) continue to increase at an alarming speed in the Arab region, particularly among school-age children and adults.

The report highlights that 22.5 percent of children under 5 years of age were stunted, 9.2 percent wasted and 9.9 percent were overweight. The Arab region also ranked second for adult obesity in the world in 2019, with 27 percent of the adult population obese.

Vulnerable food systems is a serious concern in the Arab region

“Conflicts and protracted crises continue to be the main drivers behind the degrading hunger situation, but the region’s food systems as a whole are failing to deliver the affordable, diverse, safe and nutritious food to all is exacerbating the situation,” said Abdulhakim El Waer, FAO’s Assistant Director-General and Regional Representative for the Near East and North Africa while commenting on the latest report.

“Population growth and migration, increasing dependency on food imports, water scarcity and the threat of climate change are also putting a heavy toll on the region’s food systems and increase its vulnerability,” Elwaer added.

This year, the report focuses its attention on the resilience of the food systems. Resilience is critical to improve food security and nutrition situation in the region, and to ensure that the region’s food systems are able to resist and recover from shocks and stresses, like the COVID-19 pandemic. It also includes an in depth analysis of current dietary patterns, and the costs of diets for individuals, society, and the planet.

“COVID-19 undermined the already fragile food systems in the Arab region. It is time for urgent action to transform our socio-economic policies, food system strategies and modes of economic and technological governance, to achieve their sustainability and inclusiveness, and ensure food accessibility and healthy diets for all,” Ms. Rola Dashti,  ESCWA Executive Secretary said.

According to the report, growing urbanization, liberalization of markets and demographic, social, economic, and political changes have been contributing to a progressive shift in the way population of the Arab region eat.

“Volatile exchange rates and high prices affect many countries in the region, it is now all the more important to help the most vulnerable to grow their food, generate incomes and become more resilient in the face of these multiple shocks. The past years have shown us how economic collapse and conflict threaten to keep even bread out of peoples’ hands,” says Corinne Fleischer, U.N. World Food Programme Regional Director for the Middle East and North Africa. “Peoples’ ability to put food on the table is key to the stability of societies. Hunger and uncertainty about the next meal breeds conflict and political instability.”

New consumption patterns include shifting away from healthy diets, the traditional, seasonal and more diverse diets rich in whole grains, fruits, and vegetables. They are greatly influencing the nature, scope and magnitude of nutrition problems in the region as well as the burden of diseases and risk factors associated with them.

“Despite the importance of dietary diversity for both the physical and cognitive development of children, diverse and nutritious foods are currently not accessible to all. Conflicts and political instability have contributed to inequities in access to healthy diets within and between countries of the region,” said Ted Chaiban, UNICEF Regional Director for the Middle East and North Africa. “Many countries in the region still show high levels of stunting or overweight in children.  This underlines the need for food systems that protect, promote and support diets, services and practices that prevent child malnutrition in all its forms,” he added.

Sustainable, resilient food systems are fundamental to ensuring that people in the region and future generations eat healthy food, the Regional Overview of Food Security and Nutrition for the Near East and North Africa highlights.

The report calls on countries to transform their food systems to increase their capacity in delivering healthy diets for all, while ensuring that food production and consumption contribute to environmental sustainability.

The Regional Overview of Food Security and Nutrition for the Near East and North Africa sheds the light on the progress towards the targets of Sustainable Development Goal 2 aims at ending hunger and all forms of malnutrition in the region. It also provides projections of the number of undernourished people in the region by 2030 under a continuation of trends.