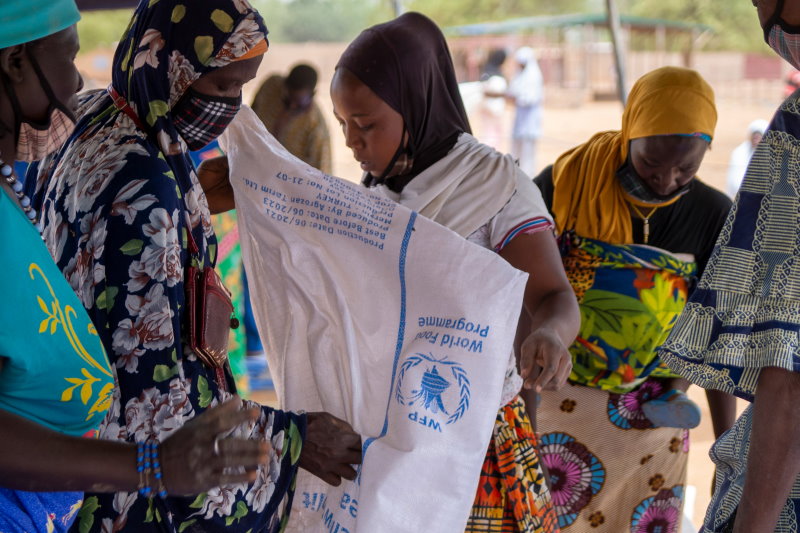 DAKAR – The number of women, men and children affected by a food and nutrition crisis in West and Central Africa is expected to reach a new record high in June 2022 – quadrupling in just three years from 10.7 million in 2019 to 41 million in 2022 – unless appropriate measures are urgently taken, reveals the Cadre Harmonisé food security analysis released in March 2022.

“The situation is spiraling out of control. Needs are escalating much faster than we are currently able to respond – this in an immensely complex and volatile operational environment,” said Chris Nikoi, the U.N. World Food Programme’s regional director for West Africa.

“Both governments and partners need a step-change in tackling the underlying drivers of hunger and malnutrition. Bold and rigorous political actions are needed now, including lifting barriers to the regional trade and ensuring the most acute needs are met during a lean season that is projected to be extremely challenging in the region,” Nikoi added.

There is a high risk that the food and nutrition crisis will be further aggravated due to persistent insecurity that continues to trigger massive population displacement, the impact of the climate crisis, disrupted food systems, limited food production, barriers to regional trade and the socioeconomic fallout from the pandemic which has devastated national economies. Furthermore, the ongoing conflict in Ukraine is violently disrupting the global trade of food, fertilizers and oil products, with the already high prices of agricultural products reaching record highs not seen in the region since 2011.

While the increase in staple food prices has been steady in all countries in the region, a staggering 40% jump from the five-year average has been witnessed in Liberia, Sierra Leone, Nigeria, Burkina Faso, Togo, Niger, Mali and Mauritania – pushing basic meals out of reach for millions of women, men and children.

“This unprecedented food crisis the region is facing offers an opportunity for us to address the root causes of food insecurity in the sub-region by developing food and agricultural systems that are less dependent on external shocks, and a more productive and efficient local agriculture with a particular emphasis on the consumption of local food products” said Dr Gouantoueu Robert Guei, Sub-Regional Coordinator for West Africa and FAO representative in Senegal.

The nutritional situation also remains a grave concern in the region, particularly in the Sahelian countries such as Burkina Faso, Mali, Mauritania, Niger and Chad where an estimated 6 million children under the age of five are likely to suffer from acute malnutrition in 2022. Nutritional analyses conducted across the Sahel and in Nigeria point to a crisis or emergency situation in several locations in Chad, Burkina Faso, Mali and Nigeria.

“Africa has the largest untapped potential of arable land, yet most of these countries import food. Governments need to support long-term agriculture plans for the next generation, including investments in developing agriculture, livestock and fisheries to achieve food security,” said Benoit Thierry, IFAD regional representative in West Africa.

The March 2022 Cadre Harmonisé projections suggest that in coastal countries, the number of food insecure people has doubled since 2020, rising from 3 million people in the June-August 2020 period to over 6 million in June-August 2022. This includes nearly 110,000 people facing Emergency (Phase 4) levels of food insecurity. The coastal region is likely to experience further increases in food prices and disruptions in the supply of agricultural products (especially fertilizers), due to the ongoing conflict in Ukraine.

“Acute food insecurity is no longer restricted to the Sahel; it is expanding into Costal countries. We need to respond in a way that is sustainable, at the right scale, and that tackles the multifaceted socio-political and socio-economic elements of the crises the region faces. This will only be achieved through enhanced collaboration, coordination mechanisms at national and regional levels, and leadership at all levels, including from governments, donors, and UN agencies,” Nikoi added.

The Food and Agriculture Organization (FAO) is the specialized agency of the United Nations that leads international efforts to eliminate hunger. Its goal is to achieve food security for all and to ensure regular and adequate access to good quality food for all, enabling people to lead healthy and active lives. With over 194 member countries, FAO works in more than 130 countries around the world.

Afghan families are reeling from the deadliest earthquake to hit their country in a decade. Across the globe, millions of people are facing the aftermath of natural disasters like this. They NEED emergency relief.