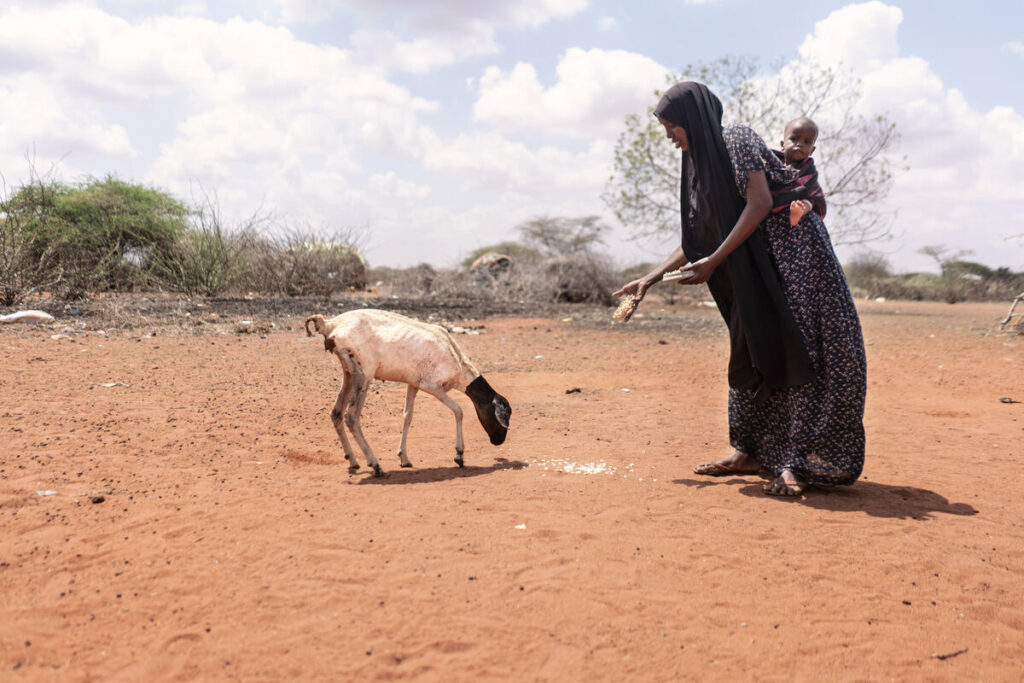 No Rain and No Resources: Millions of Families Across the Horn of Africa Pushed Closer to Catastrophe Each Day

NAIROBI – Almost a month into the current rainy season, desperately needed rains across the Horn of Africa have so far failed to materialize. If these conditions continue, the number of hungry people due to drought could spiral from the currently estimated 14 million to 20 million through 2022, the United Nations World Food Programme (WFP) warned today.

With Somalia facing the risk of famine, half a million Kenyans one step away from catastrophic levels of hunger and malnutrition rates in Ethiopia well above emergency thresholds, time is fast running out for families who are struggling to survive.

“We know from past experience that acting early to avert a humanitarian catastrophe is vital, yet our ability to launch the response has been limited due to a lack of funding to date,” said Michael Dunford, U.N. World Food Programme’s regional director for Eastern Africa. “The U.N. World Food Programme and other humanitarian agencies have been warning the international community since last year that this drought could be disastrous if we didn’t act immediately, but funding has failed to materialize at the scale required.”

The situation has been compounded by the fallout of conflict in Ukraine, with the cost of food and fuel soaring to unprecedented highs. Drought-affected countries across the Horn of Africa are likely to be the hardest hit by impacts of the conflict – the cost of a food basket has already risen, particularly in Ethiopia (66%) and Somalia (36%) which depend heavily on wheat from Black Sea basin countries. The disruption in imports further threatens food security. Shipping costs on some routes have doubled since January 2022.

During the 2016/17 drought in the Horn of Africa, catastrophe was avoided through early action. Humanitarian assistance was scaled up before there was widespread hunger. In 2022, due to a severe lack of resourcing, there are growing fears that it won’t be possible to prevent the looming disaster – and millions will suffer as a result.

In Ethiopia crops have failed, over a million livestock have died and an estimated 7.2 million people wake up hungry every day in southern and southeastern Ethiopia as the country grapples with the most severe drought since 1981. The U.N. World Food Programme is on the ground, aiming to support 3.5 million people with emergency food and nutrition assistance, school feeding programs as well as climate change adaptation and resilience building activities. Immediate and scaled-up assistance is critical to avoid a major humanitarian crisis in the drought-affected areas of Ethiopia and help communities become more resilient to extreme climate shocks. The U.N. World Food Programme urgently requires $239 million over the next six months to respond to the drought in southern Ethiopia.

In Kenya, the number of people in need of assistance has risen more than fourfold in less than two years. According to the Short Rains Assessment, the rapidly escalating drought has left 3.1 million people acutely hungry (IPC3 and above), including half a million Kenyans who are facing emergency levels of hunger (IPC4). The U.N. World Food Programme urgently requires $42 million over the next six months to meet the needs of the most critically affected communities in northern and eastern parts of the country.