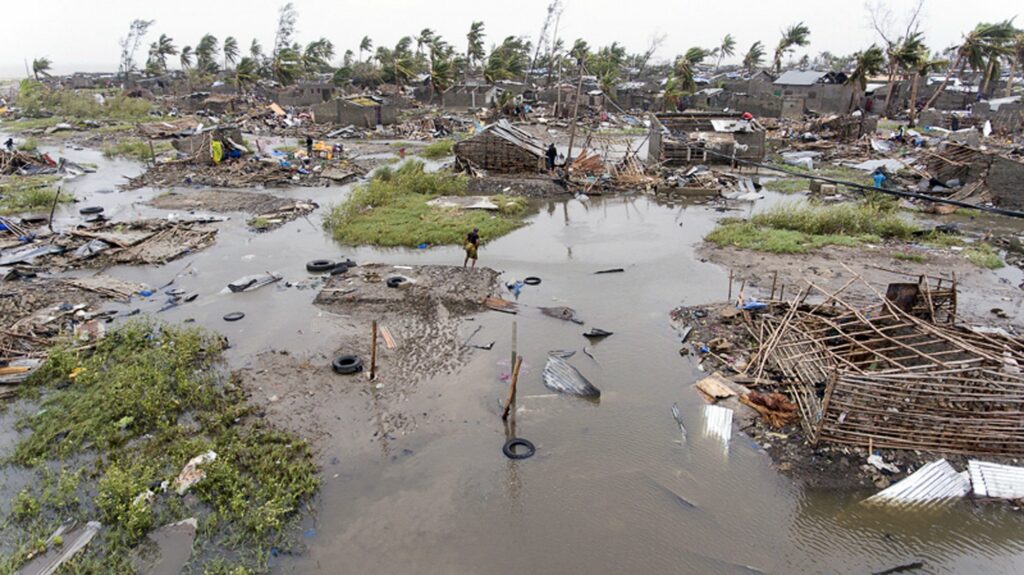 BEIRA – The United Nations World Food Programme stepped up food distributions in and around Beira on Wednesday, with more airdrops of high-energy biscuits (HEBs) to isolated pockets of people stranded by the floodwaters and the delivery of easy-to-prepare fortified food to displaced families sheltering in schools and other public buildings in the town of Dondo, 45 kilometers north east of the port city.

Infants, children and elderly people hoisted to safety from rooftops across the vast floodplains and airlifted to Beira were also given HEBs, used in emergencies as they are nutritious, easy to transport, and don’t need cooking. The biscuits are part of a 20-ton consignment flown into Beira on Sunday from a WFP-run UN emergency response depot in Dubai. A peanut-based micro-nutrient rich paste to prevent and treat malnutrition is also being distributed.

An MI-8 transport helicopter contracted by the WFP-run United Nations Humanitarian Air Service (UNHAS) arrived in Beira Wednesday to support rescue and relief operations – the first of three helicopters due to arrive there this week.

The immense, wide-ranging international response has been facilitated by the government’s declaration on Tuesday of Mozambique’s first ever national emergency.