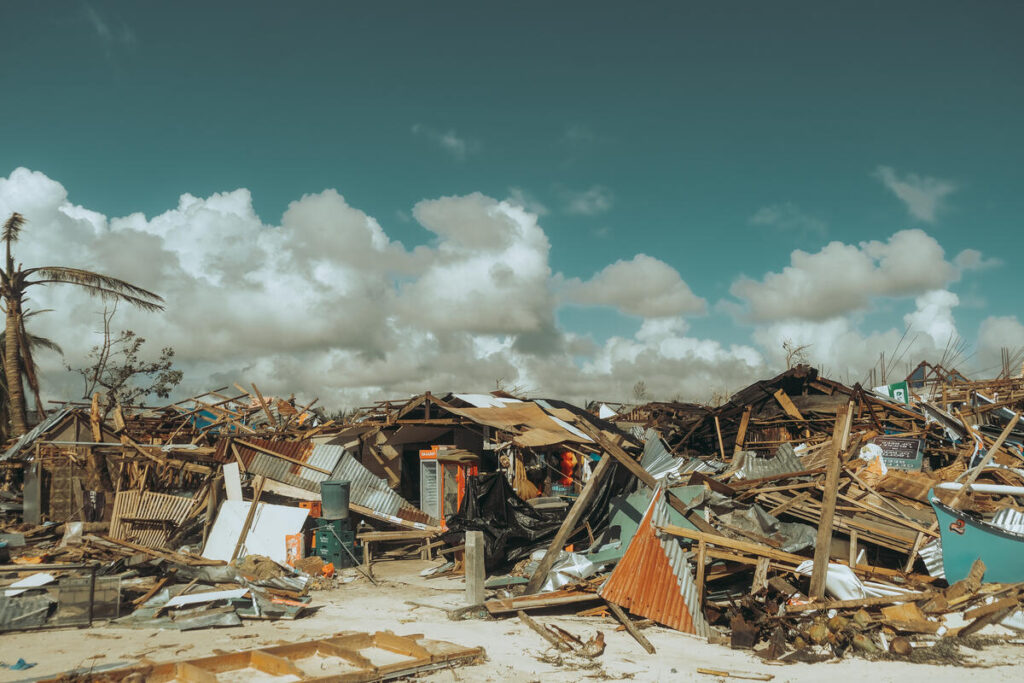 MANILA – Three weeks after Super Typhoon Odette (known internationally as Rai) devastated a huge swathe of the Philippines, the United Nations World Food Programme (WFP) is warning that nutrition and food security are at risk in communities in hard-hit areas unless immediate food needs are met over the next six months.

“Super Typhoon Odette left a trail of devastation in its wake – affecting millions. Unless we act now and provide badly needed food assistance to affected families, we risk seeing a rapid rise in preventable malnutrition,” said U.N. World Food Programme Country Director and Representative Brenda Barton. 11 out of the Philippines’ 17 regions were affected.

Typhoon Odette – the strongest typhoon to strike the Philippine archipelago in 2021- made landfall nine times over an area the size of Austria over two days. Over 7 million people were affected, according to the latest government data, and the typhoon flattened houses, upended lives, and devastated farming and fishing communities which provide a major source of income and livelihoods. It caused massive electricity and telecommunications outages that are still affecting many areas.

“Advance preparations and early response by the government have been laudable. Death rates have been relatively low and emergency support is rolling out to communities. But the road to recovery is long and more support will be needed,” Barton added.

She underlined highly concerning hunger levels and malnutrition rates pre-typhoon. In some impacted areas like Caraga region, 53 percent of families were unable to afford a nutritious diet while childhood stunting was 36 percent (beyond the World Health Organization threshold, which signifies “very high public health significance.”) Stunting indicates that children are already suffering from long-term deprivation. Their nutritional status puts them greater risk for diseases and even death.

In support of government-led relief and recovery efforts, the U.N. World Food Programme requires $25.8 million to provide food assistance to 250,000 typhoon survivors, alongside emergency logistics and telecommunications support to the broader typhoon response. Of this, $20.8 million is needed for food and cash transfers over the next six months.

Initially, the U.N. World Food Programme will provide food to augment the family food packs given out by the Department of Social Welfare (DSWD), ensuring communities can meet their essential food needs while food prices remain unstable. This will be followed by cash assistance, which will help people to recover while also stimulating the economy in places where markets are already up-and-running.

So far, U.N. World Food Programme has received $4.7 million – from the Governments of Australia, Brazil, Ireland and the US, the United Nations Central Emergency Response Fund (CERF), private sector and generous individual donations via the U.N. World Food Programme’s Share The Meal website and app. “Immediate funding is essential if we are to prevent a nutrition emergency – we were already seeing worrisome malnutrition in the affected areas,” Barton added.

When Typhoon Odette hit, the U.N. World Food Programme immediately supported the Philippine Government in its relief efforts, deploying 113 trucks to the Department of Social Welfare and Development (DSWD) for the delivery of family food packs, hygiene kits and other non-food relief items. The U.N. World Food Programme and the Department of Information, Communication and Technology have also – for the first time – rolled out innovative mobile emergency telecommunications sets (“MOVE”) which have made it possible for emergency responders to quickly communicate and coordinate in the immediate aftermath of the typhoon.

According to the United Nations Population Fund (UNFPA), women and girls become even more vulnerable to sexual exploitation, human trafficking and gender-based violence after natural calamities such as Typhoon Odette. Unconfirmed incidents of rape, domestic violence and sex in exchange for food have been reported by UNFPA field staff – a result of the desperate situation ignited by the scarcity of food and clean water, and the disruption of community support systems and protection mechanisms brought upon by Typhoon Odette.

“We’re seeing all of these challenges at the present time, and we know that they are linked. That is why we put women’s health, rights, and choices at the center of our humanitarian response to the devastation wrought by Super Typhoon Odette,“ said Dr. Leila Joudane, UNFPA Representative in the Philippines.

The U.N. World Food Programme’s funding request for $25.8 million to assist 250,000 people is part of the Humanitarian Needs and Priorities (HNP) plan which aims to mobilize $107.2 million to assist 530,000 people mostly in typhoon-affected areas from December 2021 to June 2022. UNICEF and the National Nutrition Council co-lead the national Nutrition Cluster comprising: national government, UN , NGO’s and CSO’s.