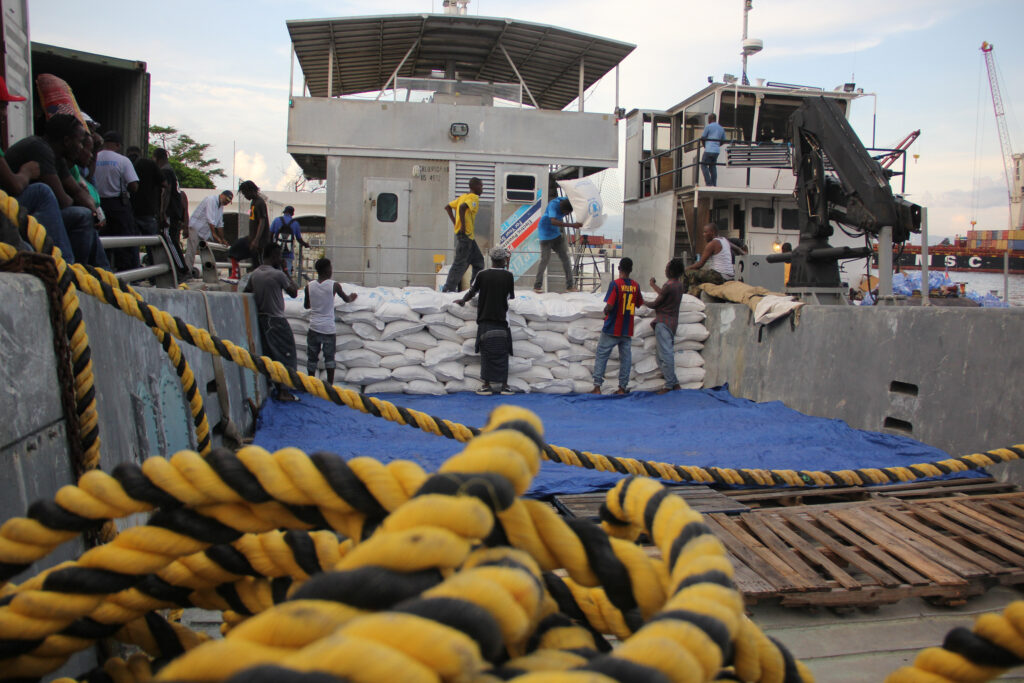 One Month On From Hurricane Matthew, WFP Has Fed Nearly 400,000 Haitians

PORT-AU-PRINCE – A month after Hurricane Matthew made devastating landfall in Haiti, claiming many lives and destroying livelihoods and infrastructure, the World Food Programme (WFP) has distributed food assistance to almost 400,000 people as part of its continuing support to the Government’s recovery efforts.

“In the immediate aftermath of the hurricane, WFP responded by using pre-positioned food stocks. The first distribution took place in Jeremie. One month on, we are accessing new locations every day”, said Ronald Tran Ba Huy, WFP’s newly appointed Representative in Haiti. “We are doing our utmost to help the survivors. They must not be forgotten.”

Some heavily populated areas in the south-western departments of Grande-Anse and Sud have been partially or totally destroyed. But despite massive logistical challenges, WFP and partners are reaching vulnerable communities by truck, helicopter and boat to deliver life-saving food rations. To date, 140,000 people are still displaced and living in temporary shelter.

WFP has been scaling up operations following an Emergency Food Security Assessment, which showed hundreds of thousands of people in need of urgent food assistance. Reports of widespread losses of crops (up to 100 percent in some areas of Grande-Anse), livestock and seeds have increased the urgency, as local markets run out of food and prices of imported goods rise. The November planting season and harvests expected in early 2017 could be seriously affected, exacerbating and prolonging acute food insecurity well into next year.

Besides delivering food assistance to those affected, WFP provides global logistics support to the humanitarian community in the form of storage space, transport, telecommunications and accommodation capacity.

In order to meet urgent food and logistics needs, WFP requires US$58 million. Of this figure, WFP has already received US$18 million from Brazil, Canada, Japan, Republic of Korea, Liechtenstein, Lithuania, USAID, the United Nations Central Emergency Response Fund, and private sector companies, among which US$14 million were received from the United States. But WFP still requires US$40 million, over the next two to three months, to keep providing life-saving support to those who have few or no means to feed themselves.

WFP is the world’s largest humanitarian agency fighting hunger worldwide, delivering food assistance in emergencies and working with communities to improve nutrition and build resilience. Each year, WFP assists some 80 million people in around 80 countries.