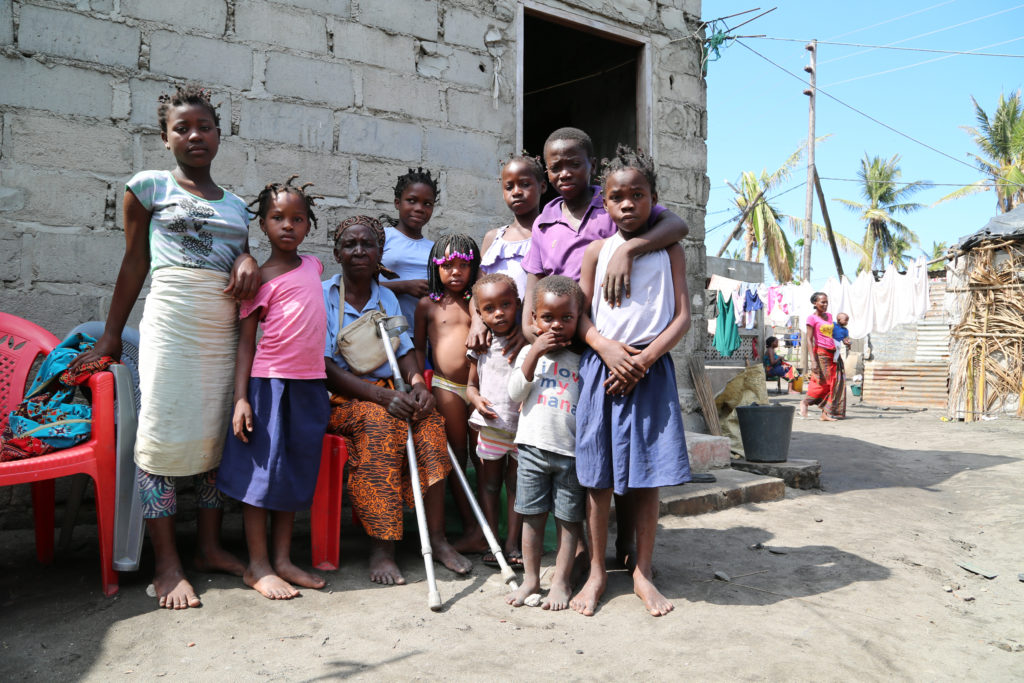 Then, Cyclone Eloise made landfall in January of 2021,  destroying vital infrastructure and thousands of homes, dealing another devastating blow to families still trying to put their lives together after Cyclone Idai. In the north of the country, nearly 1 million people are facing a hunger crisis driven by violence, ongoing attacks from  climate shocks and skyrocketing food prices.

Here’s a look back at our story of recovery post-Idai, one year after the storm:

BEIRA/JOHANNESBURG – A year after Cyclone Idai devastated much of central Mozambique, limited funding for essential reconstruction is preventing many of the hardest-hit people from getting back on their feet, according to the United Nations World Food Programme (WFP).

In the weeks after the strongest storm to ever hit the country, the U.N. World Food Programme’s emergency assistance kick-started the recovery of 1.8 million people. But many others, who are still struggling today, face a bleak and uncertain future.

“For people who had their lives turned upside down, our projects – community farms, road and bridge repair, the rebuilding of schools – are a source of hope,” said Lola Castro, the U.N. World Food Programme’s Regional Director for Southern Africa. “This essential work must continue if we want to see real and lasting recovery,” Castro added.

The upcoming April-May harvest is expected to be relatively good in the region. However, few of the 250,000 families whose homes were damaged by the cyclone have been able to return to their villages, let alone rebuild.

The U.N. World Food Programme needs $91 million to be able to fully implement rehabilitation projects for Idai victims this year.

Many are subsistence farmers whose crops were wiped out last year and who were unable to replant in time for this year. Most are enduring “crisis” or “emergency” levels of food insecurity, meaning they do not eat enough, borrow what they can from relatives or friends, forage for less-than-nourishing wild foods, and continue to need outside help to survive.

Mozambique has one of the highest rates of chronic malnutrition in the world – afflicting 43 percent of children under five – while acute malnutrition is on the rise among Idai-affected communities. A rare outbreak of Pellagra, a disease triggered by Vitamin B3 deficiency, has sickened almost 4,000 people in Sofala, with the numbers increasing rapidly.

“Boosting Mozambicans’ ability to withstand the impacts of increasingly severe drought and flooding was the core of our work before the cyclones struck,” said Castro. “It’s what we must resume now, and, with partners, step up in the coming years.”

The U.N. World Food Programme is the world’s largest humanitarian organization, saving lives in emergencies, building prosperity and supporting a sustainable future for people recovering from conflict, disasters and the impact of climate change.