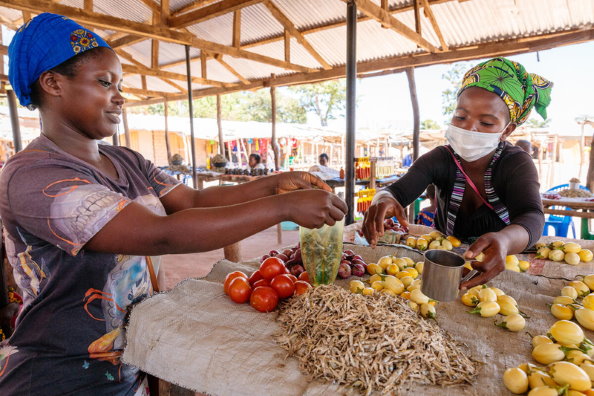 Broadcast quality footage for this story available via this link

“High food prices are hunger’s new best friend. We already have conflict, climate and COVID-19 working together to push more people into hunger and misery. Now food prices have joined the deadly trio,” said U.N. World Food Programme Chief Economist Arif Husain. “If you’re a family that already spends two thirds of your income on food, hikes in the price of food already spell trouble. Imagine what they mean if you’ve already lost part or all of your income because of COVID-19.”

Latest food price data from the U.N. World Food Programme’s Market Monitor shows that the average price of wheat flour in Lebanon – where economic turmoil has accelerated over the last year – was 50 percent higher in March-May 2021 than in the previous three months. Year-on-year, the price has risen by 219 percent. Meanwhile, in Syria the price of cooking oil has increased by 58 percent over the same time period, and by a staggering 440 percent year-on-year.

But there are also high food price hotspots in Africa. In Mozambique, which is ravaged by conflict in the north of the country, the price of cassava flour went up by 45 percent in March-May 2021 compared to the previous three months, the U.N. World Food Programme’s data shows.

On international markets, after rising for 12 straight months, food prices dipped slightly in June according to the Food Price Index of the UN Food and Agriculture Organization – which measures price changes in international markets. The index stood at 124.6 in June, just below the peak of 136.7 in 2011. Meanwhile, over the last three months the cost of a basic food basket has gone up by more than 10 percent in 9 countries where U.N. World Food Programme works.

New evidence on the impact of the pandemic on chronic hunger worldwide will be published next week in the annual State of Food and Nutrition Security in the World (SOFI) report, which focuses on complementary food system solutions that address the key drivers of food insecurity and malnutrition: conflict, climate change and economic downturns.

The recent price hikes directly impact the people the U.N. World Food Programme serves, but also millions of families on the edge of hunger whose incomes have been decimated by the pandemic. The World Bank has estimated that the pandemic could push as many as 97 million people worldwide into extreme poverty by the end of 2021.

Countries more likely to experience high food price inflation are those that depend on imports for food, those where climatic or conflict shocks could disrupt local food production, and those suffering from macro-economic fragility – with the Middle East witnessing some of the highest price increases. In many countries, currency depreciation has further driven up local food prices, affecting people in places such as Zimbabwe, Syria, Ethiopia and Venezuela.

For the U.N. World Food Programme, high food prices have two effects. Firstly, they drive up the number of people around the world who need food assistance. Secondly, they increase the cost of buying the commodities needed for food assistance operations. In the first four months of 2021, the U.N. World Food Programme paid 13 percent more for wheat than it did in the previous year.

A record 270 million people are estimated to be acutely food insecure or at high risk in 2021 – a 40 percent jump from 2020, driven by conflict, economic shocks, natural disasters, the socio-economic fallout from COVID-19, and now food price hikes. In 2021, the U.N. World Food Programme is undertaking the biggest operation in its history, targeting 139 million people worldwide.