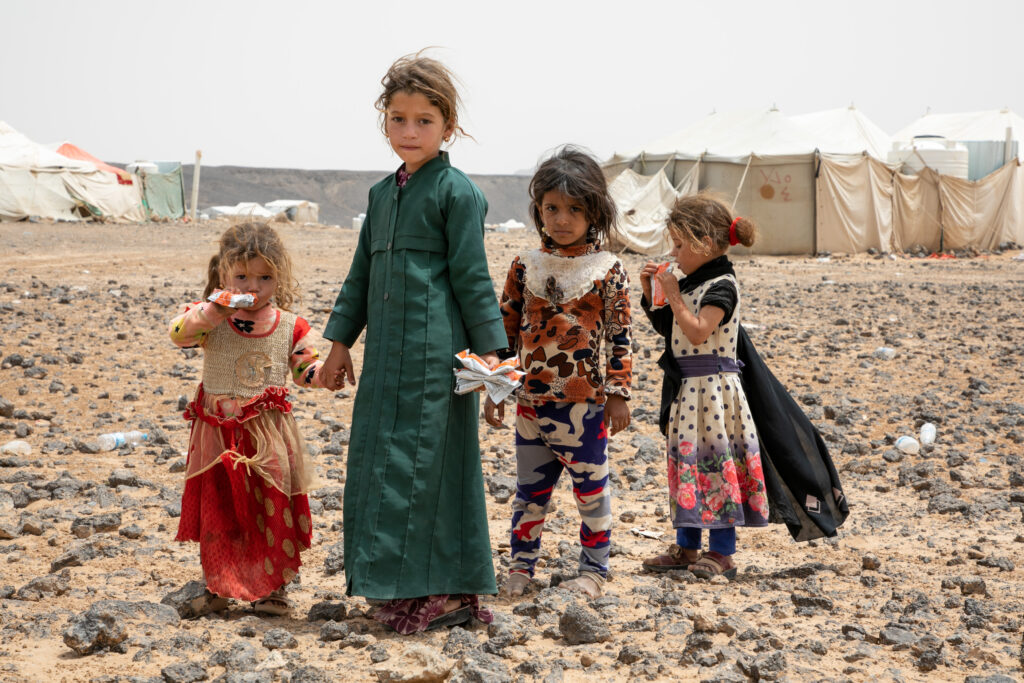 “There’s good news and bad news actually. The good news is that we were really in trouble earlier in the year and we had to cut rations, but major donors stepped up like the U.S., like Germany, UAE and the Saudis stepped up and allowed us to give again full rations. Because of that we averted famine and catastrophe. However here we are, we are running out of money and by October we will have to cut 3.2 million people in terms of their rations, by December 5 million people of their rations.

In a nation of 30 million people we reach 12.9 million on general food rations, 3.3 million children and woman that are in significant need of special nutrition and we also reach 1.6 million school children. So, our hands are full. There’s a lot going on, and the people are suffering immensely

We’re literally looking at 16 million people marching towards starvation. We need this war to end number 1, and if donors are getting fatigued, well, end the war. World leaders need to put the pressure on all parties involved to end his conflict because the people Yemen have suffered enough. They have no coping capacity, prices are collapsing in terms of the devaluation of the riyal, food prices are spiking. They don’t have any money left over to buy anything. It is a heartbreak, it really is.

As (UNICEF Executive Director) Henrietta (Fore) said, as (UN Under-Secretary-General for Humanitarian Affairs) Martin Griffiths said many times, every 10 minutes a child is dying from lack of food, lack of nutrition. Do the math. Just do the math. That is a thousand people a week dying from lack of food and nutrition. We are predicting that if we don’t receive the funds that we need in the next 6 months — which is $800 million — when we start cutting rations, you could actually see that number go to 400,000 children under age five dying in the next year. What if that was your little girl, and your little boy? We have a moral, obligation, to speak out and step up.

These are our children; these are our brothers and sisters we need the donors to step up immediately otherwise children are going to die. Let’s not let them down. Let’s do what we need to do.”