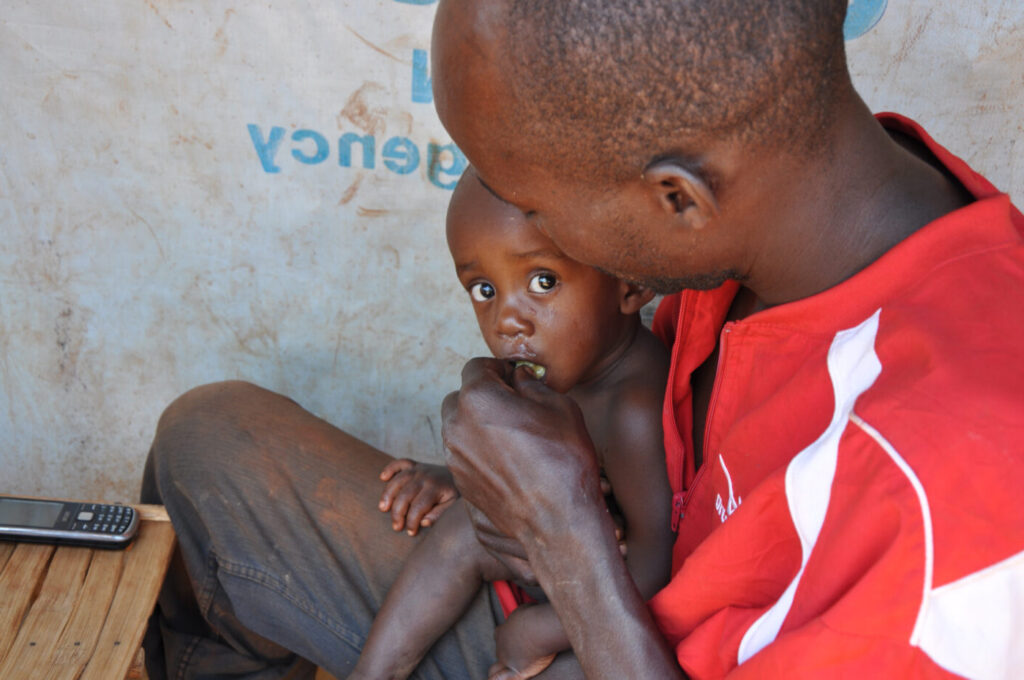 ROME – Millions of refugees are looking to a future of uncertainty and hunger as the effects of the pandemic on aid budgets play out in funding shortages for emergency operations, the United Nations World Food Programme (WFP) warned ahead of World Refugee Day.

Significant funding shortfalls across East and Southern Africa as well as the Middle East have forced ration cuts upon some of the world’s most vulnerable people who rely on U.N. World Food Programme food to survive. In East Africa alone, almost three-quarters of refugees have had their rations cut by up to 50 percent. In Southern Africa, refugees in Tanzania who depend entirely on U.N. World Food Programme assistance have had their rations cut by almost one-third.  Significant funding shortages for the Syria Regional Refugee Response mean 242,000 refugees in Jordan may be cut off from assistance at the end of August unless more funding is received.

“What we may be seeing is the impact of COVID-19 on donor government funding and this is negatively impacting our ability to respond and support some of the world’s most vulnerable people,” said Margot van der Velden, U.N. World Food Programme Director of Emergencies. “The lives of the most marginalized people in the world are on the line and we are urging donors not to turn their backs on refugees when they need it most.”

To avoid any cuts in food assistance – either through reduced rations or excluding people from assistance altogether –sufficient funding is needed at least one month ahead of the expected break in the flow of food to the refugee-hosting countries.

The increasing funding gaps intersect with rising food prices and fewer opportunities for refugees to supplement their food assistance as informal economies shrink due to COVID-19 lockdowns.

Meanwhile, the number of people in desperate need is on the rise globally as conflict, disasters and economic meltdowns are driving up levels of hunger. The U.N. World Food Programme and other humanitarian agencies face brutal choices. In Rwanda, the U.N. World Food Programme has rolled out targeted food assistance prioritizing those most in need. Despite this, funding is so short that even the most vulnerable still aren’t receiving full rations, which come in the form of cash assistance.

“During COVID-19 lockdown, we couldn’t leave the camp and we couldn’t earn anything as all casual work outside the camp stopped,” said Ange, a refugee from the Democratic Republic of Congo (DRC) living in Rwanda. “The situation got worse when our food ration was reduced. My family started facing a serious food shortage.”

As a new U.N. World Food Programme report indicates a surge in people teetering on the brink of famine – which has risen from 34 million projected at the beginning of the year to 41 million projected as of June – it’s vital that the world steps forward to support the most vulnerable.

Cameroon: The U.N. World Food Programme may be required to reduce the food rations for the most vulnerable beneficiaries, including 70,000 Nigerian and 100,000 CAR refugees.

East Africa: Funding shortfalls have forced ration cuts for over 3 million refugees of up to 60 percent. Rations were cut by 50 percent in South Sudan, 40 percent in Uganda and Kenya, 23 percent in Djibouti, 16 percent in Ethiopia and 8 percent in Rwanda.

Malawi: Under its refugee response, U.N. World Food Programme Malawi rolled out cash-based transfers and kick-started livelihood support activities to enhance self-reliance for refugees. However, funding shortfalls have led to a 25 percent ration cut since July 2020.

Republic of Congo: The U.N. World Food Programme provides assistance to more than 20,000 refugees from CAR. Significant shortfalls have meant that food distribution cycles have been irregular.

Syria Refugee Regional: In the five countries where U.N. World Food Programme supports Syrian refugees, $408 million is required for the next six months.