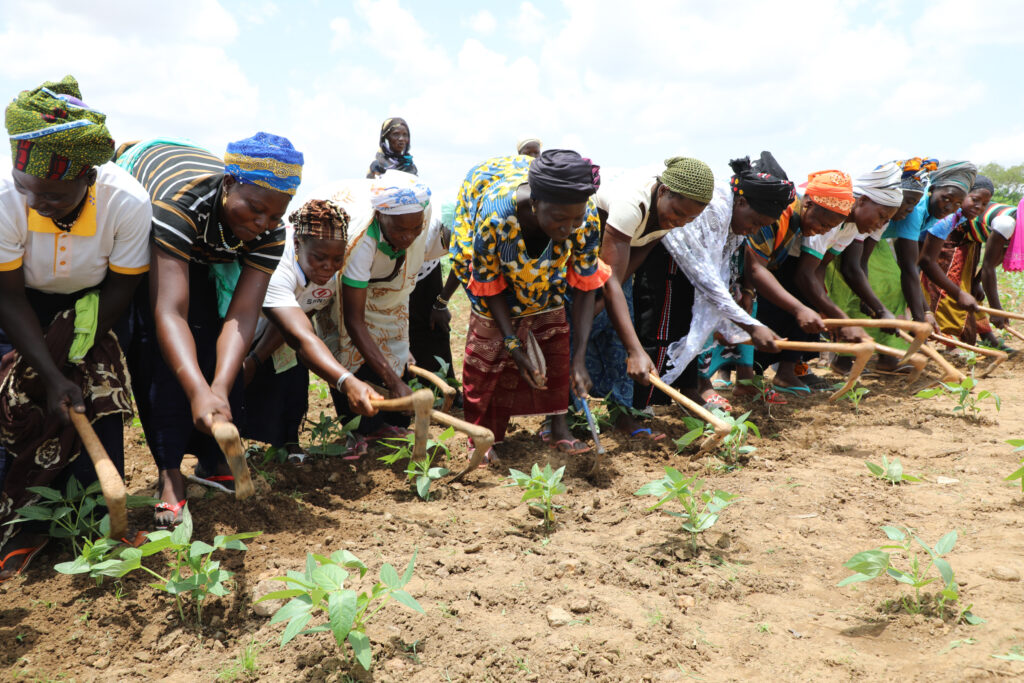 Rome – The three United Nations’ Rome-based agencies dedicated to food and agriculture called today for bolder action to achieve gender equality and empower women and girls in the agricultural sector and beyond.

Securing sustainable global food systems is only possible if women everywhere are empowered and their rights recognized and respected, stressed FAO, IFAD and WFP at an event today marking International Women’s Day (IWD) at FAO headquarters.

This year’s IWD – with the theme “I am Generation Equality: Realizing Women’s Rights” – is an opportunity to review global progress on gender equality and women’s empowerment in the 25 years since the Fourth World Conference on Women, identify remaining gender gaps and outline the way forward.

“FAO will continue to play its part, in partnership with others, in strengthening gender equality, realizing women’s rights and accelerating their socio-economic empowerment. Only then will we reach our common goal: to eradicate hunger, ensure food security, eliminate all forms of malnutrition and make this world a better place for all of us,” said FAO Director-General QU Dongyu.

“Each year, International Women’s Day is both a cause for celebration and a call for action,” said Gilbert F. Houngbo, IFAD President. “Collectively, we can work together to create a gender-equal world. Not simply because it’s the right thing to do, but also because it makes sense. Increasing gender equality is critical to deliver strong economic growth. It can help cut down on extreme poverty and reduce chronic hunger. It can lead to longer-lasting peace. And it can benefit entire families and empower all those who face discrimination.”

“We know Zero Hunger will not be achieved just by giving people food. This is why our programs work to empower women so they can be financially self-sufficient and make their own decisions. By giving women and men an equal voice and an equal say on issues affecting their families and communities we can eradicate hunger and malnutrition,” said WFP Assistant Executive Director, Manoj Juneja.

Women, especially in rural areas, are instrumental in the fight against hunger and malnutrition and in making food systems more productive and sustainable.

They grow food, reduce food losses, make diets more diverse and agricultural produce more marketable along the agri-food value chain. Yet, in many parts of the world women continue to face significant social and economic discrimination.

They often lack access to productive resources, agricultural inputs, information, finance, services, markets, and social protection as well as technological and entrepreneurial know-how. In addition, many rural women are the primary caretakers in their households, which means they face heavy workloads that undermine their productive capacity and overall wellbeing.

When rural women are empowered, the results are palpable

For example, nearly 50,000 people (two thirds of them women) and, by extension, over 300,000 family members across seven countries (Ethiopia, Guatemala, Kyrgyzstan, Liberia, Nepal, Niger and Rwanda) increased their agricultural production and their families’ nutrition status as well as their incomes thanks to a joint FAO, IFAD, WFP and UN Women program that entailed capacity development, technical support and the promotion of gender-responsive approaches in rural institutions and gender-sensitive agricultural policies.

Despite some progress, change has been slow for most of the world’s women and girls

The three Rome-based UN agencies also note that there are still gaps in our knowledge about the differences between men and women in terms of their roles and opportunities in agriculture and how gender disparities play out in different ecological, cultural and political contexts.

What is well known, however, is that rural women are disproportionately vulnerable to food insecurity as well as economic and environmental shocks. Furthermore, harmful social norms and stereotypes on what women can or should do persist in many parts of the world, but these are difficult to address through conventional interventions. Food taboos that are detrimental to women’s health and nutrition are still prevalent in many countries. In some areas of Africa or Asia, for example, pregnant and nursing women are not allowed to eat certain nutritious foods, such as fish.

Overall, despite some progress, change has been slow for most of the world’s women and girls. Not one single country can claim to have achieved gender equality.

The event hosted by FAO today brings together representatives of the UN agencies’ member states, gender experts, representatives of civil society and others to discuss how we can close the existing gender gaps in agriculture and rural livelihoods. The event also showcases good practices in establishing national policies and programs for promoting gender equality and rural women’s empowerment.

Gender equality in the food and agriculture sectors – facts and figures:

The Food and Agriculture Organization (FAO) is a specialized agency of the United Nations that leads international efforts to defeat hunger.  FAO’s goal is to achieve food security for all and make sure that women and men everywhere have regular access to enough high-quality food to lead active, healthy lives. With over 194 member states, FAO works in over 130 countries worldwide. We believe that everyone can play a part in ending hunger. Join us in creating a #ZeroHunger world.

IFAD has invested in rural people for 40 years, empowering them to reduce poverty, increase food security, improve nutrition and strengthen resilience. Since 1978, we have provided $20.4 billion in grants and low-interest loans to projects that have reached about 480 million people. IFAD is an international financial institution and a specialized United Nations agency based in Rome – the UN’s food and agriculture hub.