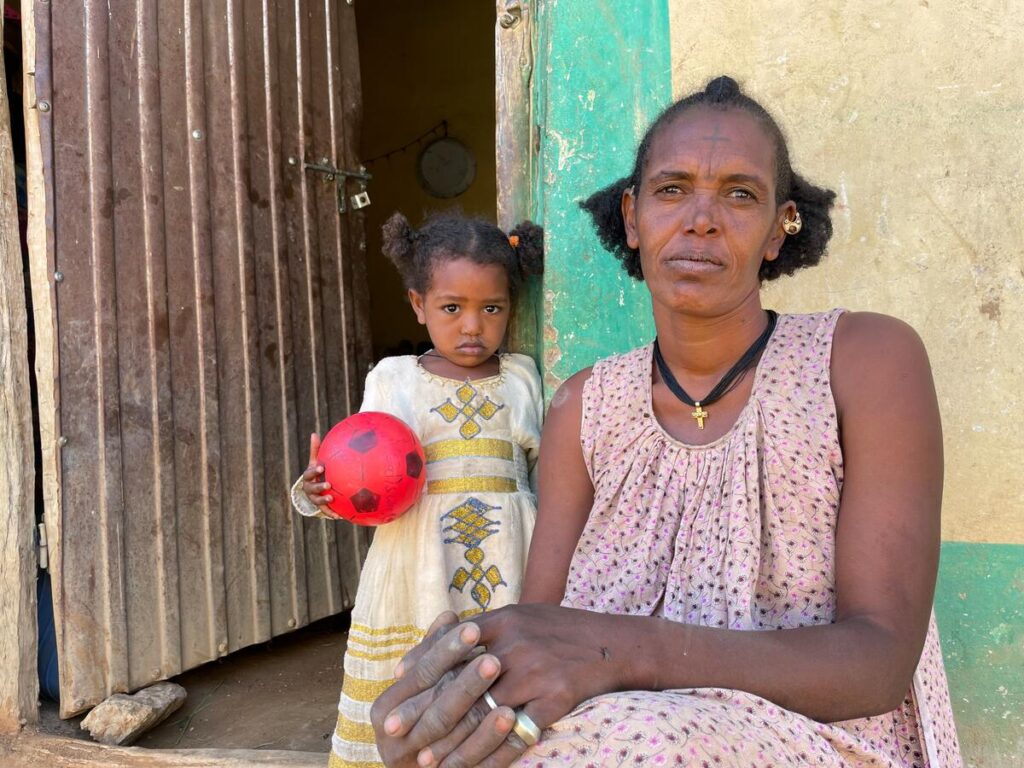 ADDIS ABABA –  A new food security assessment, released today by the United Nations World Food Programme (WFP), shows that almost 40 percent of Tigrayans are suffering an extreme lack of food, after 15 months of conflict. Meanwhile, across all three conflict-affected regions of the north more than 9 million people are in need of humanitarian food assistance, the highest number yet.

The Tigray Emergency Food Security Assessment found that 83 percent of people are hungry. Families are exhausting all means to feed themselves, with three-quarters of the population using extreme coping strategies to survive. Diets are increasingly impoverished as food items become unavailable and families rely almost exclusively on cereals while limiting portion sizes and the number of meals they eat each day to make whatever food is available stretch further.

In terms of nutrition, the survey found that 13 percent of Tigrayan children under 5 and half of all pregnant and breastfeeding women are malnourished, leading to poor pregnancy outcomes, low-birth weight, stunting and maternal death.

“This bleak assessment reconfirms that what the people of northern Ethiopia need is scaled up humanitarian assistance, and they need it now,” said Michael Dunford, the U.N. World Food Programme’s regional director for Eastern Africa.

“The U.N. World Food Programme is doing all it can to ensure our convoys with food and medicines make it through the frontlines. But if hostilities persist, we need all the parties to the conflict to agree to a humanitarian pause and formally agreed transport corridors, so that supplies can reach the millions besieged by hunger.”

In neighboring Amhara region, hunger has more than doubled in five months because the region bore the brunt of recent fighting between the Ethiopian National Defence Force (ENDF) and the Tigray Forces (TF). More than 14 percent of children under five and almost a third of pregnant and breastfeeding women are malnourished.

In Afar region, to the east of Tigray, conflict-driven displacement is pushing hunger and malnutrition rates up. Recent health screening data shows malnutrition rates for children under five were at 28 percent, far above the standard emergency threshold of 15 percent. Intensified conflict on the Tigray-Afar border in recent days is expected to force more communities from their homes and deeper into hunger.

The U.N. World Food Programme estimates that on average, crisis-affected families in northern Ethiopia were getting less than 30 percent of their caloric needs in the past months, pushing people deeper into crisis. It’s expected that that constant humanitarian food assistance will be required at least throughout 2022.

Since March, and despite the challenges posed to operations, the U.N. World Food Programme has reached almost 4 million people across northern Ethiopia with food and nutrition assistance. The survey found that when access to Tigray improved during the summer months, humanitarian assistance from the U.N. World Food Programme and its partners kept starvation at bay for those who had been cut off from assistance prior to May.

More recently, however, no convoy has reached Tigray since mid-December. Fighting and insecurity means the U.N. World Food Programme and other humanitarian actors are struggling to reach areas areas isolated by conflict, in conditions that risk the safety of staff and the security of humanitarian supplies.

The U.N. World Food Programme’s northern Ethiopia response urgently requires $337 million to deliver assistance over the next six months, and will begin running out of the capacity to purchase food from February. Across the entire country, the U.N. World Food Programme has an unprecedented funding gap of $667 million to save and change the lives of 12 million people over the next six months.

The Tigray Emergency Food Security Assessment cannot be compared like-for-like with the IPC which was release last June, since the analytical approach of this assessment doesn’t allow for a direct comparison. This is the first reliable food security assessment that has taken place since the IPC.

Similar assessments are planned for Afar and Amhara to determine the impact of the conflict on people’s food insecurity across northern Ethiopia.