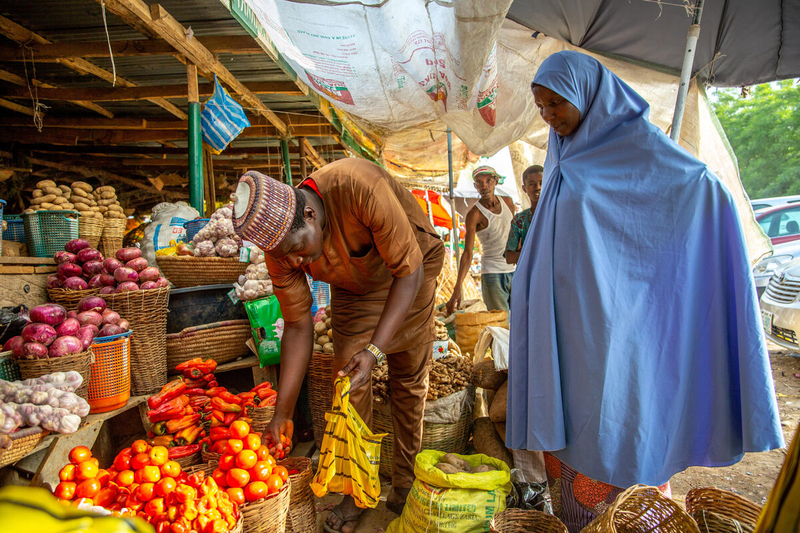 DAKAR – Millions of families in West and Central Africa are growing more hungry and desperate by the day as food prices skyrocket – stoking a widening hunger emergency in a region engulfed by conflict and the socioeconomic fallout from COVID-19, the United Nations World Food Programme (WFP) warned today, noting that immediate action is required to prevent a catastrophe.

More than 31 million people in the region are expected to be food insecure and unable to feed themselves during the coming June-August lean season – the period when food is scarce before the next harvest. That number is more than 30 percent higher than last year and is the highest level in the best part of a decade, according to the Cadre Harmonisé, a joint food security analysis released under the auspices of the Permanent Interstate Committee for Drought Control in the Sahel (CILSS).

“In West Africa, conflict is already driving hunger and misery. The relentless rise in prices acts as a misery multiplier, driving millions deeper into hunger and desperation. Even when food is available, families simply cannot afford it – and soaring prices are pushing a basic meal beyond the reach of millions of poor families who were already struggling to get by,” said Chris Nikoi, the U.N. World Food Programme’s Regional Director for West Africa.

Food prices have increased dramatically across the region. Local staples are up by nearly 40 percent over the five years average, and in some areas, prices are up by more than 200 percent. This is caused in part by the economic impact of measures put in place to contain the spread of the coronavirus over the past year. People’s incomes have plummeted due to reductions in trade, tourism, informal activities and remittances.

“Until markets stabilize, food assistance may be the only source of hope for millions of families. The needs are immense, and unless we can raise the funds we need we simply won’t be able to keep up. We cannot let 2021 become the year of the ration cut,” he warned.

In Sierra Leone, the depreciation of the local currency has driven up the prices of imported products as well as local commodities. The price of rice (local and imported), the staple food in the country, remained 60 percent to 70 percent higher than the five-year average varying from one part of the country to another.

In some parts of West Africa, escalating violence is forcing people to flee their homes, abandon their fields and their sources of income, exposing them to acute food insecurity in Northern Nigeria, the Central Sahel (Burkina Faso, Mali, Niger), the Central African Republic and the North West and South West regions of Cameroon.

This year, almost 10 million children under five are acutely malnourished across the region, with the Sahel alone accounting for half of that number. This number could rise significantly alongside the projected 30 percent increase in hunger, and the high prices of nutritious foods.

The U.N. World Food Programme plans to assist nearly 18 million people in West and Central Africa this year, with 68 percent of that number being in crisis and emergency response situations. The U.N. World Food Programme needs $770 million in the next six months for its operations in 19 countries in the region. Failure to raise funds would spell reduced rations for people in need – especially those driven into hunger by conflict.

In 2020, the U.N. World Food Programme and its partners assisted almost 17 million people in West Africa through integrated approaches combining life-saving food and nutrition interventions, and life-changing activities that bolster the resilience of communities.