The United States has a long legacy of leadership in the effort to alleviate global hunger. That leadership transcends political affiliations and represents deeply held American values—it is a reflection of who we are as a nation. The budget submitted by the White House today represents a departure from this legacy and raises a fundamental question: Should the U.S. maintain its position as the global leader in the fight to end hunger?

The president’s FY18 budget proposal calls for the elimination of the Food for Peace (Title II) program and the McGovern-Dole International Food for Education and Child Nutrition Program. It also calls for considerable cuts to the Emergency Food Security Program, the Feed the Future agricultural development initiative and to other humanitarian and development programs within the U.S. Government. These initiatives represent the core of the U.S. global food security response.

Collectively, all of these global food security programs represent less than one-fifth of one percent of the U.S. budget, yet their impact is significant and far-reaching. Through these food assistance accounts, the U.S. consistently provides approximately 30% of the World Food Programme’s (WFP) budget, the world’s leading humanitarian agency fighting hunger. Through WFP and other partners, U.S. funding for international food security saves lives and contributes to global stability.

We invest in efforts to alleviate hunger because it is among our most effective tools of international diplomacy. Feeding a starving child is a profound act of moral leadership. It is consistent with the deeply held American belief that the United States should act to end unnecessary suffering. We invest in food security because it is an endless source of goodwill and demonstrates our shared humanity.

We invest in efforts to alleviate hunger because it contributes to global stability and is in our national security interests. Today, four famines loom in South Sudan, northeast Nigeria, Somalia and Yemen. These unprecedented humanitarian crises threaten to unravel, crossing borders and destabilizing entire regions of the world. In the words of WFP’s Executive Director, “ending hunger is the greatest counter-terrorism effort in the world.” We invest in food security because violence feeds on hunger.

The commitment to global food security has deep, bipartisan roots in the United States. While some issues divide our political parties and the American people, there are certain values that unite all of us. Food security is one of those issues, and has consistently represented the best of who we are as a people.

Stepping back from global leadership in the fight to alleviate hunger would foster greater global instability and lead to unnecessary suffering in a time of unprecedented humanitarian need. It would decrease the brightness of the American beacon that has long served as a signal of hope to those suffering from hunger. When the U.S. leads, the world takes note. It is critical that the United States’ spending priorities serve as a call to action for other donor nations to raise their ambitions, rather than a signal to do less. Now is the time to reaffirm our values as a nation, not to retreat from them. 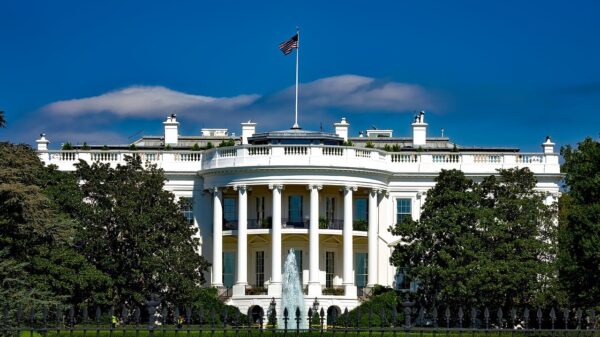 United Nations Agencies Deliver Lifeline Food Assistance to 25,000 Eritrean Refugees in Tigray
Explore About Us WFP's Work U.S. Policy Blog Podcast
Get Involved Start a Fundraiser Be a ZeroHunger Hero SharetheMeal App Corporate Partnerships Foundations
Donate
It looks like you're outside of the United States.