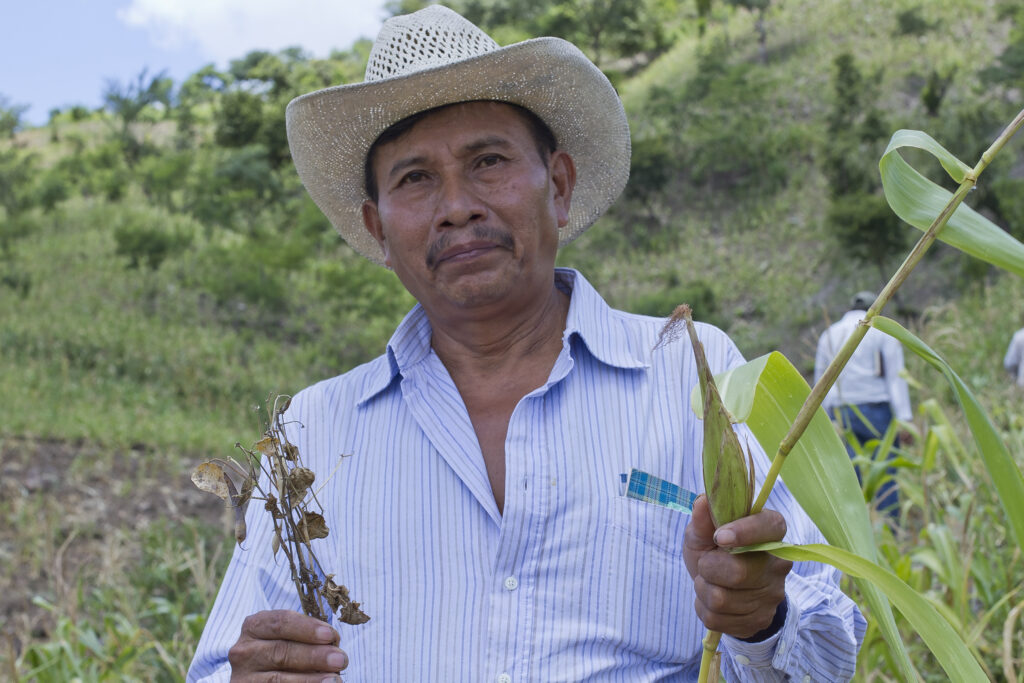 ROME – Urgent action by the international community and governments in the Dry Corridor of Central America is essential to help build resilience, food security, and restore livelihoods damaged by drought and other extreme weather effects of El Niño, United Nations leaders said today.

The devastating El Niño event that began in 2015 was one of the worst on record and its impact continues to be felt in the Dry Corridor, compounding the damage from two consecutive years of drought. As a result, some 3.5 million people are in need of humanitarian assistance with 1.6 million moderately or severely food insecure in the hard-hit countries of El Salvador, Guatemala and Honduras.

To raise awareness and coordinate responses to both the protracted El Niño-related crises in the Dry Corridor and the possibility of a related La Niña event in the second half of 2016, UN agencies and other partners met today at the Rome headquarters of the Food and Agriculture Organization of the United Nations (FAO). The meeting included the International Fund for Agricultural Development (IFAD) and the World Food Programme (WFP), with the aim of mobilizing the international community to support the efforts of governments, UN agencies and other partners.

Minister of Agriculture, Livestock and Nutrition of Guatemala, Mario Méndez, Secretary of Agriculture and Livestock of Honduras, Jacobo Paz Bodden, and Vice-Minister of Agriculture and Livestock of El Salvador, Hugo Flores, joined the meeting which concluded with a  communiqué that stressed common challenges within the Dry Corridor, including adaptation of the production systems of small-scale family farmers to climate change; and expanding efforts to reduce poverty, inequality and the socioeconomic and environmental vulnerability of the region.

In opening remarks, FAO Director-General José Graziano da Silva stressed that “the challenge facing the Dry Corridor is not only climate change: it is also extreme poverty, and food and nutritional insecurity,” adding: “We need to change the traditional response strategy and tackle the structural causes of poverty and food insecurity in Central America’s Dry Corridor, and not settle for simply mounting a humanitarian response every time an emergency situation occurs.””We need to a focus on resilience, inclusive sustainable development, and climate change adaptation,” the FAO Director-General added.

He also noted that the strategic alliance between the Rome-based UN organizations (FAO, IFAD, WFP) as well as South-South Cooperation efforts will be fundamental to eradicating hunger and poverty in Central America’s Dry Corridor, however, the scale of the challenge requires the support of the entire international community.
IFAD President Kanayo F. Nwanze said: “It is crucial to respond to the immediate needs of people suffering as a result of El Niño. But we also need to acknowledge that climate change will continue to exacerbate these extreme weather events. The only way to ensure future food security in the region is to invest in long-term development to help people be more resilient to shocks so that they can continue to feed their families.”Coordinated action between agencies and partners to build resilience among the vulnerable people of the Dry Corridor will save lives while working to eliminate food insecurity, said WFP Executive Director Ertharin Cousin.”Together, we must not only eliminate poverty but also pre-emptively address the extraordinary level of social, economic, and environmental susceptibility experienced by vulnerable  people living in the Dry Corridor – all of which contribute to food insecurity,” Cousin added.

“Data and experience clearly demonstrate that the costs of emergency response and rehabilitation after a disaster occurs substantially exceed the price tag for risk reduction and mitigation action taken before disaster strikes.”

Some 10.5 million people, about 60 percent of whom are in poverty, live in the Dry Corridor, a region characterized by extensive deforestation, soil degradation and water scarcity.

These conditions are exacerbated by El Niño and its counterpart La Niña which occur cyclically. However, in recent years extreme weather events associated with these two phenomena, such as droughts and floods, have increased in frequency and severity, mainly due to the effects of global climate change,
Social and economic inclusion

The communiqué of today’s meeting stresses the need to ensure social and economic inclusion of vulnerable communities while increasing and diversifying income opportunities, changes that will, in turn, reduce high levels of migration. The communiqué also underscores the importance of boosting public and private investment as well as technical and financial cooperation to target entrepreneurship programmes and job creation for rural women and young people. This could include improving the provision of water, and sanitation, health, education, roads, electrification and better access to credit, technology and markets.

In the Dry Corridor area of El Salvador, Guatemala and Honduras, FAO is supporting small-scale producers and rural communities that are highly vulnerable to extreme natural hazards, such as recurrent droughts, excessive rains and severe flooding.

With the goal of reducing the impact of extreme climate events, FAO’s work in the region involves strengthening the disaster risk management capacities of national and local authorities and setting up information and early warning systems. Good practices and technologies are promoted by, for example, providing seeds for short-cycle and drought-resistant crops, establishing water harvesting systems and community contingency funds and supporting agroforestry.

In addition, the Central American Development Bank for Economic Integration (CABEI) and FAO today agreed they would work jointly to promote investments that contribute to reducing rural poverty and promoting socio-economic development and Central American integration, as well as supporting climate change adaptation and mitigation policies and measures in the Dry Corridor countries.

IFAD currently supports a wide range of projects in the Dry Corridor areas of El Salvador, Guatemala, Honduras and Nicaragua which are helping poor, small-scale farmers adapt to the impacts of climate change and increase their resilience to extreme weather events. In El Salvador, for example, farmers are being introduced to soil and water conservation methods as well as cultivation techniques better-suited to dry regions.

IFAD-supported projects in Dry Corridor countries are also involved in constructing water harvesting structures, generating up-to-date information and research that helps forecast climate risk and vulnerability, and helping farmers with basic household improvements such as building energy-efficient stoves and low-flow latrines. Believing that investments in long-term resilience can reduce the impact and cost of disasters, IFAD is actively involved in policy dialogue with governments and decision-makers in the region.

WFP provided assistance to 1 million people annually in 2014 and 2015 in Guatemala, El Salvador and Honduras, primarily through cash-based transfers. WFP has prioritized assistance to an anticipated 600,000 severely food insecure households until the end of August 2016, especially those expecting just one harvest rather than the usual two.

WFP has supported national relief responses and recovery efforts from the effects of the drought in the Dry Corridor of Central America exacerbated by El Niño, especially during the last part of 2015. Immediate support was provided to drought-affected food-insecure populations and facilitated their recovery through asset creation and training, with a view to laying the foundation for a transition to resilience-building through WFP programmes and capacity development activities at the regional and country levels.

More specifically: In drought-damaged communities in Honduras, WFP is delivering 170 tonnes of Super Cereal Plus, a supplementary and nutritious food enriched with protein, vitamins and minerals, to assist children aged under five who are at risk of malnutrition. As of April 2016, more than 9,200 children in 44 municipalities and five departments received distributions.

In Guatemala, WFP is working with the government to provide conditional food assistance in return to assets creation to facilitate emergency response planning, Participants include: small farmers or seasonal workers without food reserves; households relying on agriculture as their main income, and households with more than 50-75 percent of staple grains losses.