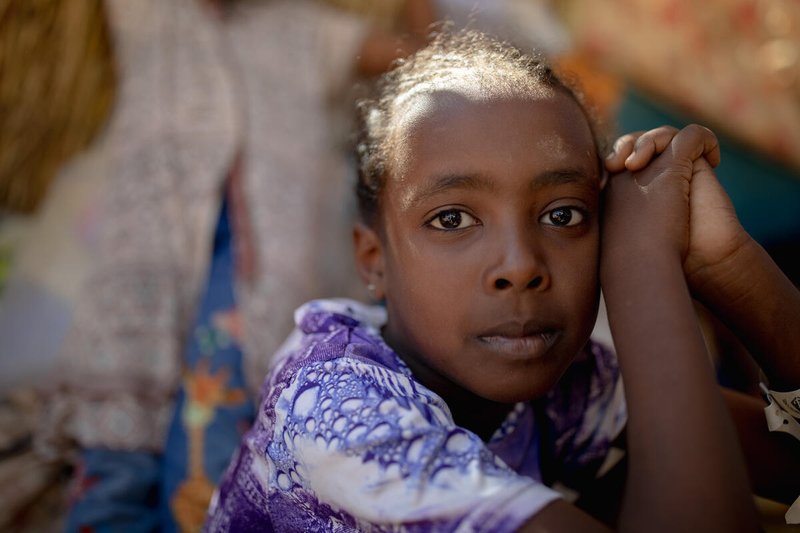 10 June 2021, Rome – The Food and Agriculture Organization of the United Nations (FAO), the United Nations World Food Programme (WFP) and UNICEF call for urgent action to address the dramatic acute food insecurity in northern Ethiopia. The three agencies are particularly concerned about the situation in Tigray region where the risk of famine is imminent, unless food, livelihood assistance and other life-saving interventions continue to be scaled-up, unimpeded access is guaranteed, and hostilities cease.

According to the report, over 350,000 people are already facing catastrophic conditions (IPC 5, Catastrophe) in Tigray region. This is the highest number of people classified in IPC 5 Catastrophe in a single country in the last decade.

The severity of acute food insecurity is expected to increase through September, particularly in Tigray, with over 400,000 people projected to face catastrophic conditions (IPC 5, Catastrophe) without urgent and unhindered aid.

The UN agencies are particularly concerned by the risk of famine in Tigray if conflict escalates and humanitarian assistance is significantly hampered. The lack of reliable and comprehensive data on people’s food security situation in western Tigray is also deeply worrying.

“Rural communities in northern Ethiopia have been particularly affected by the conflict. Many farms have been destroyed and productive assets such as seeds and livestock lost,” said FAO Director-General QU Dongyu. “It is imperative that we help these communities keep their families fed, and support local food production, paving the way for a faster  recovery. But to help people on the brink of famine, we need resources and access – both of which remain a problem.”

“The brutal reality for our staff in Tigray is that for every family we reach with life-saving food, there are countless more, especially in rural areas, whom we cannot reach,” said U.N. World Food Programme Executive Director, David Beasley. “We have appealed for humanitarian access but are still being blocked by armed groups. The ability of people in Tigray to access vital services and for the U.N. World Food Programme to reach them with food assistance is essential to avoid a catastrophe. Access must be extended well beyond major cities to reach people in desperate need wherever they may be, with adequate assistance and without delay.”

“UNICEF is extremely concerned about the situation across Tigray as we see more and more young children and babies slide dangerously close to sickness and potential death from malnutrition,” said UNICEF Executive Director Henrietta Fore. “We are working with our partners to provide nutrition, health care and clean water support. However, without humanitarian access to scale up our response, an estimated 33,000 severely malnourished children in currently inaccessible areas in Tigray are at high risk of death. The world cannot permit that to happen.”

According to the IPC report, the key cause of acute food insecurity in Tigray is conflict as it has led to massive population displacement, widespread destruction of livelihoods and critical infrastructure, and loss of employment. Conflict has also limited access to markets.

An increase in conflict could push more people to flee their homes and prevent families from accessing food distribution points or other food and livelihood sources, noted the report.

Conflict-hit Tigray is already the most at-risk region with 4 million people – 70 percent of the population – experiencing high levels of acute food insecurity (IPC 3 or above). Bordering areas in neighbouring Afar and Amhara regions, which host a large number of internally displaced persons from Tigray, have 60 percent and 41 percent of their populations in high levels of acute food insecurity (over 450,000 and 1 million people respectively).

UN agencies and partners scaling up their response

Food assistance and nutritional support are expected to be scaled up and reach a large proportion of the population, but unhindered access and urgent funding are paramount for this.

A risk of famine refers to the reasonable probability of an area going into Famine in the projected period. It is not a new classification, and it is not accompanied by population estimates.