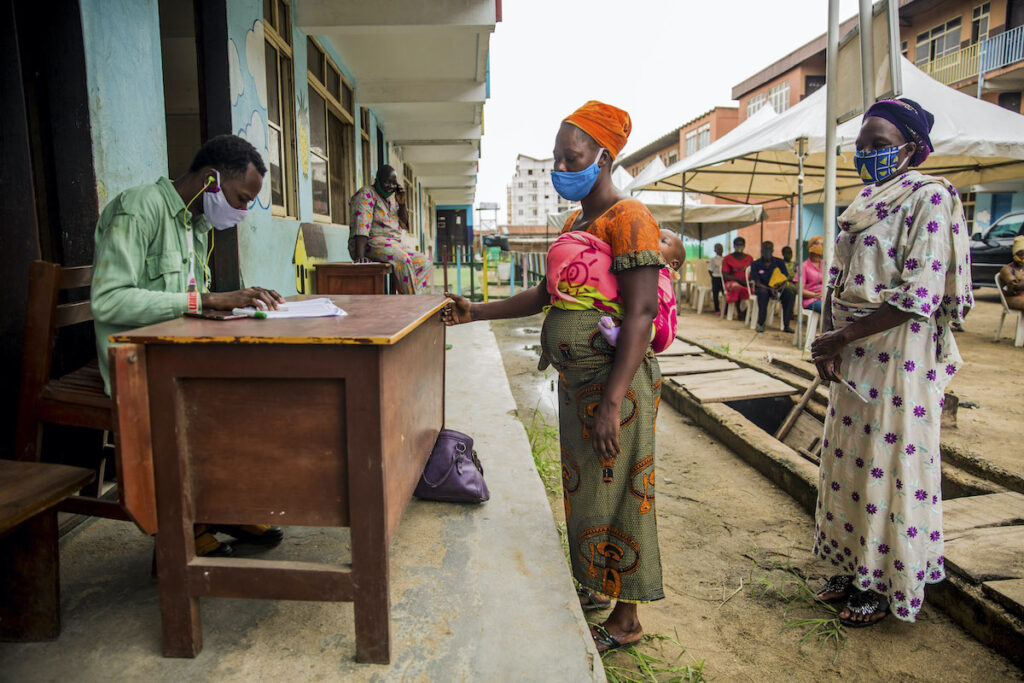 ROME – The world has been put on a heightened famine alert with a new report by two United Nations agencies that contains a stark warning; four countries contain areas that could soon slip into famine if conditions there undergo “any further deterioration over the coming months.” These are Burkina Faso in West Africa’s Sahel region, northeastern Nigeria, South Sudan and Yemen. The Early Warning Analysis of Acute Food Insecurity Hotspots – issued today by the Food and Agriculture Organization of the UN (FAO) and the United Nations World Food Programme (WFP) – describes a toxic combination of conflict, economic decline, climate extremes and the COVID-19 pandemic that is driving people further into the emergency phase of food insecurity.

Parts of the population in the four hotspots of highest concern are already experiencing a critical hunger situation, with the report warning that escalations in conflict as well as a further reduction in humanitarian access could lead to a risk of famine.

But these four countries are far from being the only red flag on a world map that shows that acute food insecurity levels are reaching new highs globally, driven by a combination of factors, the report notes. Another 16 countries are at high risk of rising levels of acute hunger.

The aim of the Hotspots report is to inform urgent action that can be taken now to avoid a major emergency – or series of emergencies – in three to six months from today. How the situation evolves in the highest risk countries will depend on conflict dynamics, food prices, and the myriad impacts of the COVID-19 pandemic on their food systems, rainfall and harvest outcomes, humanitarian access, and the readiness of donors to continue funding humanitarian operations.

“This report is a clear call to urgent action,” said Dominique Burgeon, FAO’s Director of Emergencies and Resilience. “We are deeply concerned about the combined impact of several crises which are eroding people’s ability to produce and access food, leaving them more and more at risk of the most extreme hunger. We need access to these populations to ensure they have food and the means to produce food and improve their livelihoods to prevent a worst-case scenario.”

“We are at a catastrophic turning point. Once again, we face the risk of famine in four different parts of the world at the same time. When we declare a famine it means many lives have already been lost. If we wait to find that out for sure, people are already dead,” said Margot van der Velden, U.N. World Food Program Director of Emergencies.

“In 2011, Somalia suffered a famine that killed 260,000 people. The famine was declared in July, but most people had already died by May. We cannot let this happen again. We have a stark choice; urgent action today, or unconscionable loss of life tomorrow,” she warned.

Negative Trends Across the Board

All told, the joint report points to a total of 20 countries and contexts that are at “further risk of deterioration of acute food insecurity,” with key drivers of hunger including:

It notes that in the Democratic Republic of the Congo there are 22 million people now estimated to be acutely food insecure – the highest number ever registered for a single country. Burkina Faso has registered the biggest increase with the numbers of desperately hungry people almost tripling compared to 2019, driven by increasing conflict, displacement and COVID-related impacts on employment and food access.

The situation is also dire in Yemen, where the existing food insecurity combined with conflict and a deepening economic crisis could lead to a further deterioration of an already critical food security situation.

Catastrophe/famine is the most severe of five phases used by the Integrated Phase Classification (IPC) system to chart escalating degrees of food insecurity. When this extreme phase is declared, it means that people have already started dying from starvation.

The Hotspots report is saying that, unless urgent action is now taken, the world could experience its first outbreak of famine since it was last declared in 2017 in parts of South Sudan.

This new report was developed under the Global Network Against Food Crises (GNAFC) – an alliance of humanitarian and development actors launched in 2016 by the European Union, FAO and the U.N. World Food Programme to tackle the root causes of food crises through shared analysis and knowledge, strengthened coordination in evidence-based responses, and collective efforts across the humanitarian, development and peace nexus.