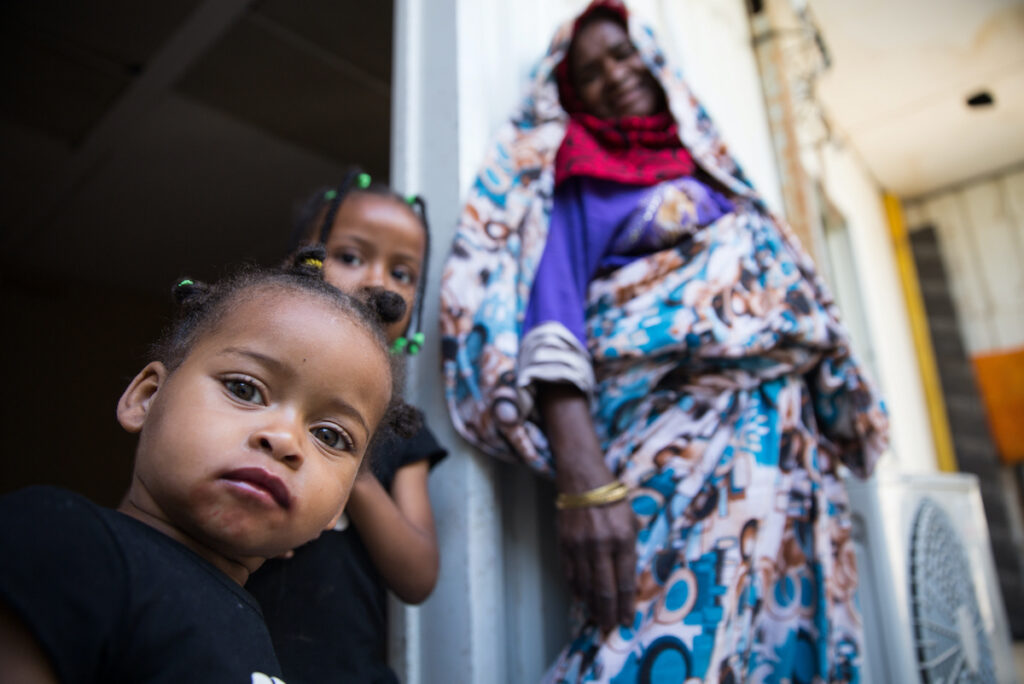 TRIPOLI/TUNIS – The UN Refugee Agency (UNHCR) and the United Nations World Food Programme (WFP) are expanding their support for food insecure refugees and asylum seekers in Libya with emergency food assistance in response to the severe socio-economic impacts of the COVID-19 pandemic in the country as well as the effects of the ongoing conflict.

The two agencies will expand their partnership, launched in June, to provide food support for people in areas outside of Tripoli, including Zawiya, Misrata, Benghazi and Zwara, as well as continuing in Tripoli.

Coronavirus infections have surged in the country, rising from 200 reported cases in June to nearly 28,000 cases.  COVID-19 related movement restrictions and curfews, as well as the ongoing conflict and economic crisis, have led to sharp increases in food prices, while making it hard for most refugees and asylum seekers to find daily work to support themselves.

According to the latest Joint Market Monitoring Initiative, the cost of a minimum expenditure basket that would meet a family’s basic needs, including food items, was 19.2% more expensive in August than in March, when the first coronavirus cases were reported in Libya. Cooking fuel prices increased by 66.7% in August compared to the previous month.

“The situation is getting worse by the day. Many people can’t access food for a number of reasons including prices going up and limited food availability. At the same time, there are almost no opportunities to work,” said U.N. World Food Programme Representative and Country Director in Libya Samer AbdelJaber. “This is exhausting people’s ability to continue to cope with the growing pressures. At times like these, when meeting basic needs becomes increasingly hard, food support becomes even more of an imperative.”

People will be receiving locally produced ready-to-eat food which supports the local economy. This food assistance does not require any cooking, which helps people at a time when cooking fuel prices are soaring.

Food needs in the new focus areas for support were verified through U.N. World Food Programme rapid needs assessments.  They showed that, on average, one out of two respondents had a poor or borderline food consumption score. A majority of the respondents reported significantly higher frequency of using negative coping strategies, such as skipping meals to adapt to food scarcity. 73 percent of respondents reported not having any food at home, while 69 percent had no money to buy food over the last month.

“The coronavirus pandemic affected our daily meals,” said Bashir, a 29-year-old refugee from Sudan who came to Libya to work as a daily laborer, and was among those interviewed. “There’s no work anymore, so there is no money. We have not been able to pay for food. Some days, if we can borrow a dinar, we buy bread just to fill our stomachs. That is the food we survive on.”

Both agencies have reported increases in requests for food assistance over the past few months. During the U.N. World Food Programme Country Director’s July virtual meetings with mayors throughout Libya, food was listed as a top need in every conversation, with accompanying requests of additional assistance. In Libya, the U.N. World Food Programme also supports crisis-affected internally displaced people (IDPs), returnees, and non-displaced populations including host communities and school children.

Among those who will continue to be assisted under the joint agency food assistance project are refugees and asylum seekers recently released from detention centers. More than 20 people, including minors, were provided with assistance earlier this month after being released from Triq al Sikka detention center. This type of assistance supports alternative solutions to detention by helping to meet people’s basic needs outside of the centers.

“The help we provide under this project is lifesaving,” said UNHCR’s chief of Mission Jean-Paul Cavalieri. “It’s especially crucial for those just released from detention, who struggle initially to support themselves in urban settings.”

The expanded food distributions, supported by the European Union Emergency Trust Fund for Africa (EUTF Africa), began over the weekend at a U.N. World Food Programme distribution point in Zawiya. An additional 6,000 refugees and asylum seekers will be reached in this second phase, with 10,000 people targeted with assistance through the end of this year.

U.N. World Food Programme and UNHCR staff, as well as their partners, will continue to ensure COVID-19 precautionary measures, such as personal protection equipment, social distancing, disinfection and enhanced crowd controls, are in place for the distributions.

UNHCR, the UN Refugee Agency, leads international action to protect people forced to flee their homes because of conflict and persecution. We deliver life-saving assistance like shelter, food and water, help safeguard fundamental human rights, and develop solutions that ensure people have a safe place to call home where they can build a better future. | Follow them on Twitter @UNHCRLibya

The United Nations World Food Programme is the world’s largest humanitarian organization, saving lives in emergencies, building prosperity and supporting a sustainable future for people recovering from conflict, disasters and the impact of climate change. | Follow us on Twitter @WFPUSA, @WFP_MENA and @SamerWFP