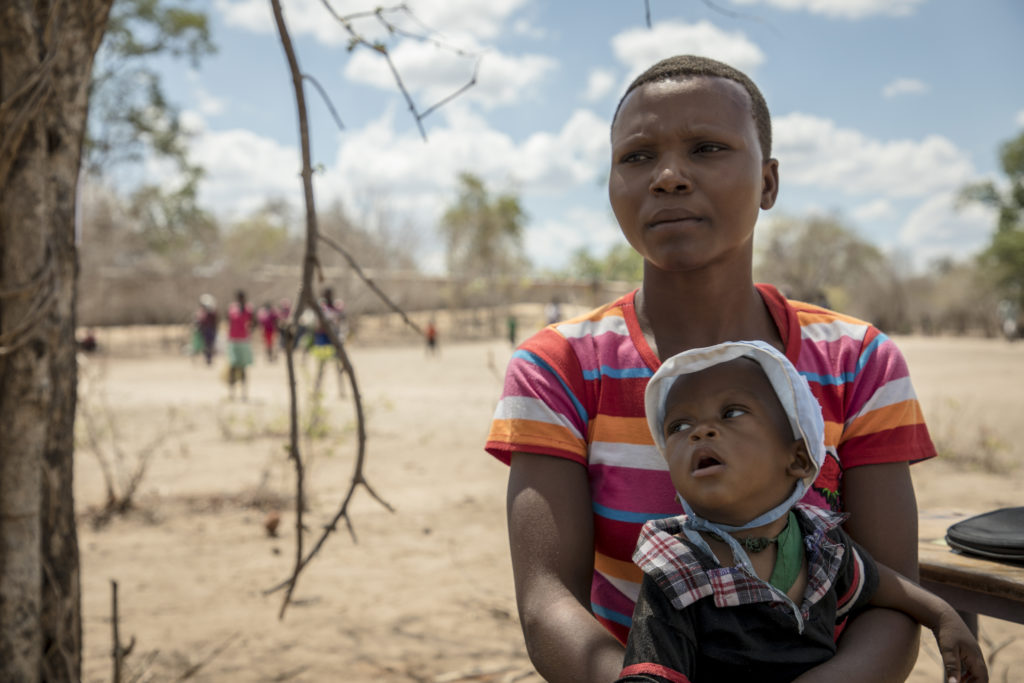 A recent nationwide assessment – the Integrated Food Security Phase Classification (IPC) – shows that the number of acutely food insecure Zimbabweans has risen to 4.3 million, from 3.8 million at the end of last year.

“With most Zimbabweans already struggling to put food on the table, the COVID pandemic risks even wider and deeper desperation,” said Eddie Rowe, WFP’s Country Director. “We must all do our utmost to prevent this tragedy turning into a catastrophe.”

WFP is planning to assist 4.1 million people in April, although insufficient funding has prevented it from achieving the same monthly target since the turn of the year. In March, it reached 3.7 million of the most vulnerable Zimbabweans.

The total number of food insecure people stands at 7.7 million, more than half the population. The $130 million being urgently sought by WFP is part of a total food assistance sector requirement of $472 million through December.

Cereal production in 2019 was half that of 2018, and less than half the national requirement. Experts predict that the upcoming 2020 harvest will be even poorer. Most of Zimbabwe’s food is produced by subsistence farmers who dependent on a single, increasingly unreliable rainy season.

With unprecedented hyperinflation having pushed the prices of staples beyond the means of most Zimbabweans, increasingly desperate families are eating less, selling off precious belongings and going into debt.

COVID-19 threatens to exacerbate Zimbabwe’s dire economic and hunger crises, drastically affecting the lives of people in both urban and rural areas. WFP has a critical role to play by sustaining its scaled-up food assistance program – and must be able to deliver at full capacity – while supporting the country’s response to the pandemic.

It is pre-positioning three months’ worth of food and cash assistance, rolling out new risk-control measures at distributions – increasing their number to prevent overcrowding, initiating handwashing and monitoring social distancing – and launching a communications campaign to convey essential health and safety information.