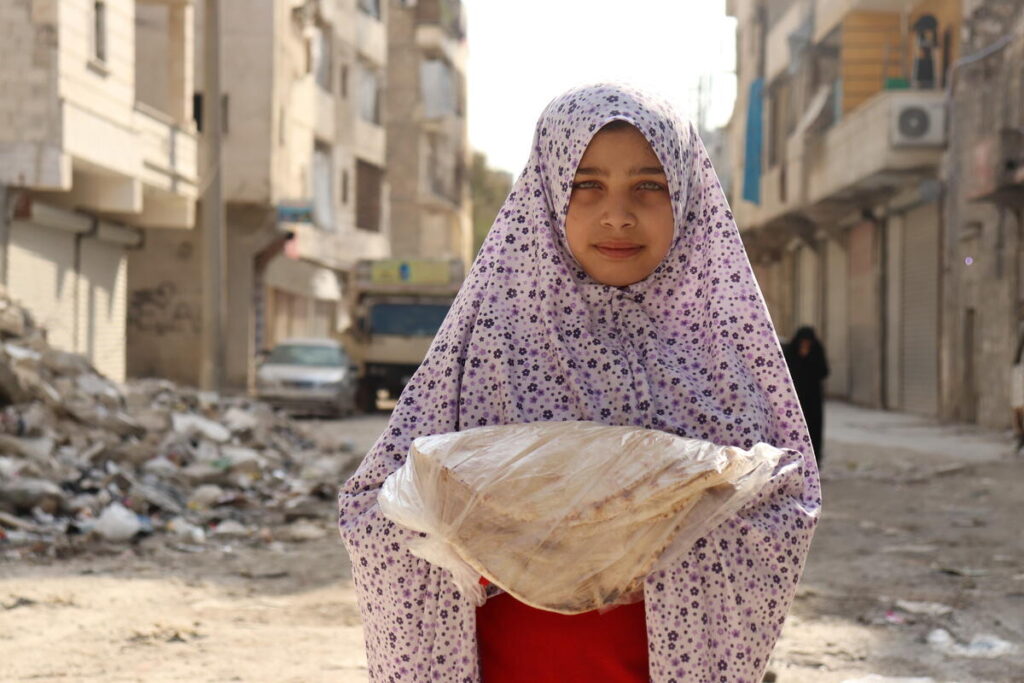 Traditionally a month of festivities, when families gather over traditional foods to break their day-long fast, this year millions will be struggling to buy even the most basic foods for their families as the war in Ukraine has pushed food prices even higher than the troubling levels at the start of the year.

“We are extremely concerned about the millions of people in this region who are already struggling to access enough food because of a toxic combination of conflict, climate change and the economic aftermath of COVID-19,” said Corinne Fleischer, U.N. World Food Programme regional director for the Middle East and North Africa. “People’s resilience is at a breaking point. This crisis is creating shockwaves in the food markets that touch every home in this region. No one is spared.”

The knock-on effect of the Ukraine crisis is adding further strain to the import-dependent region. The prices of wheat flour and vegetable oil – two key staples in the diet of most families – have consequently risen across the region. Cooking oil is up 36% in Yemen and 39% in Syria. Wheat flour is up 47% in Lebanon, 15% in Libya and 14% in Palestine.

Even prior to the conflict in Ukraine, inflation and increasing prices were putting basic food items beyond the reach of the most vulnerable. Food prices reached an all-time high in February 2022, according to the UN Food and Agriculture Organization’s Food Price Index.

The cost of a basic food basket – the minimum food needs per family per month – registered an annual increase of 351% in Lebanon, the highest in the region. It was followed by Syria, with a 97% rise, and Yemen with 81% hike. The three countries, all reliant on food imports, also reported sharp currency depreciation. Meanwhile, a drought in Syria has impacted the country’s annual wheat production.

With global prices rising, the U.N. World Food Programme’s meagre resources for operations in the region, especially in Yemen and Syria, will be under even more pressure than before. In both countries, conflict and the related economic shrinkage have left more than 29 million people in need of food assistance. The U.N. World Food Programme is supporting nearly 19 million people in the two countries.

The global food price hikes and the Ukraine conflict have resulted in the U.N. World Food Programme facing an additional cost of $71 million per month for global operations compared to 2019 – a 50% rise.

“The Ukraine crisis makes a bad funding situation worse. There are immediate humanitarian needs that demand attention. Donors have in recent years helped us provide food to millions in the region. Now the situation is critical and it’s time to be even more generous,” added Fleischer.

The United Nations World Food Programme is the world’s largest humanitarian organization, saving lives in emergencies and using food assistance to build a pathway to peace, stability and prosperity for people recovering from conflict, disasters and the impact of climate change.
Follow us on Twitter @WFPUSA, @wfp_media, @WFPYemen and @WFP_MENA