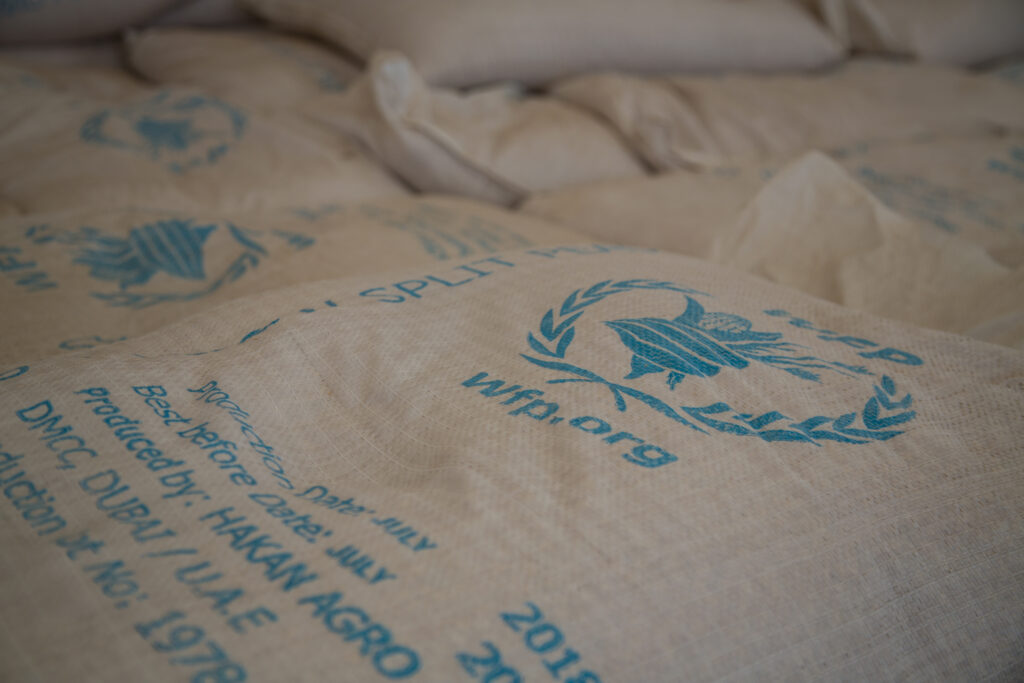 The United Nations World Food Programme (WFP) has signed a Strategic Partnership with global conflict resolution organization the International Crisis Group, in order to boost its conflict sensitivity and prevention capacity as it continues to deliver life-saving food to the world’s most vulnerable people.

The partnership comes after a year marked by increased conflict, the impact of the pandemic, spiralling food prices and a downturn in donor support. Hunger and famine-like conditions are spiking in countries like Yemen, South Sudan and Afghanistan, which continue to be shaken by conflict, with conditions set to worsen through 2021.

“Since the U.N. World Food Programme was awarded the Nobel Peace Prize last year, a global spotlight has illuminated how hunger is so often used to fuel conflict and destroy stability and peace,” said David Beasley, the U.N. World Food Programme’s Executive Director. “UN Security Council Resolution 2417 was a historic step toward ending starvation as a weapon of war. But, three years later, with violence surging and famine looming around the world, the international community needs to live up to the values it enshrines. Here at the U.N. World Food Programme, wherever we provide life-saving food we also work tirelessly to seed the ground for peace.”

The UN Security Council’s Resolution 2417 – passed three years ago this week – makes clear the link between hunger and conflict. It condemns starvation as a tool of war and calls on all parties to armed conflict to comply with their obligations under International Humanitarian Law to minimize the impact of military actions on civilians, including on food production and distribution, and to allow humanitarian access in a safe and timely manner to civilians needing lifesaving food, nutritional and medical assistance.

The new partnership will cover a number of crises across Africa, Asia, the Middle East and Latin America and aims to identify and reduce the risks involved in delivering food assistance in conflict contexts. This includes, for instance, efforts to ensure food assistance does not accidentally fuel grievances; deliberate measures to ensure assistance does not exacerbate tensions by inadvertently entrenching unfair control of, or access to, natural resources; and suggesting action to prevent the reinforcement of harmful existing inequalities.

“We are delighted to be formalizing our partnership with the U.N. World Food Programme and recognize that their largest operations are in countries where conflict continues to destroy lives and livelihoods,” said Richard Atwood, Crisis Group’s Interim President. “We look forward to strengthening our understanding of the role of food insecurity in conflict, and to helping the U.N. World Food Programme and its partner organizations identify and minimize conflict risks.”

The U.N. World Food Programme is the world’s largest humanitarian organization, saving lives in emergencies and using food assistance to build a pathway to peace, stability and prosperity for people recovering from conflict, disasters and the impact of climate change. Its 2020 Nobel Prize citation praised the organisation “for its efforts to combat hunger, for its contribution to bettering conditions for peace in conflict-affected areas and for acting as a driving force in efforts to prevent the use of hunger as a weapon of war and conflict.”

The International Crisis Group is widely recognised as one of the world’s leading, and independent, source of analysis and advice to governments and intergovernmental bodies on the prevention and resolution of deadly conflict. Crisis Group operates across the globe and uses expert field research, analysis of crises from the standpoints of all parties and engagement with policymakers in order to avert conflict and save lives.