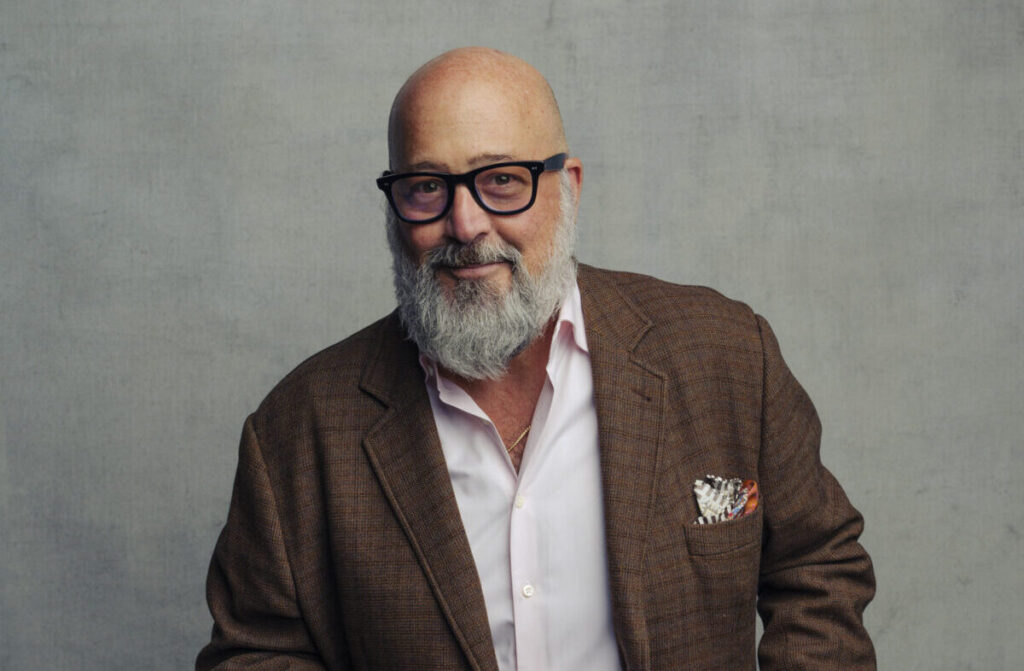 Following years of supporting the organization and its causes, the Emmy- and four-time James Beard Award- winning chef, writer, teacher and social justice advocate will be using his voice and platform to fight for global hunger and educate the public on food waste. The U.N. World Food Programme, which was awarded the Nobel Peace Prize in 2020, is the world’s largest humanitarian organization, providing food assistance to more than 100 million people in over 80 countries each year.

“I am so grateful to the U.N. World Food Programme for asking me to help in their global effort to fight hunger and food waste. We have it within our power to reverse the ravages of our own ignorance, inefficiency and selfishness,” said Zimmern. “A healthy and remade food system is within our grasp and because we are enduring a global existential climate crisis we have a clock running down that is making that work even more challenging. We have the skill set needed to feed a hungry planet, yet many countries lack the will or resources to see the job through. The U.N. World Food Programme is working diligently around the world on real, lasting solutions and I am honored to assist them.”

Zimmern has dedicated his life to driving change and promoting cultural exchanges through food, and he has been a passionate advocate for food waste education. Through his travels across the globe, he has witnessed the disparity between the levels of food waste in America and the hunger faced by millions in developing countries. He has advanced public awareness on food waste by underscoring how individuals can make a difference and also advocating for the transformation of food systems.

“Andrew has made his mark not only with his culinary creativity but also with his commitment to fighting hunger and his work on reducing food waste,” said U.N. World Food Programme Executive Director David Beasley. “Tackling food waste is a critical part of efforts to end global hunger and malnutrition. We’re excited to welcome Andrew as a Goodwill Ambassador for our global movement working to ensure no child goes to bed hungry.”

Globally, enough food is produced to feed the world’s 7 billion people, and yet 811 million people still go to bed hungry each night. At the same time, one third of food produced for human consumption is lost or wasted throughout the supply chain, from initial agricultural production to final household consumption. Each year the amount of food that is lost or wasted amounts to a financial loss of about $1 trillion and disposing of food waste emits more than 3 billion tons of greenhouse gases, which contributes to climate change.

Reducing food waste and food loss is central to both eradicating global hunger and tackling the climate crisis. On World Food Day 2021, Zimmern collaborated with the U.N. World Food Programme on this #StoptheWaste video to bring attention to food waste.

“Cutting global food waste in half by 2030 is a top U.N. goal. We have a responsibility — both on an individual level and collectively as a society — to reduce food waste. Chef Zimmern has spotlighted this often underrecognized issue, and we’re honored that he is lending his voice and advocacy to help us end global hunger,” said World Food Program USA President and CEO Barron Segar.

World Food Program USA, a 501(c)(3) organization based in Washington, DC, proudly supports the mission of the United Nations World Food Programme by mobilizing American policymakers, businesses and individuals to advance the global movement to end hunger. Our leadership and support help to bolster an enduring American legacy of feeding families in need around the world. To learn more about World Food Program USA’s mission, please visit wfpusa.org/mission-history.

About Andrew Zimmern
Andrew Zimmern is an Emmy- and four-time James Beard Award-winning TV personality, chef, writer, teacher and social justice advocate. As the creator, executive producer and host of Travel Channel’s Bizarre Foods franchise, Andrew Zimmern’s Driven by Food and The Zimmern List, he has devoted his life to exploring and promoting cultural acceptance, tolerance and understanding through food. In 2020, Andrew returned to television with his MSNBC series What’s Eating America, and in 2021, he premiered Family Dinner on the Magnolia Network. Both shows were created by Intuitive Content, the full-service television and digital production company that Andrew heads as both founder and CEO, and which was named one of the top 100 production companies in the world by Realscreen. Andrew is also the founder and CEO of Passport Hospitality, a restaurant and food service development company. He is passionate about his philanthropic endeavors and sits on the board of directors of Services for the UnderServed, Project Explorer/EXPLR and Soigne Hospitality. He serves on City Harvest’s Food Council and is the International Rescue Committee’s Voice for Nutrition. Andrew is also a founding member of the Independent Restaurant Coalition, fighting to save restaurants affected by Covid-19. He resides in Minneapolis.