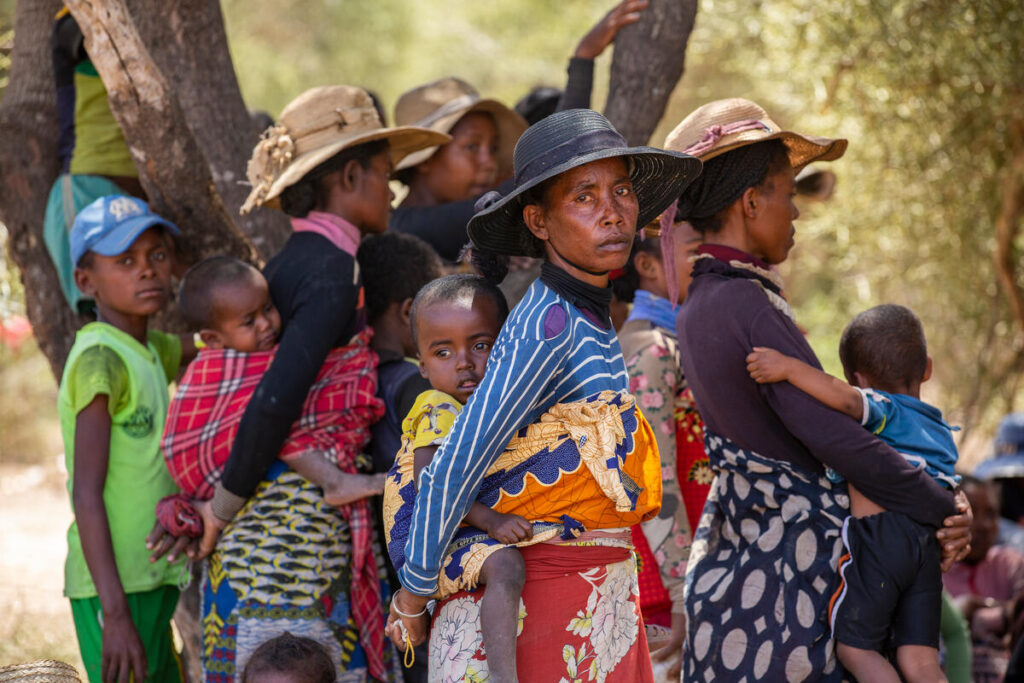 ROME – The United Nations World Food Programme (WFP) today warned that the number of people teetering on the edge of famine (IPC4/Emergency or worse) in 43 countries has risen to 45 million, as severe hunger spikes around the world. This number has risen from 42 million earlier in the year and 27 million in 2019.

“Tens of millions of people are staring into an abyss. We’ve got conflict, climate change and COVID-19 driving up the numbers of the acutely hungry, and the latest data show there are now more than 45 million people marching towards the brink of starvation,” said U.N. World Food Programme Executive Director David Beasley after a trip to Afghanistan, where the U.N. World Food Programme is ramping up its support to assist almost 23 million people.

“Fuel costs are up, food prices are soaring, fertilizer is more expensive and all of this feeds into new crises like the one unfolding now in Afghanistan, as well as long-standing emergencies like Yemen and Syria,” he added.

The U.N. World Food Programme and its humanitarian partners are ramping up efforts to assist millions of people facing starvation. However, the needs are vastly surpassing available resources at a time when traditional funding streams are overstretched. The cost of averting famine globally now stands at $7 billion, up from $ 6.6 billion earlier in the year.

“As the cost of humanitarian assistance rises exponentially, we need more funds to reach families across the globe who have already exhausted their capacity to cope with extreme hunger,” he added.

Families facing severe hunger are also being forced to make devastating choices to cope with the rising hunger. The U.N. World Food Programme’s vulnerability analysis across the 43 countries shows families being forced to eat less, or skip meals entirely, feeding children over adults, and in some extreme cases being forced to eat locusts, wild leaves, or cactus to survive – as in Madagascar.

In other areas, families are forced to marry off children early or pull them out of school, sell off assets like livestock or what little else they have left. Meanwhile media reports from Afghanistan point to families reportedly being forced to sell their children in a desperate attempt to survive.

Food prices hit a ten-year high this month, according to the UN Food and Agriculture Organization’s Food Price Index. This not only pushes food out of reach for millions of the poorest around the globe, but it also increases the cost of procuring food on global markets. Added to this are the high prices of fuel which also increases transportation costs and places a further strain on global supply chains – shipping a container cost $1,000 a year ago, but now costs $4,000 or more.

This year, the U.N. World Food Programme has already been undertaking the biggest operation in its history – targeting 139 million people across the 85 countries where it operates. This work covers both emergency food and nutrition needs, as well as work with partners to build resilience and increase the self-reliance of the poorest and most vulnerable people on the planet.

The increase from 42 to 45 million people is explained by recent food security assessment data that shows an additional 3 million people facing IPC4 in Afghanistan, alongside marginal increases in Ethiopia, Haiti, Somalia, Angola, Kenya and Burundi (from 60,000 to 240,000 people).

Data on vulnerability and humanitarian needs are compiled from field-level food security assessments conducted via a consensus-based approach in partnership with multiple humanitarian agencies, including the U.N. World Food Programme. Sources include the Integrated Food Security Phase Classification (IPC) and equivalent analyses.

In Afghanistan, recent assessments show that almost 24 million people have been pushed into severe hunger – including 8.7 million in Emergency IPC4 – as the devastating impact of multiple droughts combine with an economic meltdown to push families to the edge just as the harsh winter sets in. The U.N. World Food Programme is ramping up its support to assist up to 23 million people and requires an estimated $220 million a month in 2022.

In Ethiopia it was projected that more 4.3 million people across northern Ethiopia would be facing severe hunger by September with more than half of those – 2.2 million – in Emergency IPC4 or worse. As conflict escalates and in the absence of any updated analysis, it’s expected that this situation has worsened significantly and up to 7 million people across northern Ethiopia are facing severe hunger. The U.N. World Food Programme requires $245 million to respond across all three regions of Afar, Amhara and Tigray.

In drought-hit southern Madagascar, where climate is driving famine-like conditions, severe hunger has touched over 1.3 million people, including 512,000 in Emergency IPC4 or worse. Delayed rains this planting season signal another poor harvest and despair for families who are resorting to survival measures such as eating locusts, wild leaves and cactus leaves which are usually fed to cattle. The U.N. World Food Programme is scaling up its response and urgently needs $69 million over the next six months to reach one million people.

In South Sudan, humanitarian needs are outpacing the resources available for the U.N. World Food Programme to respond, and the situation has worsened as the country is battered by flooding that has swallowed entire villages. There are 7.2 million people who are severely food insecure (IPC3 or worse) with more than 1.4 million of those in Emergency IPC4 and more than 100,000 facing catastrophic (IPC5) levels of hunger. The U.N. World Food Programme urgently requires $568 million to maintain its operations for the next six months and significant funding gaps have already forced ration cuts so resources can be redirected to the most vulnerable people at risk of famine.

Some 12.4 million people in Syria do not know where their next meal will come from – a level of hunger higher than any time during the decade-long conflict. Conflict, mass population displacement, the impacts of the financial crisis in neighboring Lebanon, the decline in the value of the Syrian Pound and job losses due to COVID-19 have all contributed to Syria’s economic downturn. The U.N. World Food Programme is only 31 percent funded and urgently requires nearly $700 million until February 2022 to continue to support some 5.8 million people who depend on U.N. World Food Programme food assistance to survive.

Over half Yemen’s population (16.2 million) is now facing severe hunger with 5 million people facing Emergency IPC4. In addition to the ongoing conflict, the devaluation of the Yemeni riyal and soaring food prices have made it impossible for ordinary Yemenis to afford basic food. The U.N. World Food Programme provides emergency food assistance – as in-kind rations, vouchers or cash – to nearly 13 million people. But nearly 3 million continue to receive assistance on alternate months due to funding shortfalls and the U.N. World Food Programme is at risk of running out of food before the end of the year. We need $802 million to maintain current levels of assistance for the next six months.