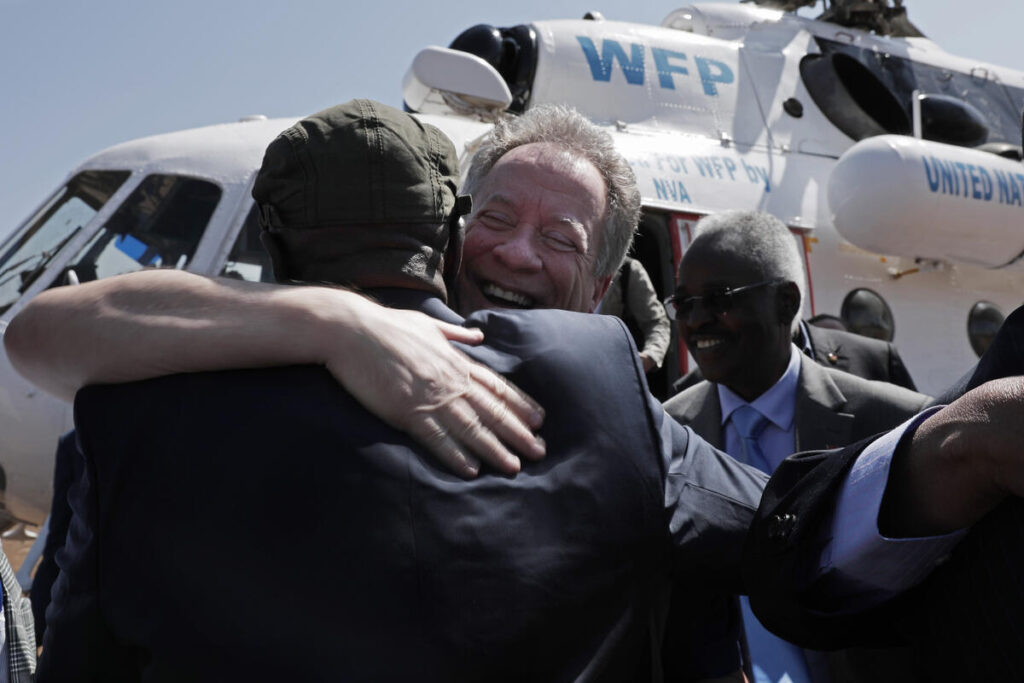 Waking up this morning in the beautiful city of Rome, it is hard to imagine that in about 400 AD this city experienced a massive famine, it ended up killing almost 90% of its population.  Now students of history associate something else with that ancient date:  the beginning of the Fall of the Roman Empire.  Now, did the famine cause the fall?  Or did the fall cause the famine?  I think the answer is yes — both.

Waking up in this wealthy, modern, technologically advanced world, it’s hard to imagine us going through a famine like that.  But my tragic duty today is to tell you: famine is at humanity’s doorstep.  For millions and millions of people on earth.

Failure to prevent famine in our day will destroy so many lives and cause the fall of much we hold dear.

On behalf of the Secretary-General of the United Nations Antonio Guterres, our Board, our sister agencies, our incredible partners and donors and on behalf of 19,000 peacemakers at the U.N. World Food Programme, including those who came before us, and especially those who died in the line of duty and their families who carry on, and on behalf of the 100 million people we serve, to the Norwegian Nobel Committee, thank you, for this great honor.

Also, thank you for acknowledging our work of using food to combat hunger, to mitigate against destabilization of nations, to prevent mass migration, to end conflict and… to create stability and peace.

We believe food is the pathway to peace.

I wish today that I could speak of how working together we could end world hunger for all the 690 million people who go to bed hungry every night. But, today we have a crisis at hand.

This Nobel Peace Prize is more than a thank you. It is a call to action. Because of so many wars, climate change, the widespread use of hunger as a political and military weapon, and a global health pandemic that makes all of that exponentially worse —270 million people are marching toward starvation.  Failure to address their needs will cause a hunger pandemic which will dwarf the impact of COVID.

How will humanity respond?

Let me tell you why what we do at the U.N. World Food Programme works.

First, food is sacred.  Anyone who has sat down to a Thanksgiving or a holiday meal, or taken communion, attended a Seder, fasted for Ramadan or made a food offering at a Buddhist temple knows that.

And every human, whether they are people of faith or not, knows the power of food not only to sustain us, but bring us together in our common humanity.

Here’s the second reason the U.N. World Food Programme works: because what the 19,000 of us are doing is an act of love.  Dr. King, Nobel Laureate in 1964 said, “Love is the most durable power in the world.”

Imagine every woman, man, girl and boy we share this planet with is our equal … and if we would just love them as such. Imagine what that would do to war, to conflict, to racism, to division, and to discrimination of every kind.

What warms my heart is this: 100 million of my equals – my neighbors – received food from the U.N. World Food Programme this last year and we averted famine.

We stand at what may be the most ironic moment in modern history. On the one hand — after a century of massive strides in eliminating extreme poverty, today those 270 million of our neighbors are on the brink of starvation.  That’s more than the entire population of Western Europe.

What am I missing here?

A lot of my friends and leaders around the world have said to me, “You’ve got the greatest job in the world, saving the lives of millions of people.”

Please don’t ask us to choose who lives and who dies.

In the spirit of Alfred Nobel, as inscribed on this medal – “peace and brotherhood” – let’s feed them all.

Food is the pathway to peace.

The United Nations World Food Programme is the 2020 Nobel Peace Prize Laureate.  We are the world’s largest humanitarian organization, saving lives in emergencies and using food assistance to build a pathway to peace, stability and prosperity for people recovering from conflict, disasters and the impact of climate change. | Follow us on Twitter @WFPUSA @wfp_media