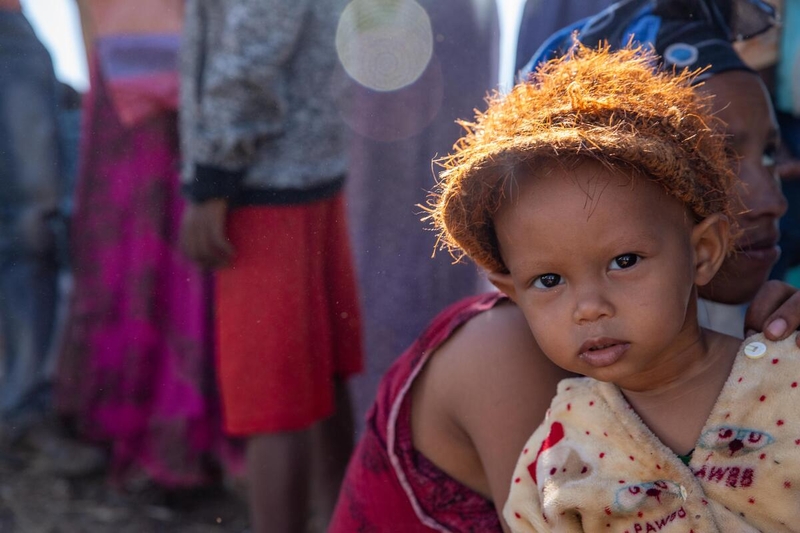 WFP Delivers Food to Another 1 Million People in Tigray, but Is Only Reaching Half of Those It Should Be

ADDIS ABABA – The United Nations World Food Programme (WFP) delivered food to over a million people in the northwest and parts of southern Tigray in June and July under the second round of distributions, despite numerous challenges. But severe shortages of food, cash, fuel and functioning telecommunications equipment mean the U.N. World Food Programme has only reached half of those it planned to reach, including communities on the verge of famine.

The U.N. World Food Programme aims to reach 2.1 million people with emergency food assistance from August onwards and needs at least 6,000 metric tons of food each week to do so. Due to insecurity and operational constraints, it has been unable to bring these quantities into Tigray in recent weeks.

More than 175 trucks arrived in the Tigray region, via the Abala corridor, during the first week of August. This included 90 trucks loaded with over 5,000 metric tons of lifesaving food. An additional 90 trucks are expected to arrive in the coming days to further replenish stocks of food, fuel, nutrition, health, WASH and shelter items in the region.

But with 5.2 million people in the region (90 percent of the Tigray population) in need of humanitarian food assistance – the U.N. World Food Programme and partners require at least 100 trucks to be arriving daily to meet the vast needs.

“People in Tigray are suffering due to lack of humanitarian support over the past month – we need to reach them now before they fall into famine. The U.N. World Food Programme is calling for all parties to agree to a ceasefire and guarantee an unimpeded flow of humanitarian supplies into Tigray, so that we can deliver lifesaving food and other emergency supplies safely before it’s too late,” said Michael Dunford, the U.N. World Food Programme’s Corporate Response Director for Tigray.

“Others in neighboring regions are also falling deeper into hunger as a result of the conflict and the U.N. World Food Programme is working with the Government to reach communities in Afar and Amhara with lifesaving food as soon as possible,” added Dunford.

The June IPC results indicate that up to 400,000 people will be facing famine-like conditions by September due to conflict, lack of market access, missed planting season and insufficient humanitarian support. To date, the U.N. World Food Programme has reached 2 million people with emergency food assistance across eastern, southern and northwestern zones of Tigray.

The agricultural planting season has been missed in many parts of Tigray and estimates show only 25 to 50 percent of the normal cereal production will be available this year. As a result, people in Tigray are expected to rely on food assistance up to the next year’s harvest season in October 2022.

Preliminary nutrition screening data shows Global Acute Malnourishment (GAM) rates near 30 percent for children under 5 years old and up to 80 percent for pregnant and breastfeeding women. UNICEF estimates 100,000 children in the region could die from complications of severe malnourishment. To date the U.N. World Food Programme has reached more than 400,000 vulnerable mothers and children with nutritionally fortified food, including 120,000 in July across 43 districts.

The U.N. World Food Programme also plans to work with the NDRMC to provide relief food in Amhara region.

There have been 3 United Nations Humanitarian Air Service (UNHAS) flights carrying 143 humanitarian staff to and from Tigray but these flights need to be operating at least twice a week to rotate humanitarian passengers in and out of the region.

Across Ethiopia, the U.N. World Food Programme aims to reach 11.9 million people in 2021 with food, nutrition and cash support and delivering activities to boost communities’ self-reliance and food security.