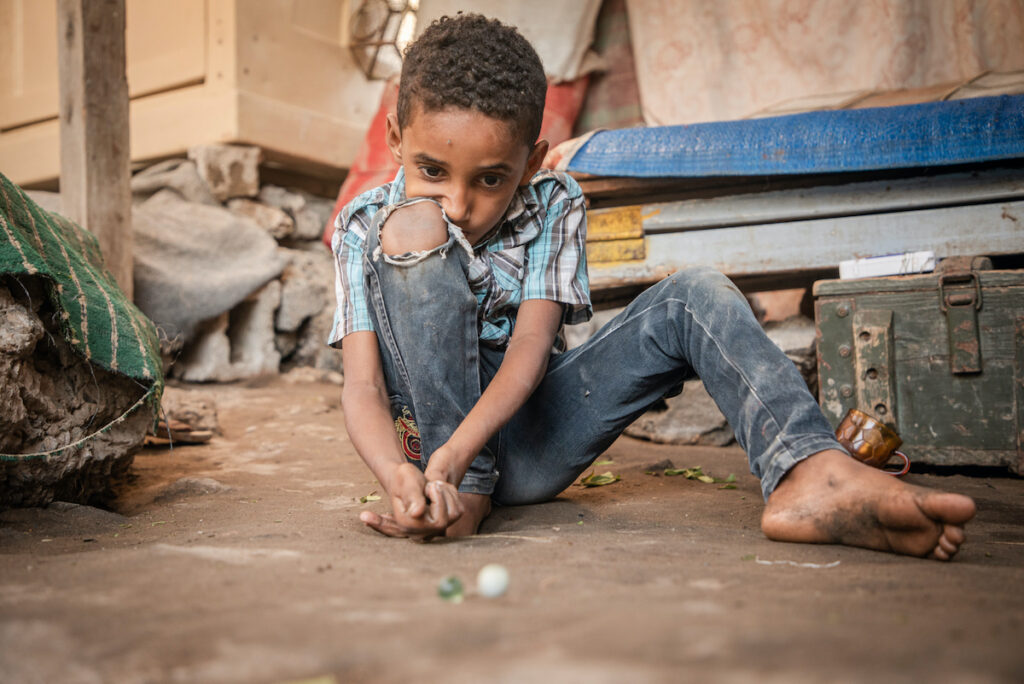 SANA’A – The United Nations World Food Programme (WFP) is increasing the level of food assistance in Yemen’s worst hunger hotspots in an effort to prevent a devastating famine. But the agency’s ability to sustain the response to the end of the year remains uncertain.

Nearly 50,000 people in Yemen are already living in famine-like conditions and 5 million people are in immediate danger. A child dies every 10 minutes of preventable diseases such as diarrhea, malnutrition and respiratory tract infections.

In April and May this year, after new funds were confirmed, the U.N. World Food Programme began increasing assistance to nearly 6 million people in the nine governorates with the highest rates of ‘emergency’ food insecurity (IPC4): Hajjah, Al Jawf, Amran, Al Hodeidah, Raymah, Al Mahwit, Sa’ada, Dhamar and Taiz. From June, these people will again receive the full ration every month.

The U.N. World Food Programme supports a total of 12.9 million people with food assistance in Yemen, prioritizing areas with the highest rates of food insecurity and providing rapid support to families displaced by conflict, such as in the Marib governorate. But in April 2020, in a challenging operating environment and facing reduced funding, the U.N. World Food Programme was forced to stop providing assistance every month, and instead provide it every two months, in the northern areas of Yemen.

This year, donors have so far stepped up with nearly $947 million for the U.N. World Food Programme’s famine prevention effort in Yemen, including large-scale support from the US, the Kingdom of Saudi Arabia, the United Arab Emirates, Germany and European Union. The U.N. World Food Programme’s food security monitoring, which tracks food consumption, dietary diversity and food-related coping strategies, will soon show the impact of the gradual scale up of assistance, as seen following the significant increase of assistance in 2019 when famine last threatened.

“We will start seeing the impact in the coming months, but initial gains will be fragile,” warned Bukera. “The U.N. World Food Programme’s ability to maintain this level of response until the end of the year hangs in the balance. Sustained, predictable and flexible funding is required immediately, otherwise we will see any progress undone and needs rapidly rise in what is an unpredictable and challenging operational environment.”

Hunger has increased in Yemen as the conflict has escalated, displacing families for the third or even fourth time as the war grinds into its seventh year. Rising food prices – up to 200 percent above pre-war levels – have made food unaffordable for millions. On top of this, a deadly second wave of COVID-19 is sweeping across Yemen and the healthcare system is unable to cope.

As the UN Security Council’s Resolution 2417 – passed three years ago this month – makes clear, the corrosive cycle of hunger and conflict means that peace will be the only lasting solution to Yemen’s hunger crisis. Until that day, humanitarian assistance is vital and the consequences of another funding shortfall would be devastating for Yemenis.