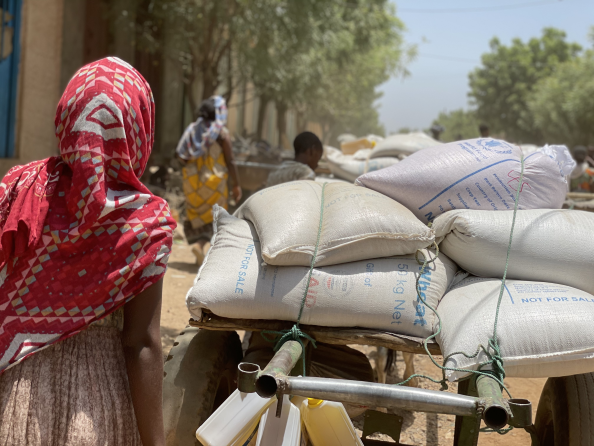 Aster Beyene, a 43-year-old mother of seven, who lost both her home and crops two months ago to conflict, became the 1 millionth person to collect wheat, split peas and vegetable oil from U.N. World Food Programme on Monday.

“Up until now I have relied on what little food I can get from my neighbors. At least now we have some relief from the hunger we have been suffering,” said Aster from Adi Millen, a remote rural village 31 miles from Shire in Northwestern zone. The U.N. World Food Programme provided food to the 4,500 villagers, bringing the first round of food distributions – which will be carried out every six weeks in Tigray – to a close.

“I am glad that the U.N. World Food Programme was able to bring the food to us here in Adi Millen, where we are far and cut off from many towns and markets,” Aster added.