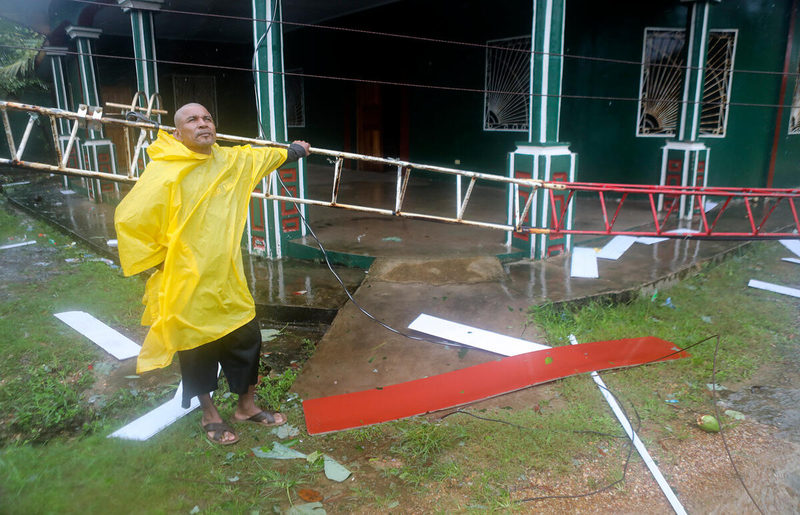 MANAGUA – As powerful Hurricane Eta makes landfall along the northern Caribbean coast of Nicaragua, the United Nations World Food Programme (WFP), at the request of the Government, has positioned 80 metric tons of food assistance in the region. The Category 4 hurricane, with winds of 240 km/h, is bringing heavy rain and causing damage to homes, agricultural fields, roads and power lines.

“The United Nations World Food Programme (WFP) began working alongside the Nicaraguan authorities soon after it was announced that this tropical storm could become a hurricane that could impact the most vulnerable population in the country,” said Giorgia Testolin, U.N. World Food Programme Representative in Nicaragua. “We joined forces to respond immediately, pre-positioning food for the people affected. Our staff have also deployed to the hurricane impacted area so as to support the national response with logistics and telecommunications support.”

In preparation for the hurricane’s arrival, on November 1, the U.N. World Food Programme dispatched 72 metric tons of rice and 8 metric tons of vegetable oil to the Autonomous Region of the Northern Caribbean, which with a population of approximately 520,000, is facing the brunt of the hurricane. The U.N. World Food Programme is also providing telecommunications and logistics support, including mobile warehouses, pre-fab offices, generator and radio and satellite systems to support the local operational centers.

U.N. World Food Programme staff have deployed to Siuna and Bilwi in the Autonomous Region of the Caribbean Northern Coast to support the local and regional governments. Working closely with the Government, the U.N. World Food Programme will support damages and needs assessments and will provide emergency telecommunications support to the National System of Prevention, Mitigation and Disaster Assistance (SINAPRED).

Nicaragua declared a Red Alert for the Northern Caribbean region on November 2 and a Yellow Alert for the departments of Jinotega and Nueva Segovia.

The Caribbean Northern Region is mostly inhabited by indigenous Miskito and Mayagna communities, and Afro-descendants, who are among the poorest and most vulnerable communities in Nicaragua. Their main livelihoods are fishing and agriculture.