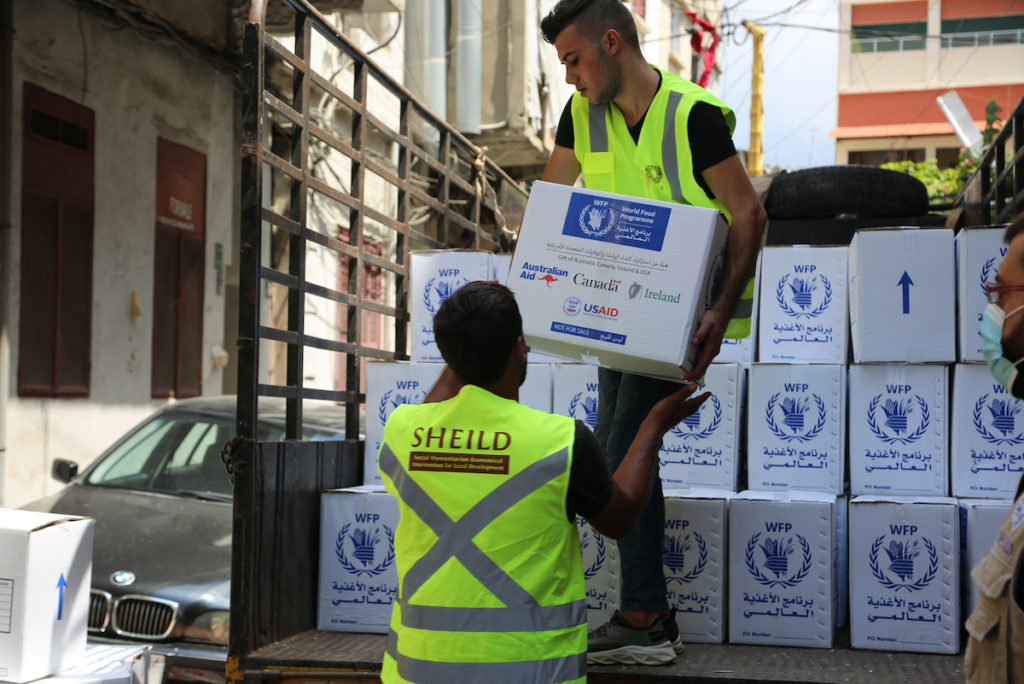 Beirut – The United Nations World Food Programme (WFP) Executive Director David Beasley announced today that the organization is bringing 17,500 metric tons of wheat flour and a three-month supply of wheat into Lebanon to help replenish the country’s food reserves as part of a rapid logistics operation that will also involve setting up warehouses and mobile grain storage units.

Beasley’s visit comes as Lebanon faces a triple shock from the explosion, an economic meltdown and the impact of COVID-19 infection. He spent three days in Lebanon visiting the Ports of Beirut and Tripoli, witnessing food distributions and the provision of food in communal kitchens run by U.N. World Food Programme partner, Caritas. He also visited injured U.N. World Food Programme staff in the hospital and had meetings with the Lebanese president and top government officials where he stressed the U.N. World Food Programme’s operational autonomy and neutrality.

“It is hard to comprehend the sheer scale of the destruction caused by the explosion until you have seen it for yourself. I am heartbroken,” said David Beasley, Executive Director of the U.N. World Food Programme. “Today, because of the port explosion, thousands of people have been left homeless and hungry. The U.N. World Food Programme is racing to provide help for the most vulnerable and to prevent food shortages across the country.”

Lebanon imports nearly 85 percent of its food needs and – prior to the blast – the bulk of trade coming into the country passed through Beirut Port. The first wheat flour shipment that the U.N. World Food Programme is bringing to the country is due to arrive within the coming ten days.

“After examining the port we feel confident that we can establish an emergency operation very soon. There’s no time to waste as we are looking at a catastrophe in the making if we do not get food in and get this part of the port operational again,” he said.

According to the World Bank, one million people in Lebanon are currently living below the poverty line.

Beasley added that the blast that devastated Beirut Port turned the world’s eyes towards the country that had been suffering without being heard for over a year. “It’s time to listen,” he said.

The U.N. World Food Programme has procured 150,000 food parcels to distribute to families impacted by the economic crisis and COVID-19 lockdown measures. Since the blast, the U.N. World Food Programme distributed parcels to two local communal kitchens run by NGOs that are providing meals to victims of the blast and volunteers working to clean up the debris.

Building on its existing cash assistance program in Lebanon that serves more than 100,000 Lebanese, the U.N. World Food Programme will scale up its assistance by ten-fold to reach up to 1 million people across the country including Beirut residents who have been directly affected by the blast. The most vulnerable people will be identified in partnership with local and international NGOs who are engaged in relief efforts, with the assistance of community leaders and U.N. World Food Programme partners.

This emergency assistance the U.N. World Food Programme is launching in Lebanon requires a total of $235 million to provide food support to the most vulnerable as well as logistics and supply chain support to the country.