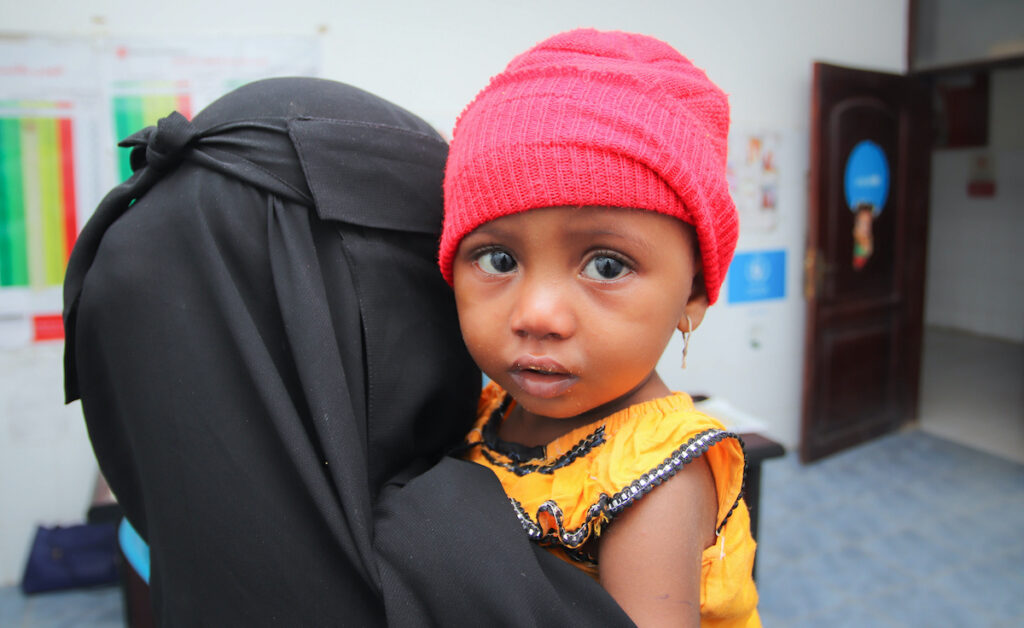 NEW YORK – I honestly wish I had some good news. It seems like a repeat performance of what we have done in 2018, 2019. I would literally like to be pretty clear and pretty blunt about the situation because I don’t want a single person to leave here with any doubt about the scale of the humanitarian disaster that we’re now confronting in Yemen.

We are on a countdown right now to a catastrophe in Yemen. The people have been ravaged by years of conflict-fueled hunger and malnutrition. Now, there’s a toxic combination taking place of surging violence, a deepening of the economic and currency collapse, and COVID-19 is ratcheting up the misery to a whole new level.

So we have got to get the world to open its eyes, to realize what we’re truly seeing is the unfolding humanitarian disaster — before it’s too late. If we choose to look away, there’s no doubt in my mind Yemen will be plunged into a devastating famine within a few short months.

The truth is…we have been here before, we were here just a few years ago. I briefed the Security Council on Yemen in 2018 and 2019 with Mark Lowcock. We did almost the same dog-and-pony show. We sounded the alarm then. In November 2018 I warned of the horrors that innocent civilians were forced to endure, and, today, quite frankly their suffering is even more pitiful than then and than ever.

I highlighted in those discussions the deepening economic crisis caused by the collapse in the value of the Yemeni Riyal. Then, it was 720 Riyal to the dollar. It was 215 before the war started. And actually it was 80 just 20 years ago. So 720 two years ago and now – as Mark referenced – it’s 120, 140 to the dollar. So you can imagine it’s worse than it was when we were speaking two years ago. Already one of the poorest nations on the face of the planet. Today, it’s worth even less – 844 to the dollar. And there are actually some economic analyses that say it could go to 1,000 Riyal to the dollar. You can just imagine the impact that would have.

I also warned that 12 million people were one step away from famine. I ended my briefing to the Council by begging, literally begging for the resources to avoid imminent famine. Good news is that leaders around the world stepped up. Many of you with us today, nations stepped up with new funding. Thankfully, we were able to pull Yemen back from the brink of famine. We averted famine. And that’s not just a word. It means we’ve saved lives. People didn’t die, like they would have if you had not stepped up and done what we needed to do.

But, in the two years since that time, so much of our good work has been wiped out. And, once again, famine is knocking on the door. Let me tell you in part why.

Since 2018, it seems like our people have spent countless days, weeks and months negotiating with the Ansar Allah authorities for access to the areas they control, and for permission to set up the monitoring systems that donors rightly expect in return for their taxpayer dollars.

Instead of being able to focus on getting life-saving food assistance to the people who desperately need it, we’ve spent the past two years trying to overcome these unnecessary obstructions.

Even worse, the endless delays caused major donors to lose confidence that we would be able to ensure that the right people were getting the support they need. And the contributions were reduced. We had clearly explained to the Ansar Allah authorities that, with all the increased demands around the world due to Covid and economic deterioration, the last thing we needed was this kind of games. Because donors have to make decisions on where the most efficient and effective use of those tax-payer dollars are. So, as a result, in April, we were forced to cut rations to 9 million people living in areas controlled by the Ansar Allah authorities.  You can only imagine what’s going to happen to people. It’s not rocket science. Each family now receives a full ration every two months, instead of every month. It just breaks my heart.

As Mark said, let me give a glimmer of hope because we did have a breakthrough just three days ago. I’m grateful that on Sunday we finally got the Ansar Allah authorities to come forward on the biometric registration of beneficiaries in Sana’a City. This is a pilot project for 150,000 beneficiaries. And I like to think this is a major step forward, a new chapter for cooperation between all the parties in Yemen. It will allow us to scale up and roll out biometric registration in Ansar Allah areas as quickly as possible, to give donors the confidence to provide fresh funds.

Because of lack of liquidity and the Yemeni Riyal collapsing – if we can get cash through the biometric system – we believe that this will provide a serious economic boost of liquidity into the marketplace and hopefully stabilize the Riyal, at least back down to about 550 to the dollar, and that would help restore food prices. But it would not only just help the 13 million people that we’re supporting now, but that would end up helping all 29-30 million people in the entire country.

If we can get that confidence back to the donors – that’s putting about half a billion dollars’ worth of liquidity that we believe we can inject into the market place through the beneficiaries in 2021, and that would help stabilize the currency and get the economy moving again.

But Ansar Allah needs to show they are willing to help us. And they can do that by meeting the seven pre-conditions set by donors in February 2020. Of these seven, five have still not been met, although we are slowly making progress on all of them.

And quite frankly, these are things that should be resolved in hours or days, not weeks, months and years. And, we are asking for nothing exceptional nor new, just to implement as we do all over the world. Why would anyone stand in the way of that?

I truly hope the Ansar Allah authorities will now continue working with us to meet these criteria and play their part so that we can raise the funds that will, quite literally, mean the difference between life and death for millions of Yemenis.

But we are running out of time. The war now rages across more than 40 frontlines. Yemen’s foreign currency reserves, were boosted by $2 billion in 2018 – but that money is now down to zero again. As a result, the cost of basic foods has sky-rocketed.

The impact on food security has been catastrophic. Pre-COVID-19, analyses found the number of people facing severe food insecurity was expected to exceed about 17 million people out 29-30 million people in 2020. Further analysis in the Southern districts from a few months ago predicted that acute food insecurity would rise sharply – from 25% to 40% of the population by the end of the year. That’s about 3.2 million people of the 7.9 million surveyed.

Now the latest internal analysis tells us that famine is truly a real and dangerous possibility. The warning lights are flashing, and they are not flashing yellow. They are flashing red as red can be.

We can’t wait for a formal decision of famine to act. We have to stop waiting for the crisis to reach a boiling point and then doing just enough to pull it back from the brink. It’s time to stop with these band-aid solutions.

We need the authorities to continue working with us and cooperate with us on efforts to restore donors’ confidence.

But we also need a comprehensive, funded plan – immediately – to avert the famines glaring us in the face, stabilize the shattered economy, support longer-term development, and above all bring pressure to bear on the warring parties to silence the guns and make peace.

So, today, I am calling on all our major donors to step up with additional funds to avoid the looming famine in Yemen.

To restore rations to all beneficiaries and resume other activities such as specialized nutrition support to children and nursing mothers, we require $2.6 billion for the whole of 2021.

Let me say this very clearly – to avert famine for 2021, we will need $1.9 billion. We can’t nickel and dime this to death. We have got to move now and people are going to die if we don’t.

Come January, even though we got nine million people on half rations – out of 13 million people that we are supporting – we’re running out of money now. And come January we are going to have to cut rations additionally for six million people, and we will run completely out in March. And I can’t even begin to tell you the catastrophe that will be.

Amid the darkness which threatens to overwhelm Yemen, I ask the Security Council to give the people of this nation a glimmer of hope.

I urge you: don’t turn your backs on them – don’t turn your backs on the people of Yemen. Listen to the alarm that Mark and I are sounding before it is too late. Seize this brief opportunity that we have to avoid the famine which is already gaining a foothold in parts of Yemen. We’ve got to do it today – I believe in you – these innocent victims of war in Yemen; the little boys and little girls, the families, the women – they’re looking to us to save them from famine and this catastrophe.