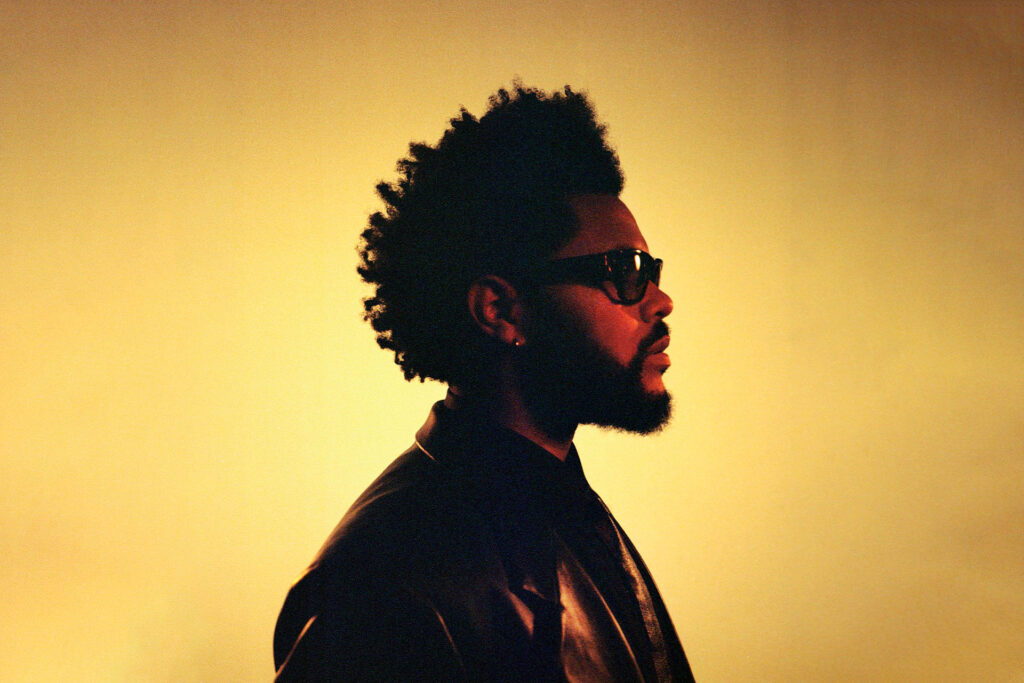 The Grammy Award© Winning Artist Joins Ambassadors Kate Hudson, Michael Kors and others in the fight against global hunger

Los Angeles, CA (October 7, 2021) – The United Nations World Food Programme (WFP), 2020 Nobel Peace Prize Laureate and the world’s largest humanitarian organization fighting global hunger, today announced that Multi-platinum and Diamond certified global superstar The Weeknd has been named a Goodwill Ambassador. He joins an international roster of ambassadors who use their voices and platforms to advocate for ending global hunger. Each year, the U.N. World Food Programme provides lifesaving food assistance to over 100 million people in more than 80 countries. 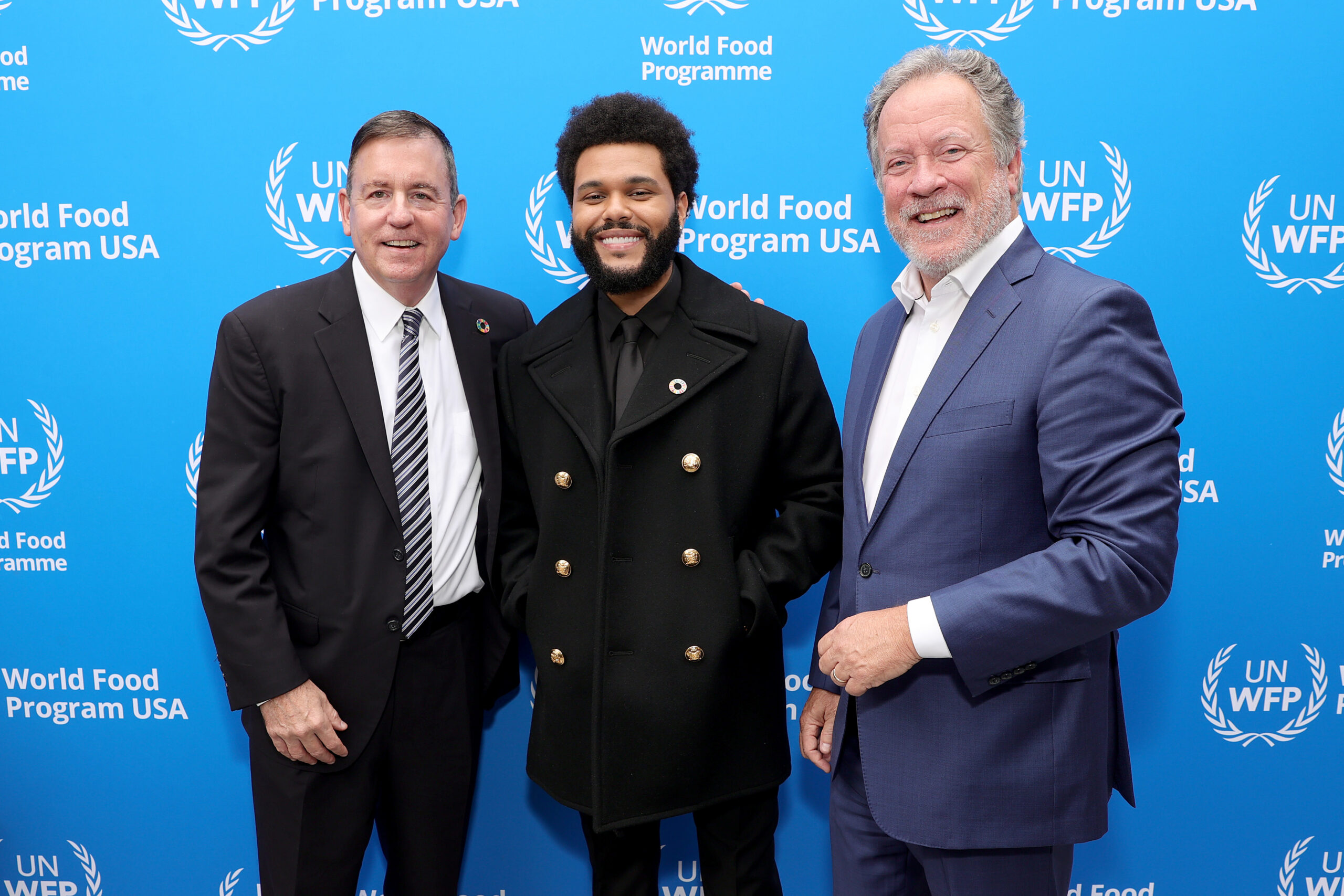 “The U.N. World Food Programme is doing urgent and important work to change and save lives on a daily basis and I feel passionately about addressing world hunger and helping people in need. Our partnership is an authentic extension of all our efforts and intentions to help those in need and bring an end to so much suffering,” said Abel ‘The Weeknd’ Tesfaye.

The Weeknd has been a passionate advocate and generous supporter of humanitarian causes throughout his career, with over $3 million in donations to various organizations in the past year. Most recently, he donated $1 million to the U.N. World Food Programme’s relief efforts in Ethiopia following months of deadly violence in northern Ethiopia. As the son of Ethiopian immigrants to Canada, the conflict deeply impacted him, and ultimately this moved him to deepen his relationship with the U.N. World Food Programme.

“We are thrilled to welcome The Weeknd to the WFP family. His compassion and commitment to helping the world’s hungriest people is truly inspirational,” said United Nations World Food Programme Executive Director David Beasley. “Every night, 811 million people go to bed hungry, and another 270 million are marching toward starvation. This is just not right and we have got to speak out and act today to save lives. We need everyone to come join our movement to end hunger – it is all hands on deck to avoid a global catastrophe.”

“Whether he is performing or speaking out about global hunger, The Weeknd’s voice is powerful and inspiring, only matched by his dedication to helping people around the globe,” said World Food Program USA President and CEO Barron Segar. “We are honored that he has joined our mission. He will undoubtedly inspire the next generation of humanitarians in the fight to ensure no man, woman, or child goes to bed hungry.”

About the U.N. World Food Programme:
The United Nations World Food Programme is the 2020 Nobel Peace Prize Laureate and the world’s largest humanitarian organization, saving lives in emergencies and using food assistance to build a pathway to peace, stability and prosperity for people living with conflict, natural disasters and the impact of climate change.

World Food Program USA, a 501(c)(3) organization based in Washington, DC, proudly supports the mission of the United Nations World Food Programme by mobilizing American policymakers, businesses and individuals to advance the global movement to end hunger. Our leadership and support help to bolster an enduring American legacy of feeding families in need around the world. To learn more about World Food Program USA’s mission, please visit wfpusa.org/about-us.

Filtering R&B and pop through an ambitious widescreen lens, The Weeknd has taken over popular music and culture on his own terms. The multi-platinum and diamond certified star is one of the most listened to artists in the world on Spotify (over 68 billion streams), and is a top 10 artist of all time for RIAA singles. His 2020 album After Hours is the #1 most streamed R&B album of all time (followed by his 2016 album Starboy at #2), and his 80’s nostalgic track “Blinding Lights” went 5X RIAA-certified platinum and broke the record for Billboard’s longest-running #1 on its US radio chart. Alongside his gilded musical career, he has graced the covers of TIME, Forbes, Variety, Rolling Stone, Esquire, Harper’s Bazaar, and GQ magazines, as well as late night TV stages with heralded performances on SNL, Jimmy Kimmel, Stephen Colbert and the VMAs, where he accepted the awards for Video of the Year and Best R&B and most impactfully as the solo headliner of the 2021 Super Bowl LV. He walked away from The Billboard Music Awards with 9 trophies including Top Artist, along with notable wins and performances at the acclaimed Brit Awards and iHeart Music Awards. In recent times he has made acting appearances in TV and film, with 2019’s film Uncut Gems as well as starring in and co-writing an episode of the hit show American Dad. He generously shares, making over $3M in donations so far in 2020 and 2021 to various charities including a recent $1 million dollar donation to help with the crisis in Ethiopia. The continuous record breaking of charts, sales and streams, headlining the biggest festivals and stadiums in the world including this year’s Super Bowl, and his ever mysterious public persona have combined to establish The Weeknd as one of the most compelling and significant artists of the 21st century.