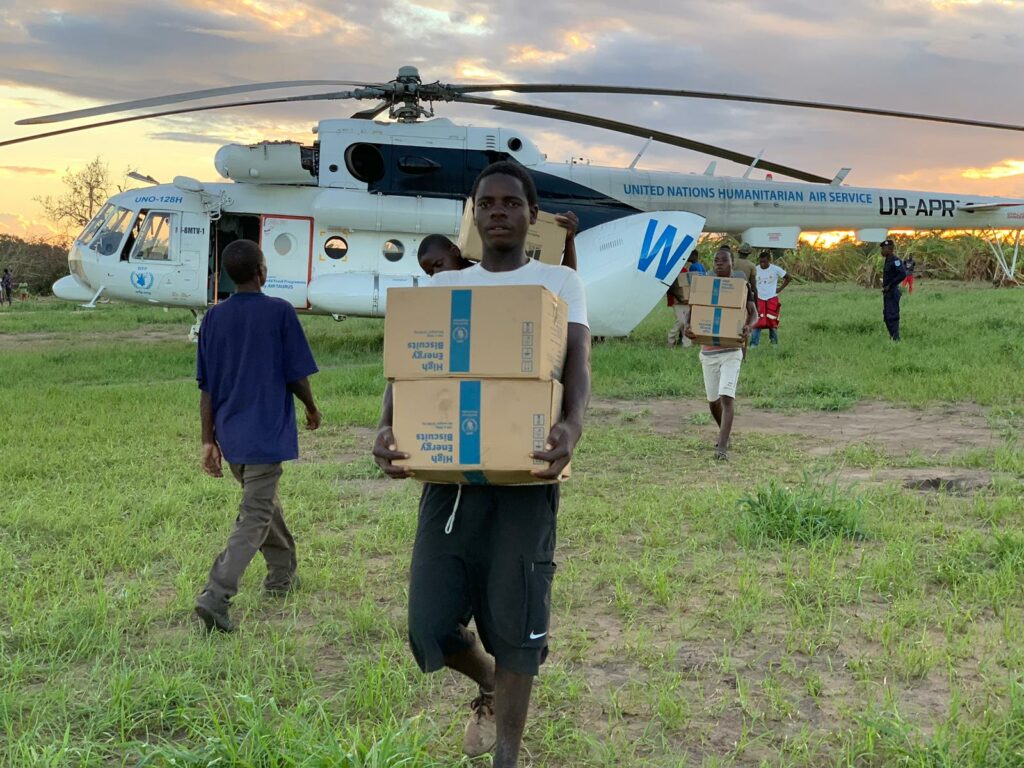 BEIRA: The United Nations World Food Programme on Friday declared the Mozambique flood crisis a Level 3 emergency, putting it among a handful of top response priorities for the organisation, on a par with Yemen, Syria and South Sudan.

It follows the government’s declaration earlier this week of a national emergency – the country’s first – and request for international assistance. That triggered the activation of global, multi-agency ”clusters” to coordinate relief efforts on food security, logistics and emergency telecommunications (led or co-led by WFP) as well as on water and sanitation.

Satellite imagery shows numerous floodplains, including an “inland ocean” 125 km by 25 km – the size of Luxembourg – where water levels surged as high as 11 metres, submerging almost everything in their path.

An MI-8 transport helicopter contracted by the WFP-run United Nations Humanitarian Air Service (UNHAS) continued to airdrop food – including WFP high-energy biscuits (HEBs) and micronutrient-rich peanut paste used to prevent and treat malnutrition as well as tents, medicines and other essentials for stranded communities outside Beira.

Another 20 metric tons of biscuits airlifted from a WFP-operated UN emergency response depot in Dubai landed in the western city of Chimoio on Friday, and a further planeload is due to arrive in Beira on Saturday.

To date, more than 20,000 people have received WFP food assistance.

Two more UNHAS MI-8s, and two cargo planes with a capacity of 10 and 20 metric tons, are due to join the relief effort in the next few days.