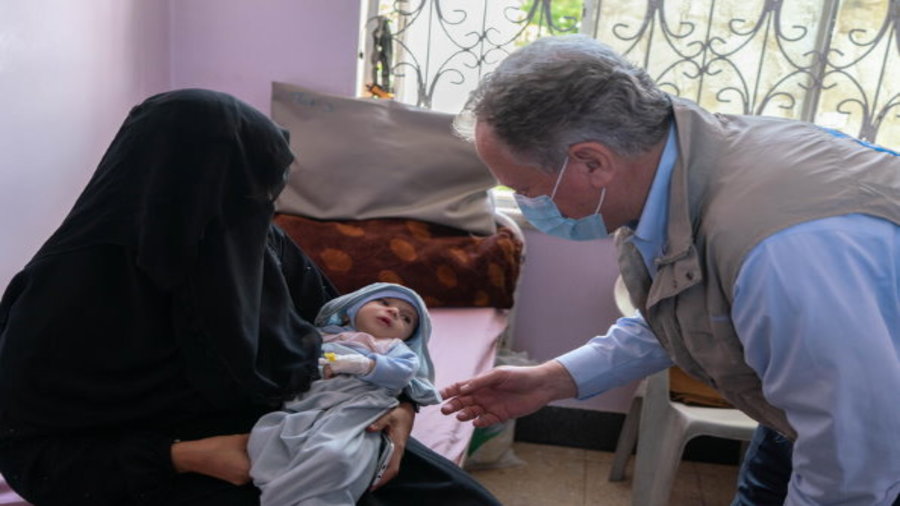 “Just two days ago, I was in Yemen, where over 16 million people now face crisis levels of hunger or worse. These aren’t just numbers. These are real people. And we are headed straight toward the biggest famine in modern history. It is hell on earth in many places in Yemen right now.”

“Around 400,000 children may die in Yemen this year without urgent intervention. That is roughly one child every 75 seconds. So, while we’re sitting here, every minute and a quarter, a child is dying. Are we really going to turn our backs on them and look the other way?”

“To add to all their misery, the innocent people of Yemen have to deal with a fuel blockade. For example, most hospitals only have electricity in their intensive care units because fuel reserves are so low. I know this firsthand because I’ve walked in the hospital. And the lights were off. The electricity was off. The people of Yemen deserve our help. That blockade must be lifted, as a humanitarian act. Otherwise, millions more will spiral into crisis.”

On conflict and hunger:

“Man made conflict is driving instability and powering a destructive new wave of famine that threatens to sweep across the world. The toll being paid in human misery is unimaginable. So I want to thank the Secretary-General for his leadership in trying to avert these famines.”

“These looming famines have two things in common: they are primarily driven by conflict, and they are entirely preventable … The cycle of violence, hunger and despair pulls in more and more individuals and families as the weeks and months pass. But the potential consequences are truly global: economic deterioration, destabilization, mass migration and starvation.”

“Beyond the immediate crisis, we also need to invest in peace, so that in the future, desperate families are not forced to the brink of survival by the bullet and the bomb. The costs of this violence are immense: just in 2019 $14.5 trillion dollars a year – 15% of global GDP. It would take a fraction of this money to fund the development programs that could transform the lives of people in fragile, conflict-scarred nations – and help lay new pathways to peace.”