While World Food Program USA welcomes the significant funding provided by Congress through this spending bill, needs will only continue to rise in the coming years. Conflict, climate change and the threat of a global recession have already pushed global hunger to record levels. So far, famine has been largely contained thanks to considerable emergency funding provided by the United States beyond regular appropriations. It is vital that the appropriations process returns to regular order in the 118th Congress, that base funding for key international food assistance accounts are grown and that Congress continues to provide emergency supplemental funding as new needs arise.

WASHINGTON, DC (May 19, 2022)— World Food Program USA commends the passage of H.R. 7691, a bill that provides additional supplementary funding by the United States to address the crisis in Ukraine and its global impacts. This bill, adopted in the House of Representatives on May 10 by a vote of 368-57 and in the Senate on May 19 by a vote of 86-11, provides almost $5 billion in humanitarian assistance that can be used to address growing global food security needs in Ukraine and in countries impacted by the conflict there.

Prior to the crisis in Ukraine, over 44 million people in dozens of countries were already facing the looming prospect of famine. Global food prices had risen to record levels and humanitarian organizations like the United Nations World Food Programme were responding to a dramatic rise in hunger from the convergence of Covid-19, conflict, and climate change. Russia’s invasion of Ukraine caused global food prices to spike further and worsened existing hunger emergencies around the world, threatening global markets and stability.

The United States has long been a leader in the global fight against hunger and the single-largest donor to the U.N. World Food Programme. This latest action furthers that proud legacy, another reminder of the bipartisan and bicameral support for global food security that exists in the U.S. Congress. This funding will allow organizations like the U.N. World Food Programme—facing increased costs of food, fuel, and transport—to provide lifesaving assistance to millions of people around the world. It’s morally right, economically smart, and will help provide stability in a fragile world.

WASHINGTON, DC (May 11, 2022)— As the world faces a hunger catastrophe of unprecedented scale, today the United Nations World Food Programme Executive Director David Beasley spoke to the Senate State, Foreign Operations and Related Programs Appropriations Subcommittee on the increasing rates of global hunger and growing need for funding to feed families across the globe. In support of the U.N. World Food Programme, the world’s largest provider of humanitarian food assistance, World Food Program USA has joined a coalition of more than 20 advocacy partners to call on Congress for $5 billion in supplemental international food assistance. Last night, the House of Representatives passed the bill (H.R. 7691) with overwhelming bipartisan support and it now awaits a Senate vote.

“WFP now anticipates that in the countries where we operate, acute hunger could rise by 47 million people from a pre-war baseline of 276 million people who were already in the grip of acute hunger. This means that up to 323 million people could be facing crisis levels of acute food insecurity in the coming months,” Executive Director Beasley described in his written testimony submitted to the Subcommittee.

The Ukraine war is driving wheat, cooking oil and other commodity prices to near all-time highs across global markets. The U.N. World Food Programme has seen its operational costs increase by more than $70 million each month to reach the same number of beneficiaries. To prevent both humanitarian and development contexts from metastasizing into global instability, additional resources are required.

Executive Director Beasley outlined what’s at stake if Congress doesn’t act swiftly: “The costs of humanitarian inaction are tremendous, especially for people in need, who in the worst cases pay with their lives. Failing to mobilize sufficient, strategic, and timely funds for humanitarian assistance will not spare national budgets. Let me warn you clearly: if you do not respond now, we will see destabilization, mass starvation, and migration on an unprecedented scale, and at a far greater cost.”

“I therefore urge the members of this body to take decisive action to prevent a rapidly worsening global food crisis and help WFP and our partners stabilize the food security of the most fragile countries at this time of unprecedented need. At a minimum, an additional $5 billion for food assistance from the United States will provide aid agencies like WFP with the support they need to stem the tide of famine.”

The Senate must pass this life-saving funding bill to help the U.N. World Food Programme maintain food assistance to 45 million people on the brink of famine as well as others in dire need.  Providing food, nutrition and cash vouchers to vulnerable households that cannot access or afford nutritious food to feed their families is among the most cost-effective ways to reduce further instability.

World Food Program USA is calling on individuals across the country to join its Advocacy Network and to contact their representatives to support this critical funding. Together, the American public can encourage the Senate to act today to help ensure that no family goes to bed hungry tomorrow. 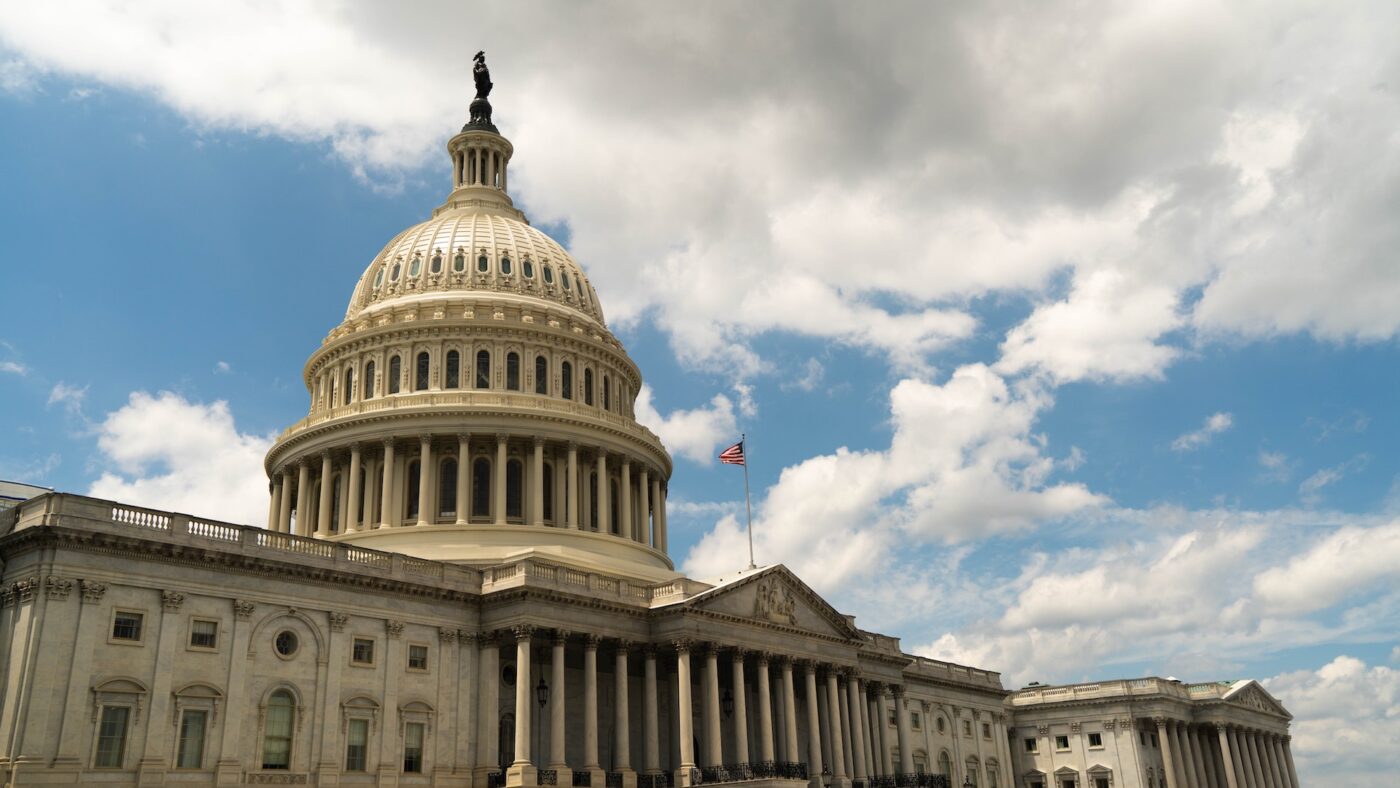 Make your voice heard by signing the zero hunger pledge and sharing it with your friends and family.

Join Our Community of Advocates

Sign the zero hunger pledge today to join our dedicated community of advocates and help us create a world without hunger.

Past Campaigns to congress 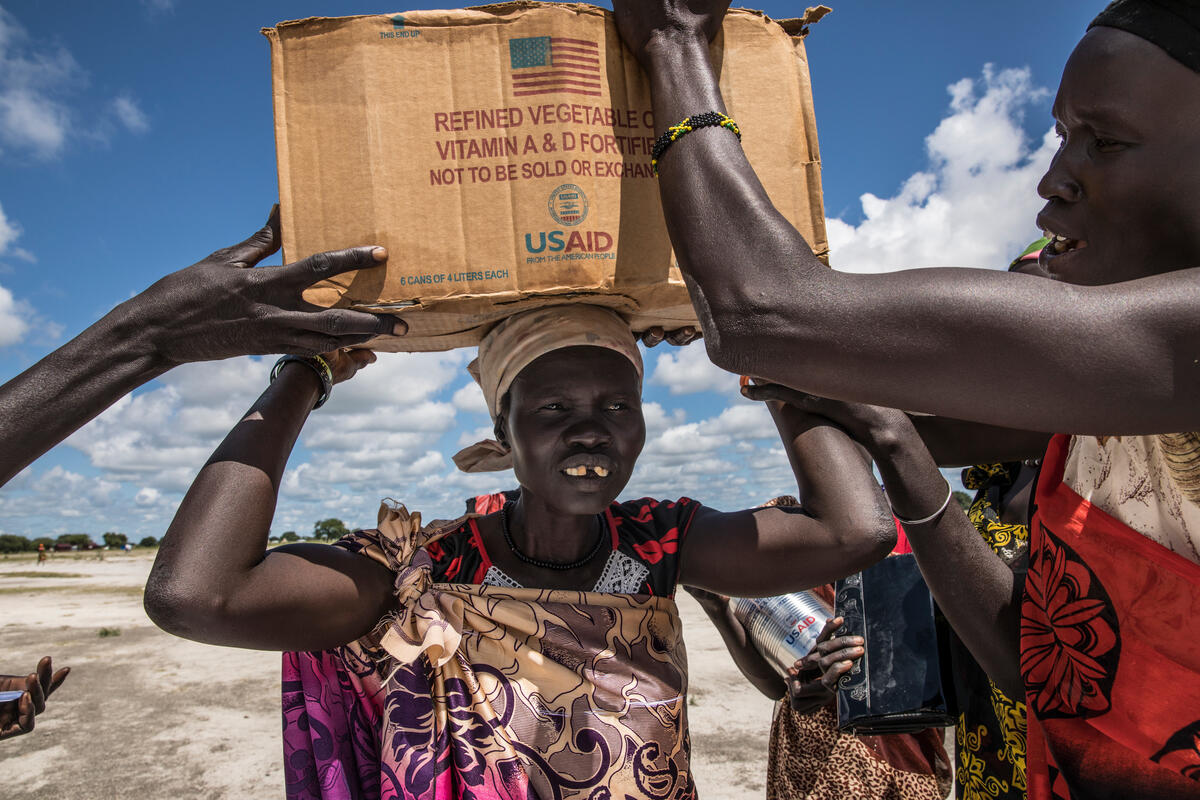 $5B in Food Relief 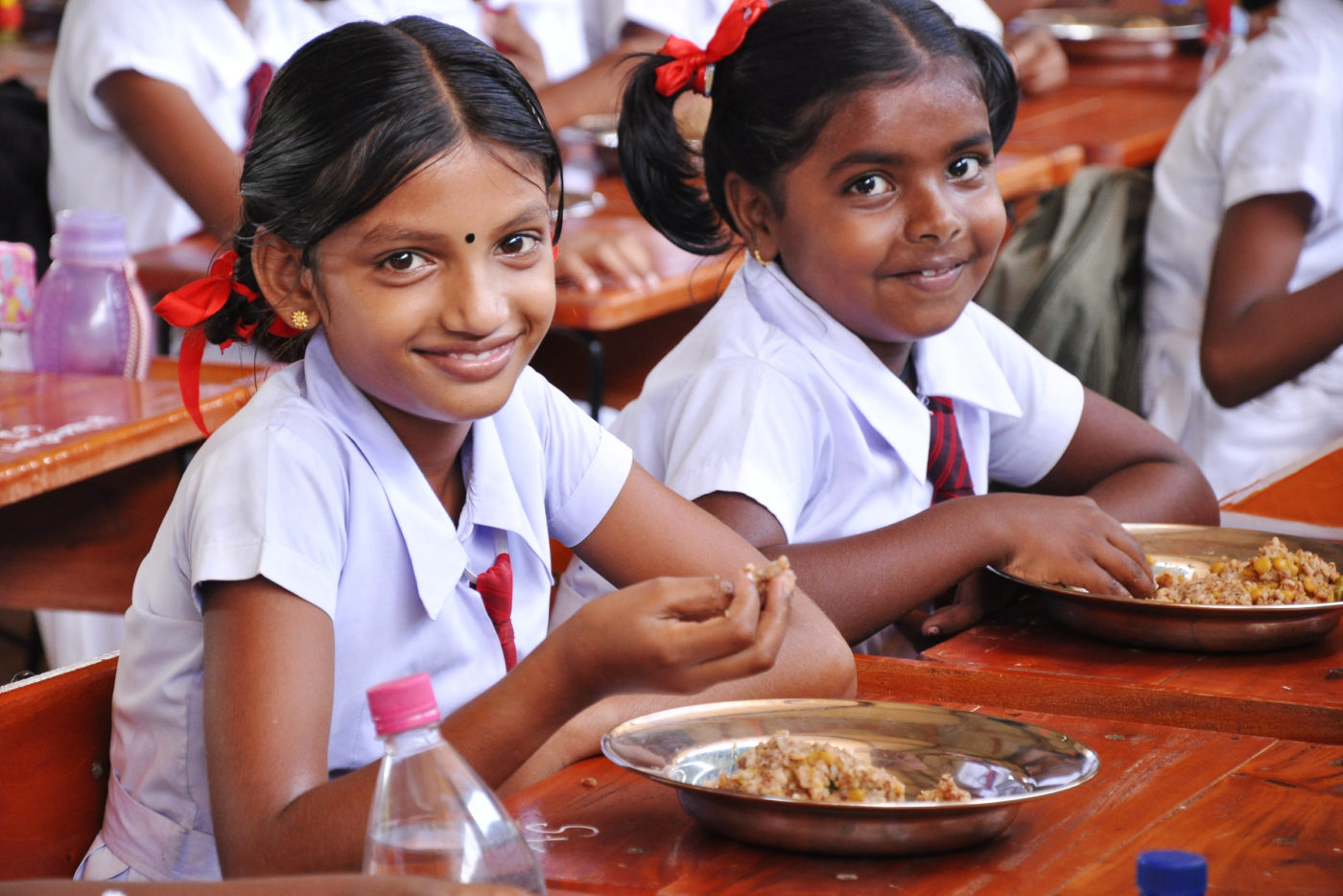 H. Res 1156 reaffirms the support of Congress for the George McGovern-Robert Dole International Food for Education and Child Nutrition Program. Advocates took action and contacted their Members of Congress to support this resolution and it passed! We hope our community of advocates will continue to show support for the McGovern-Dole Program when it comes up for a vote in the Senate.

As the world commemorates the 50th anniversary of John F. Kennedy’s death today, World Food Program USA remembers his legacy in the fight against hunger.

Washington, DC – Senator Robert Dole, who died today at the age of 98, left behind an extraordinary record of contributions to the United States and to the world. Among them all, he deserves special recognition for the truly transformational role he played in the domestic and global fight against hunger.

A founding board member of World Food Program USA and a lifelong champion for anti-hunger causes both at home and abroad, among the greatest of his legacies, the McGovern-Dole Food of Education Program, has reached millions of school-aged children around the world with lifesaving assistance since its inception in 2002.

“I had the distinct honor and privilege to work with Senator Dole since 1979. There is no Member of Congress I have ever worked with that was more passionate about giving a voice to those who didn’t have one than Bob Dole,” said Randy Russell, World Food Program USA Board Chair.

“He saw the true potential in people and through his efforts helped millions of Americans and people across the globe reach theirs. Before my father passed away – a World War II veteran who was in the 82nd and 101st Airborne – I asked him who his hero was and without hesitation he said: Bob Dole. He was my hero, too.”

“As a Kansan, Bob Dole has been one of our favorite sons and one of the greatest legislators of all time. His work on behalf of the poor, disabled and hungry has been transformational in changing the lives for the better for citizens of his own State, and for the country as a whole,” said Dan Glickman, World Food Program USA Board Member and former U.S. Secretary of Agriculture. “He witnessed poverty as a kid in the Depression, and he always worked to aid the most vulnerable people at home and around the world. He had many great achievements, including feeding the hungry at home and globally, and especially his leadership in establishing the Americans for Disability Act. But I will always remember his great legacy as his wit and extraordinary humor in everything he did.”

Deep in his soul and driven by his conscience, Senator Dole possessed the impulse to feed hundreds of millions hungry people on our shores and abroad. Many of those people were rescued from the abyss of hunger because of his concern for their plight. Many others – including all of us at the World Food Program USA – have been inspired by him.

Today, as we mourn Senator Dole, we draw on that inspiration to do everything we can for as long as it takes to ensure that all people have the food and nutrition every human being deserves and must have to thrive.

Senator Dole is a shining example of America’s commitment to ending hunger in all its forms and is a figure central to this country’s legacy of leadership on issues related to global hunger. We offer our deepest condolences to his wife, the former Senator Elizabeth Dole, his daughter Robin and to the large family of friends and admirers he cultivated over a glorious career of public service.

The United Nations World Food Programme is the 2020 Nobel Peace Prize Laureate and the world’s largest humanitarian organization, saving lives in emergencies and using food assistance to build a pathway to peace, stability and prosperity for people recovering from conflict, disasters and the impact of climate change.

World Food Program USA, a 501(c)(3) organization based in Washington, DC, proudly supports the mission of the United Nations World Food Programme by mobilizing American policymakers, businesses and individuals to advance the global movement to end hunger. Our leadership and support help to bolster an enduring American legacy of feeding families in need around the world. To learn more about World Food Program USA’s mission, please visit wfpusa.org/mission-history.

On this day in 1960, President Dwight D. Eisenhower addressed the UN General Assembly and spoke on the issue of world hunger.

We must never forget that there are hundreds of millions of people, particularly in the less developed parts of the world, suffering from hunger and malnutrition, even though a number of countries, my own included, are producing food in surplus. This paradox should not be allowed to continue.

During his presidency, Eisenhower signed the Agricultural Trade Development and Assistance Act, which created Food for Peace, a U.S. program that sent food aid overseas to countries in need. Today, the U.S. government’s Food for Peace program is the largest donor to WFP.

In this speech, Eisenhower suggested that the United Nations spearhead a similar initiative to provide food assistance from many different countries as one.

The United States is already carrying out substantial programs to make its surpluses available to countries of greatest need. My country is also ready to join with other members of the United Nations in devising a workable scheme to provide food to member states through the United Nations system, relying on the advice and assistance of the Food and Agriculture Organization. I hope this Assembly will seriously consider a specific program for carrying forward the promising Food for Peace Program.

His proposal was taken into consideration, and the resulting World Food Programme was created during John F. Kennedy’s presidency.

President Eisenhower helped create a lasting legacy of food assistance throughout the world.

From a speech on hunger in 1948 to his proposal for a UN-wide program similar to Food for Peace, he understood the implications of world hunger on children, education, leadership and peace, and those implications continue today.

Without setting our eyes on solving hunger, the world will remain as dark as Eisenhower saw it in 1960. Because food is peace and comfort and the future.

The original version of this article appeared on The Examiner and has been republished with permission.