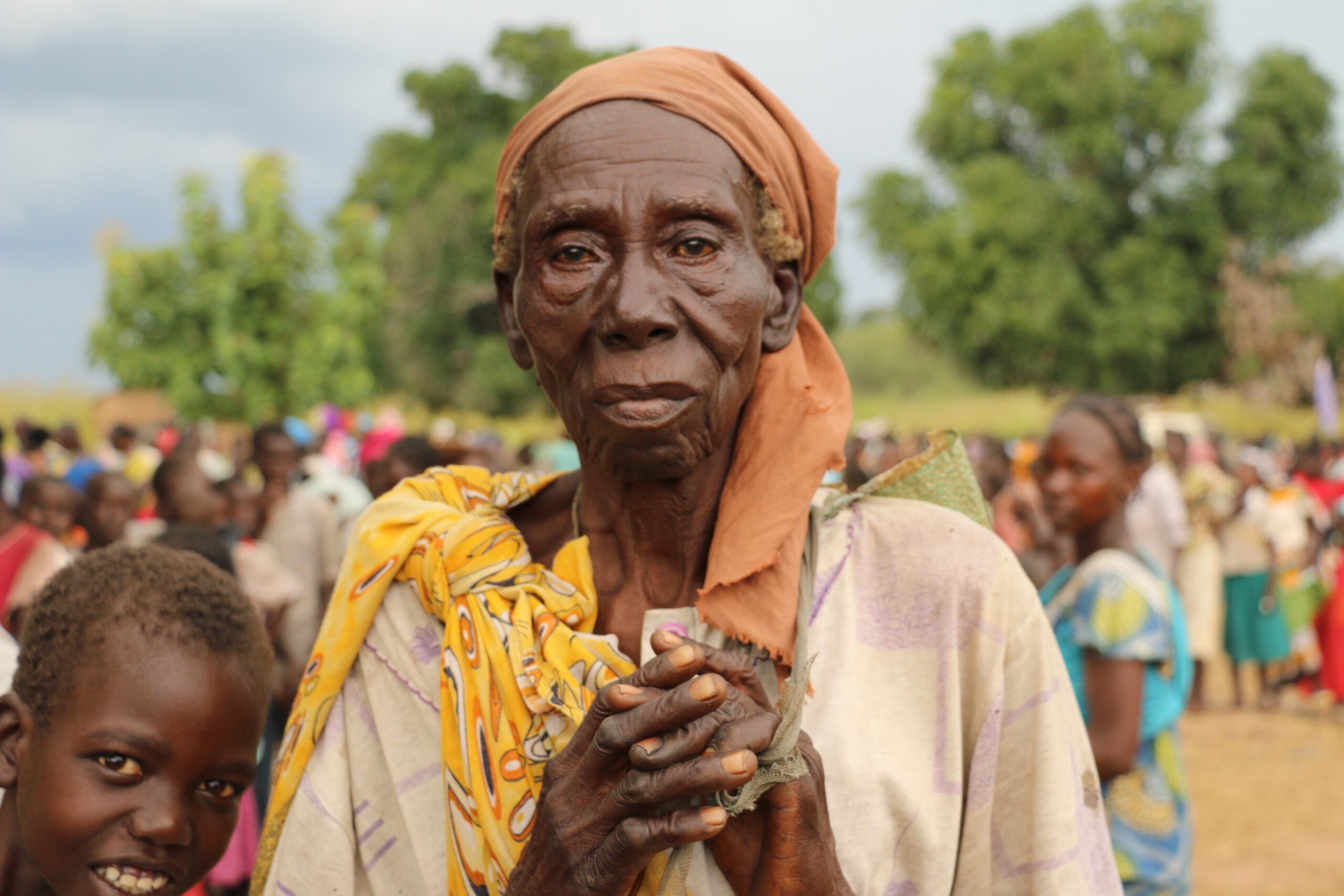 5 Voices From the South Sudan Crisis

Today, record-high levels of hunger across South Sudan are caused by a deadly combination of man-made conflict and changing weather. 2018’s poor harvest and a longer-than-normal dry season have left 61% of the population in acute levels of food insecurity or worse. These are five of their stories.

The World Food Programme (WFP) calls it the Ilyushin 76. In Ganyiel, Unity State of South Sudan, the local community calls it gwad in reference to its big wings. What both words convey are a plane that drops food from the sky.

For 7-year-old Peter Mabor, the gwad has dropped food to his family so many times that he knows how to make a model version of it out of mud.

“It is white. It brings sorghum, oil, yellow split peas and red sorghum,” he describes. 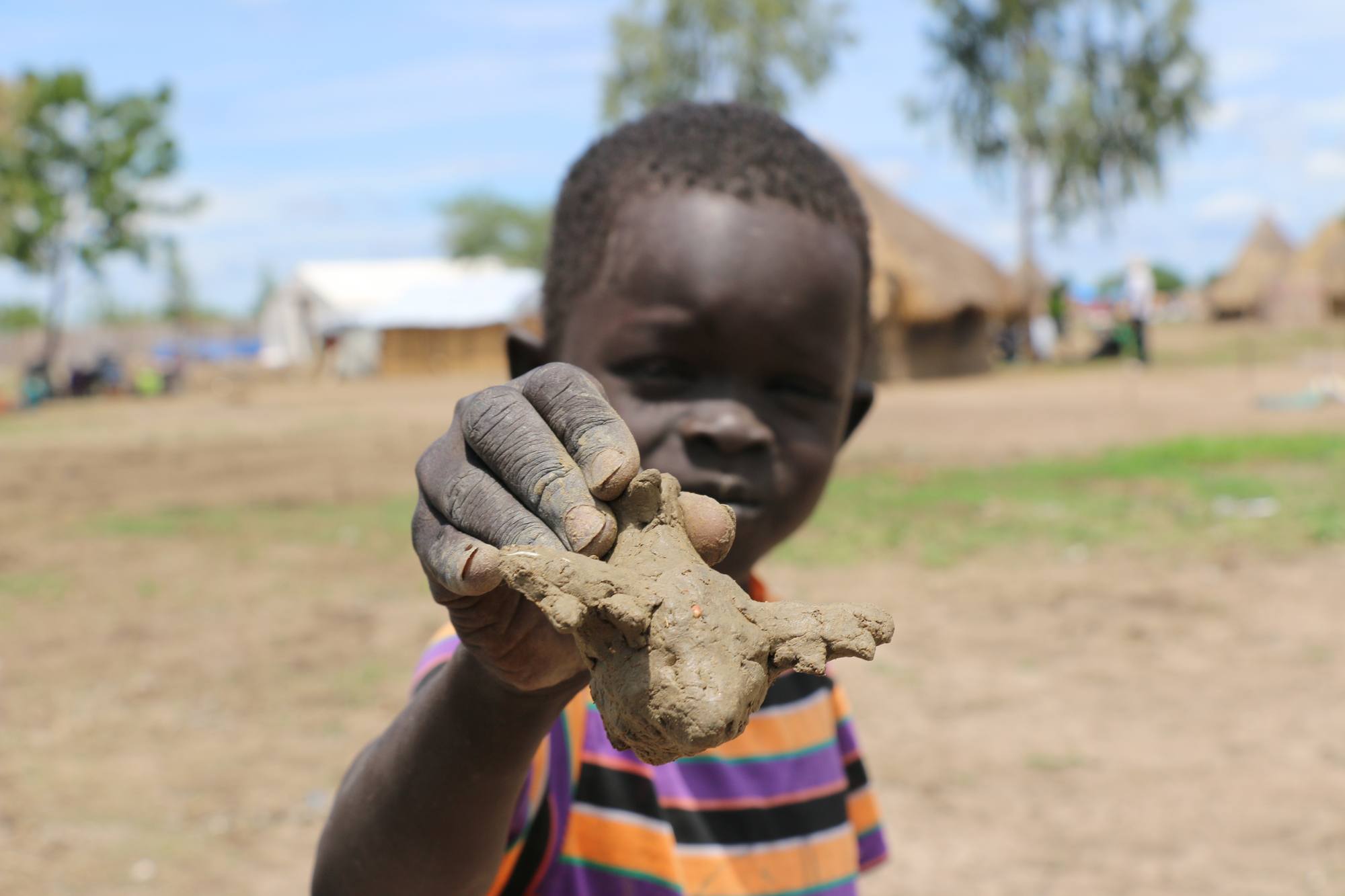 Seven-year-old Peter Mabor likes to watch WFP planes air drop food. While he watches, he also plays with his toy version, which he made out of mud.

Conflict and rising food prices put the farming business on hold for Apu Riang, his wife and five children. And so, the family made the difficult decision to leave their home behind and set off on foot to Darfur, walking for two weeks.

WFP met them during their journey last year — the children on the backs of donkeys, Apu and his very pregnant wife walking in the sweltering heat.

“I am leaving with anger and sadness because hunger is forcing me to leave my homeland,” he said. “If there was food for us to eat, I would not even think of leaving.” 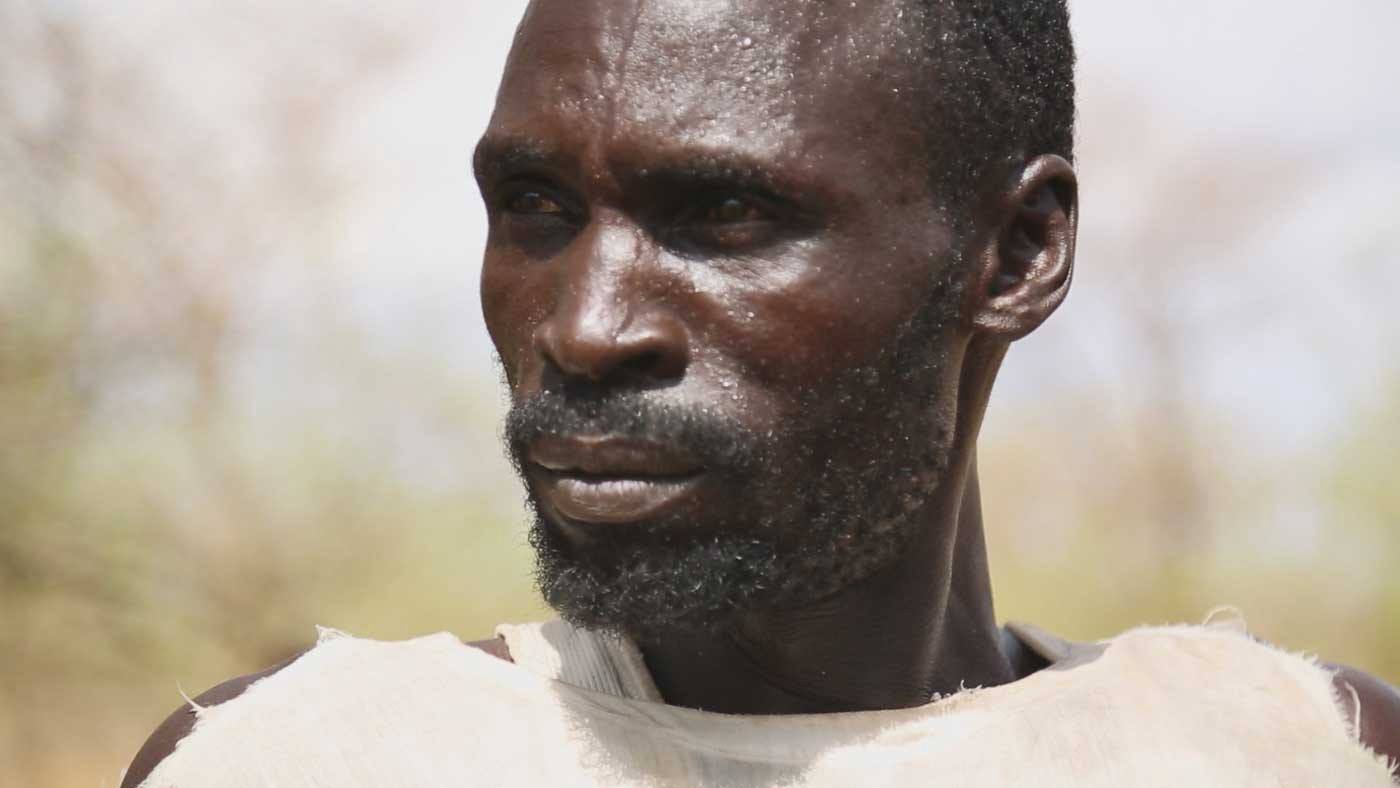 Apu strode with a spear at his side, piercing the air in time with his steps. He told WFP that the spear was for lions.

When South Sudanese government forces attacked the town of Pajok, Abeer grabbed her three grandchildren and ran for her life. They narrowly escaped the bullets and knives and made it across the Ugandan border.

WFP USA met Abeer in a crowded tent of 40 people — worn, battered, yet filled with hope. 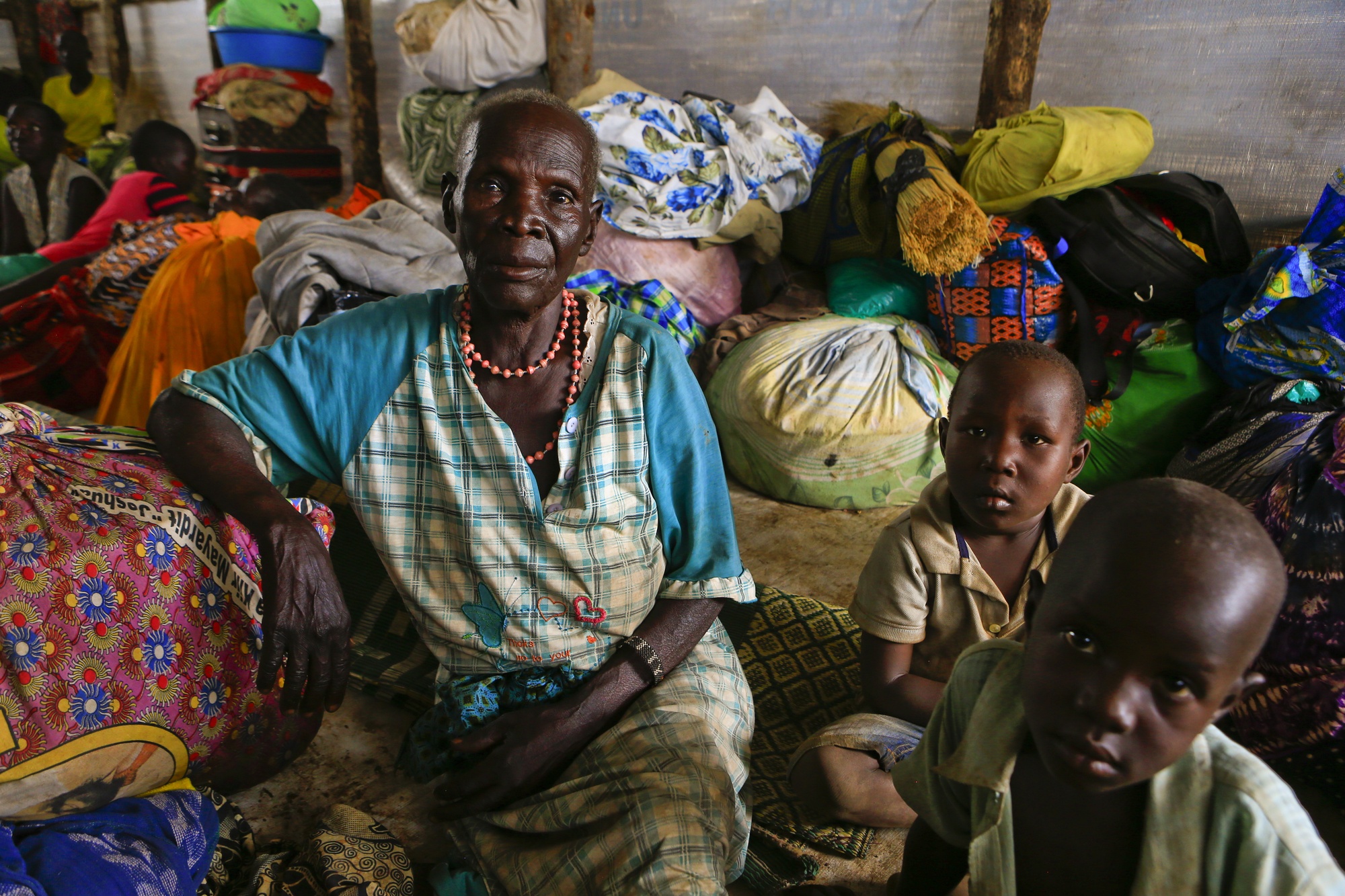 Abeer and two of her grandchildren sit in a tent along the border between South Sudan and Uganda.

The day after fighting broke out in Bor County, South Sudan, Michael Thon and his family left their home amidst soldiers shooting guns and neighbors fleeing. A nursing assistant at the local hospital, Michael didn’t even have time to notify his employers of his decision.

Their 1-year-old son Alier was shot and killed as he was carried in his wife’s arms — this was the risk of staying behind. The family crossed the Nile River by boat, pleaded with truck drivers to take them into the capital city of Juba and eventually traveled on foot into Uganda.

“We like it here in Uganda,” he explains. “We are safe, there is no war, our children go to school, we have access to health care and we receive food.” 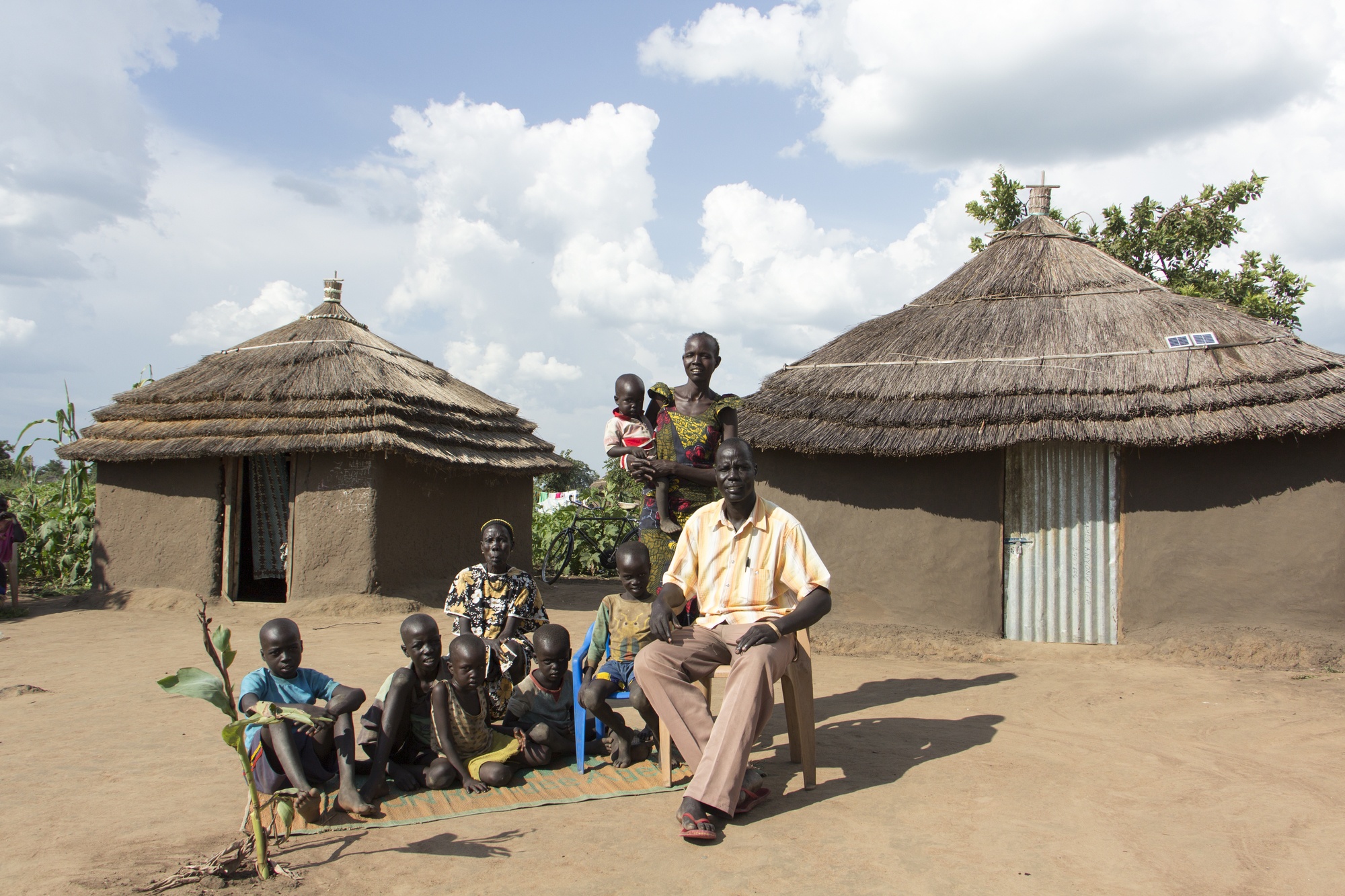 Michael Mingol Thon and his family escaped from the fighting in South Sudan.

Maria described to WFP Senior Communications Officer Challiss McDonough how she gathered up her five children upon hearing gunfire near their home. They walked for three months in search of safety, eating wild fruits and lily-pad bulbs. Maria gave birth to her sixth child along the way, strapped him onto her back and kept walking.

For McDonough, who met Maria last year, the women of South Sudan represent such strength:

“In the vast settlements and camps for the displaced, it is the faces of the women like Maria that I always remember.”

“They are mothers, grandmothers, daughters, sisters. They have journeyed distances I can barely comprehend — on foot, in boats, in the backs of trucks on rutted roads — with their children in tow, to find safety. To find food. To find a way of keeping hold of the hope that they can still build better lives for themselves, and give their children a chance for a better future.” 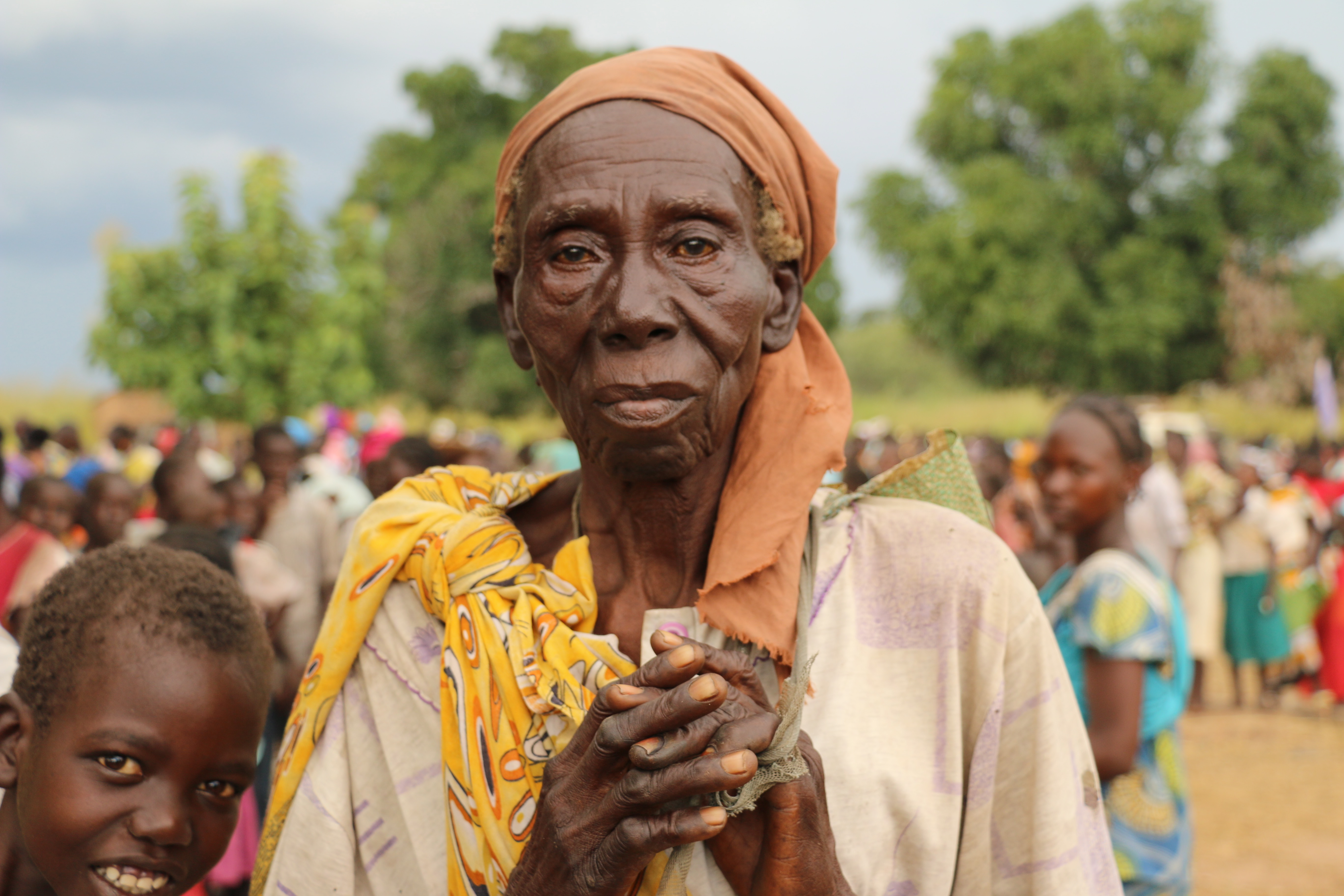 For more stories and information on the world's youngest nation, visit our South Sudan page.

View Page
It looks like you're outside of the United States.