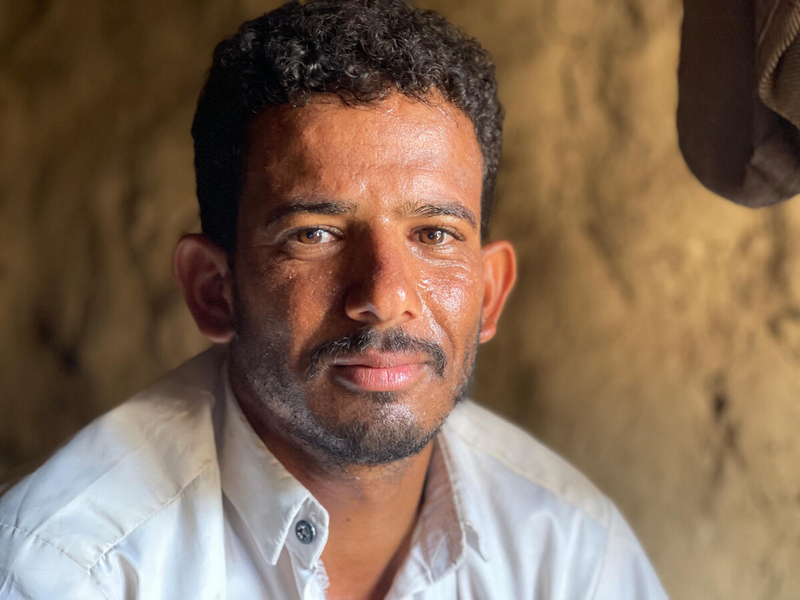 Throughout this year, the United Nations World Food Programme (WFP) has increased assistance to all famine risk areas in Yemen, but as the economy keeps deteriorating, families are struggling to survive.

In Maghrabah, a remote district in Hajjah governorate in northern Yemen, families are resorting to eating the waxy leaves of a local tree to survive, boiling them to soften them into a bitter-tasting paste that is slightly more digestible. Maghrabah is one of 11 districts in Yemen where famine-like conditions were identified in late 2020.

“Sometimes we get a little food from the neighbors, but there are nights when we starve. All of us,” said Abdullatif. “When this happens, we have to eat leaves. The tree grows in our village and many of the people here eat the leaves due to a lack of food.”

Abdullatif and his wife have five children. The family receives monthly food assistance from the U.N. World Food Programme – a food basket of staples including flour, beans, oil, sugar and salt. That is the only food they have – and when it runs out the family gathers leaves from the ‘halas’ tree to eat. 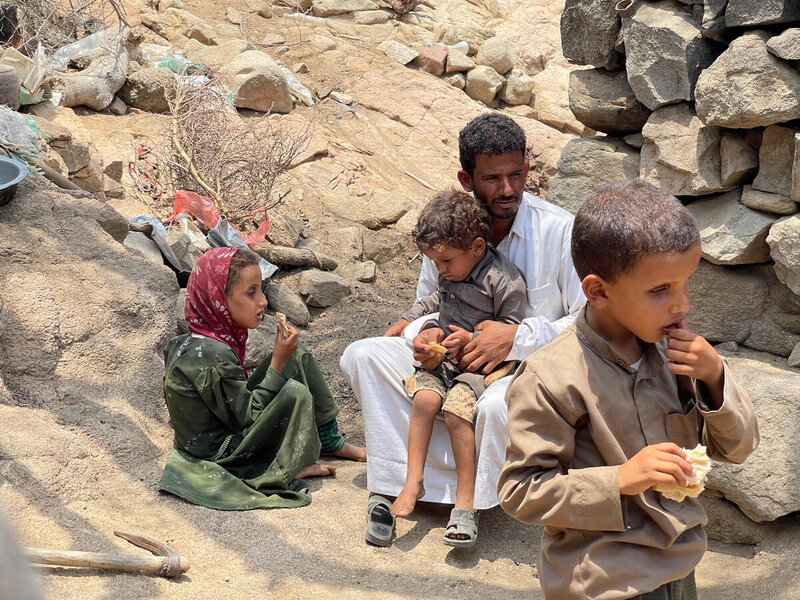 Villagers used to eat the leaves only occasionally, but now this plant has become a regular meal.

Abdullatif’s remote village has been further isolated by fuel shortages. Fuel imports into Yemen are down 73 percent year on year, pushing prices up and creating a thriving black market. Few in Adbullatif’s village can now afford public transport, making travellng for medical care – or even to market to buy food – almost impossible. 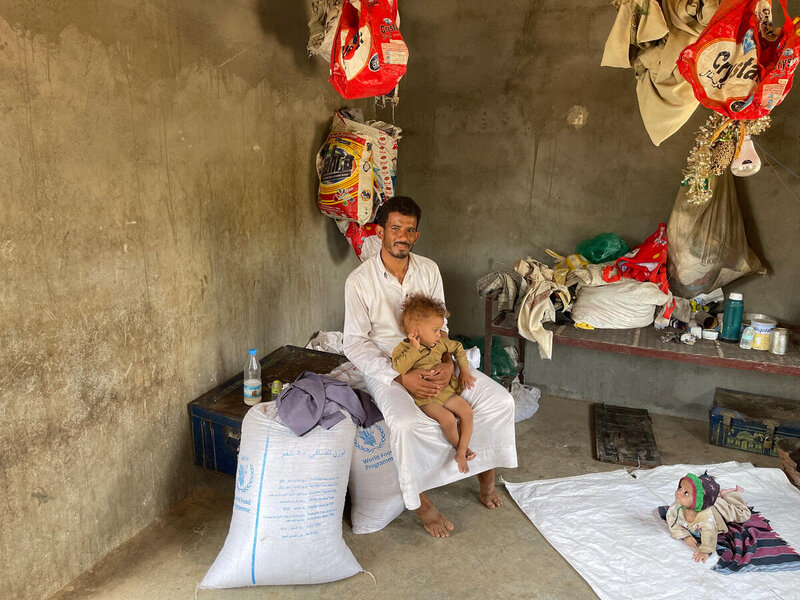 Even for families who have access to markets, soaring food prices have left millions in Yemen struggling to afford enough food to get them through the day. The cost of a minimum food basket has risen by well over 40 percent since the start of the year in some southern regions.

While Yemen’s crisis is complex, the effect of years of war on families like Abdullatif’s is clear.

“I don’t care about my future now. What I care about now is how I can feed my kids,” said Abdullatif.

Abdullatif’s two youngest children – one-year-old Jalal and Jalilah, 4 months – were showing signs of severe hunger in early September. Their hair began turning blonde, a sign of serious nutrient deficiency. They are just two of the 2.3 million Yemeni children under 5 at risk of malnutrition this year. But despite the warning signs, Abdullatif says he cannot afford to take them to a nutrition clinic – the cost of transport is too high for him.

The drivers of Yemen’s crisis – the conflict and economic decline – show no signs of abating. Neither does the U.N. World Food Programme’s commitment to supporting up to 13 million Yemeni people with emergency food assistance. To learn more about our work in Yemen and how conflict is driving hunger, click here.

This story originally appeared on WFP’s Stories on September 16, 2021 and was written by Annabel Symington.

Conflict is pushing millions of families like Abdullatif’s into severe hunger. Visit our Conflict Hub learn how war drives hunger and how you can be part of the solution.