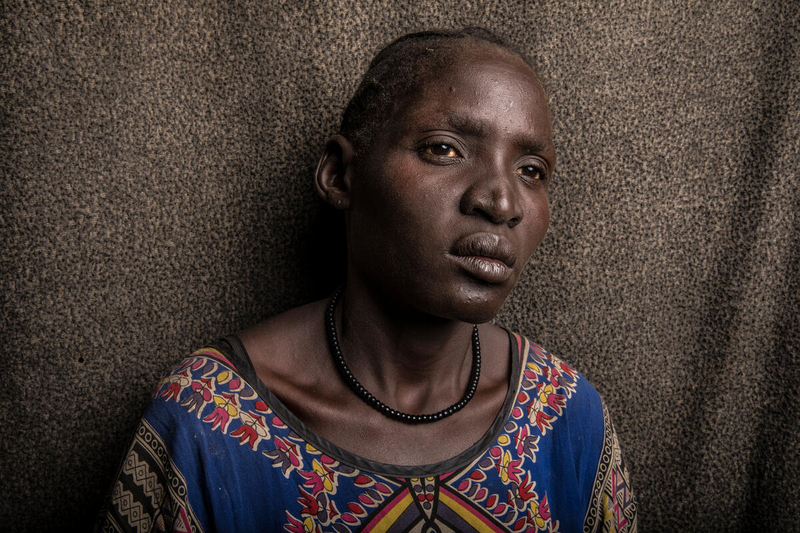 “I Am Hopeful for Peace.” One Mother’s Story of Surviving Conflict and Loss in South Sudan

Every year, on the 16th of November, the United Nations celebrates International Day for Tolerance. In a world where conflict is the number one driver of global hunger, it’s more important than ever to foster peace, tolerance and understanding.

It’s just the right day to take a look back at one mother’s story of hardship, survival and hope in South Sudan-a country plagued by violent civil war for eight years.

The Story of a Child’s Name

Reik was about one-and-a-half years old when we met him. His name means “problem,” in the local language of Jaguar Village in Thaker, South Sudan.

His name’s meaning is at odds with the determined looking baby perched on his mother’s lap where she sits on the ground outside their hut. Nestling him with one arm, she stirs a pot with the other.

Reik’s six older siblings sit nearby. They are barefoot and thin, clearly eager for the meal to be ready, and their closeness as a family is apparent.

There is a story behind Reik’s name. His mother, Deborah, chose it because he was born at a time of great difficulty for her. Deborah’s husband – Reik’s father – was killed the day after Reik was born during an attack on their village. Their story is heartbreaking; even more so because it isn’t unique.

When Half a Country Goes Hungry

Civil war has been tearing South Sudan apart since December 2013. The nation, created in July 2011, has seen very little peace in its short existence.

Today, more than half the population is facing severe levels of hunger and needs immediate, lifesaving food. The country’s humanitarian situation was dire even before the coronavirus crisis – and a looming invasion of desert locusts.

But the primary cause is entirely man-made, protracted conflict, which has displaced millions of people both within and outside the country and has prevented it from achieving socio-economic stability. Instead, economic crisis prevails across South Sudan, with people’s assets—painstakingly amassed over years—being rapidly depleted.

At only 34, Deborah has seen more than her share of loss and hardship: “On May 8, 2018, I gave birth to my last-born child, and the next day, on May 9, my husband was killed.” She pauses and repeats for emphasis: “I gave birth and one day later my husband got killed.”

Following her husband’s death, Deborah was forced to gather her children and flee their home. 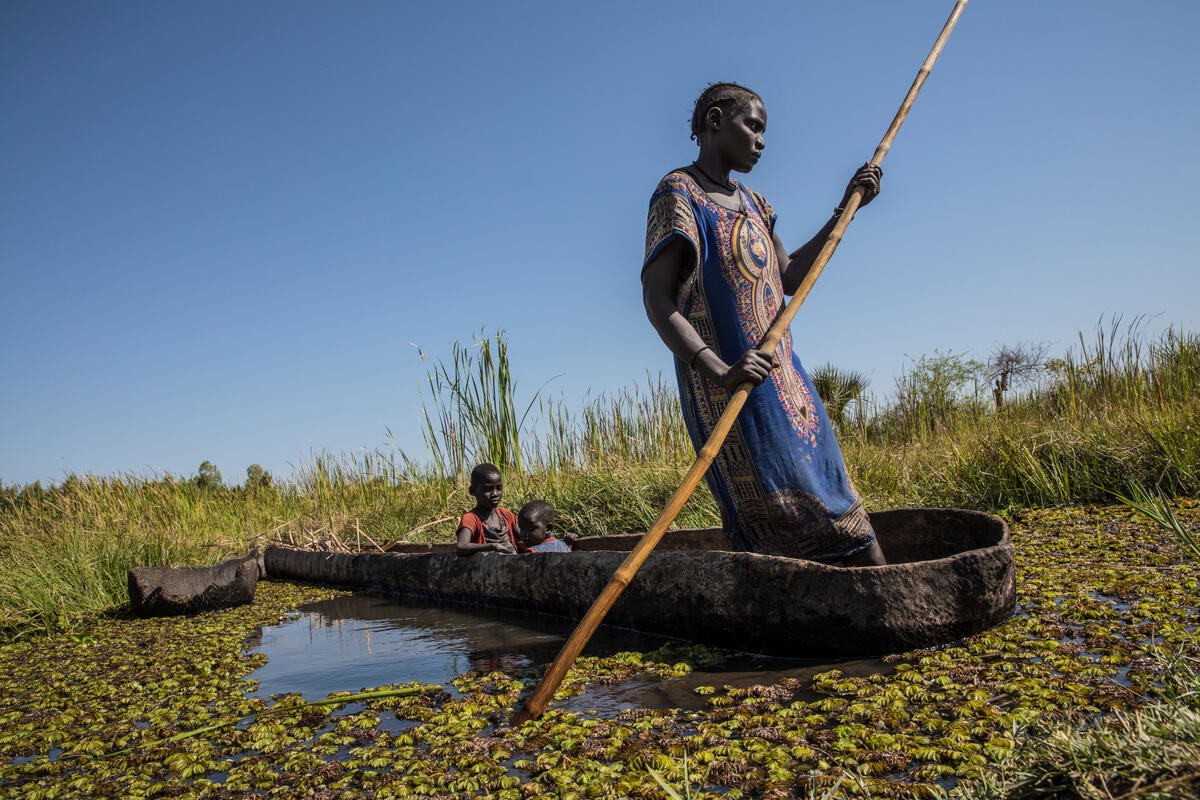 Deborah’s husband was killed the day after she gave birth to their youngest child. She’s now the sole provider for their family.

“We were not able to stay here,” she explains. “This area was burnt during the conflicts. We had to move to the swamp for two months. We did not have anything. No blankets. No food.”

“It’s difficult,” Deborah acknowledges. “My husband and I should be sharing the responsibilities, but now I am taking care of everything alone.”

Some 7.3 million South Sudanese people – over 50 percent of the population – are struggling to meet their food needs.

We’ve responded to the crisis with food and cash distributions in the worst-affected areas and plan to reach over 5 million vulnerable people this year.

Since 2014, the U.N. World Food Programme and partners have pioneered an Integrated Rapid Response Mechanism (IRRM) where mobile teams reach people – like Deborah and her family – in remote, isolated areas such as Thaker. Traveling usually by helicopter and sleeping in tents, teams register people in need, so that the U.N. World Food Programme can provide food, nutrition supplies and other urgently-needed assistance.

In Deborah’s situation, many people might feel broken and dispirited. But Deborah smiles as she continues her story.

“Since there is peace we are back home. I have a small farm in this village and a few animals. In this village, there is a school where my kids go, and we receive WFP assistance. This is how we live our life.”

“When we were in the swamp, we had to eat wild food. Thanks to God I have WFP taking care of us. Because of them, our kids have a better chance of surviving.”

In spite of the suffering they have been through, Deborah and her children seem like any happy family enjoying a meal together in the sunshine outside their tiny home. That alone is a triumph for a family like theirs, living on the border between violence and peace.

“Thanks to god we are alive and life continues,” Deborah says.  “I am hopeful for peace. I am courageous.”

The U.N. World Food Programme is working tirelessly in South Sudan to ensure the most vulnerable families have enough to eat. See the full story here.