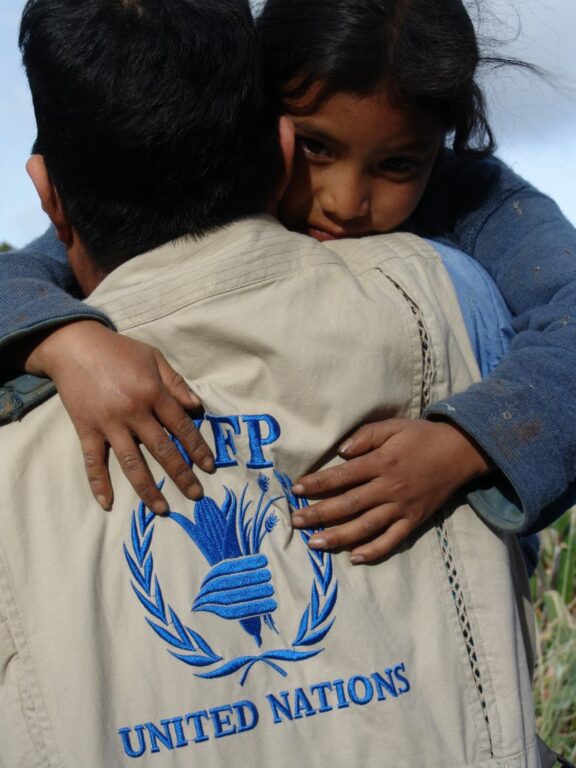 How WFP Is Reducing Poverty in Central America

“I’d appeal to the heart of Americans,” Honduran President Juan Orlando Hernández said on a recent visit to Washington D.C, “That they see this as a humanitarian issue, as an issue of neighbors.”

This appeal comes in reaction to the roughly 47,000 unaccompanied children that have fled to the U.S. since October—largely from the three Central American countries: Honduras, Guatemala and El Salvador. By the end of September, this figure is expected to reach 90,000. The magnitude of this crisis brings to light the severity of the circumstances from which these children are trying to escape.

Because of the region’s lack of economic opportunities and social inequalities, hunger, poverty and malnutrition plague much of the population. In Guatemala, for example, more than 50% of the population lives in poverty and nearly half of children under five suffer from chronic malnutrition. This lack of food, education and opportunity has contributed to an increasing trend in Central America of drug-related crime and migration to escape the violence.

Food assistance, however, is one of the most vital and effective ways to alleviate such deprivation and desperation. That’s why the United Nations World Food Programme (WFP) is working with governments in Central America to develop and administer programs that build on existing support systems and combat hunger, especially for the most vulnerable groups– women and children. This aid helps build community resilience and reduce the economic pressures to migrate.

Here are a few examples of the U.N. World Food Programme’s work throughout the region:

In El Salvador, subsistence farmers are receiving training and technical assistance in the production and marketing of staple grains. Organizational management, leadership development, best practices for post-harvest processing and storage are also taught, helping farmers to increase their yields and incomes. The U.N. World Food Programme is also supporting the national “Scaling Up Nutrition”(SUN) campaign by improving techniques that identify populations that are especially vulnerable to hunger and malnourishment and connecting those families to life-saving services.

In Honduras, the U.N. World Food Programme is working with the government to expand their school meals program by feeding over 100,000 children in an estimated 2,000 schools per year, mainly in the Honduran Dry Corridor of the country, an area prone to climatic shocks and food insecurity. Nutritional support for young children as well as pregnant and lactating women is also provided in order to prevent and reduce chronic malnutrition. During the lean season, rations for the most nutritionally vulnerable families are also administered to prevent hunger and long-term stunting.

In Guatemala, 48% of the population suffers from chronic malnutrition and the rate of stunting in rural areas is as high as 77%, which is more than twice the average in the country’s urban centers. In partnership with the Guatemalan government, the U.N. World Food Programme has implemented initiatives to improve diet diversification and provide more nutritious food for children under two.

U.N. World Food Programme interventions in Central America often align with government safety net systems to work to prevent malnutrition and increase the resiliency of poor families and communities. These efforts aim to help people secure access to food and good nutrition and, in turn, decrease the pressure to migrate among the poor and vulnerable.