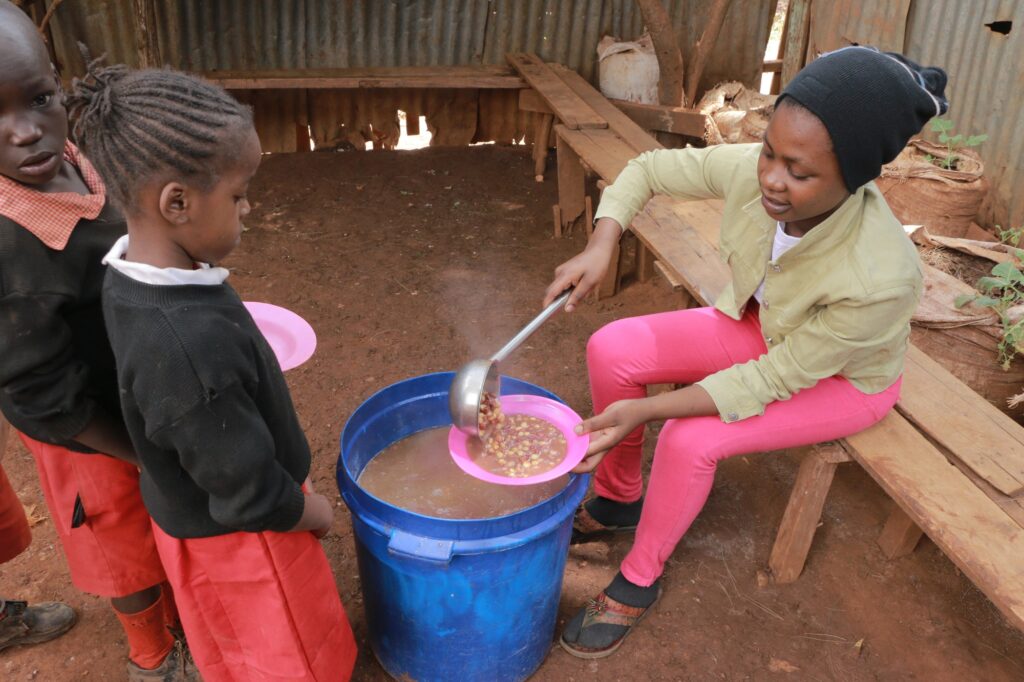 As millions of students across the U.S. prepare to receive their diplomas this summer, the Kenyan government is preparing for its own graduation of sorts next month.

For nearly 40 years, the U.N. World Food Programme has been providing school meals to children in Kenya. As of 2018, 1.5 million children across the country receive a nourishing meal in the classroom. For the most vulnerable among them, it is often the only meal they can rely on. These breakfasts, lunches and snacks not only improve childhood nutrition and overall health, they also boost school enrollment, attendance and completion. For girls, they can help prevent early marriage and provide them access to better-paying jobs through education.

School children in Nairobi enjoy a lunch full of vegetables. WFP started the school meals program in Kenya in 1980.

While the U.N. World Food Programme school meals program has existed in Kenya for decades, recent efforts have focused on simultaneously boosting local economies, like the launch of a government-led Homegrown School Meals initiative in 2009. Homegrown school meals provide diverse and nutritious food sourced locally from small-scale farmers. Funds are transferred directly to schools, where committees of teachers, parents and community members then purchase fresh food from local suppliers and farmers through a competitive bidding process. This system strengthens the agricultural market, creating stable and sizeable demand and allowing farmers to invest in their land, gain access to credit and increase their productivity, thus improving their community’s overall food security. Participating farmers also receive training and support to help them improve their ability to harvest more and higher-quality crops and provide food for the local market in a sustainable way.

Since its initial launch, the homegrown school meals program in Kenya has grown from reaching 200,000 children in 2009 to nearly 1 million children in 2016. The Kenyan government’s investments in national safety nets—including school meals—has made the upcoming handover possible. The U.N. World Food Programme has been gradually handing over financial and operational responsibility to the government and ensuring that communities have the skills and resources to supply food and sustain the program going forward. By 2016, 60 percent of Kenya’s school meals were already managed by the government.

Other innovative solutions for providing healthy school meals at a low cost in Kenya are also underway, such as using “ugly” vegetables rejected for export for purely cosmetic reasons. Launched last year by the U.N. World Food Programme’s Innovation Accelerator, the Transformers pilot project has already rescued more than 110,000 pounds of broccoli, snow peas, snap peas and green beans from going into the landfill and have fed thousands of students in three schools on the outskirts of Nairobi. 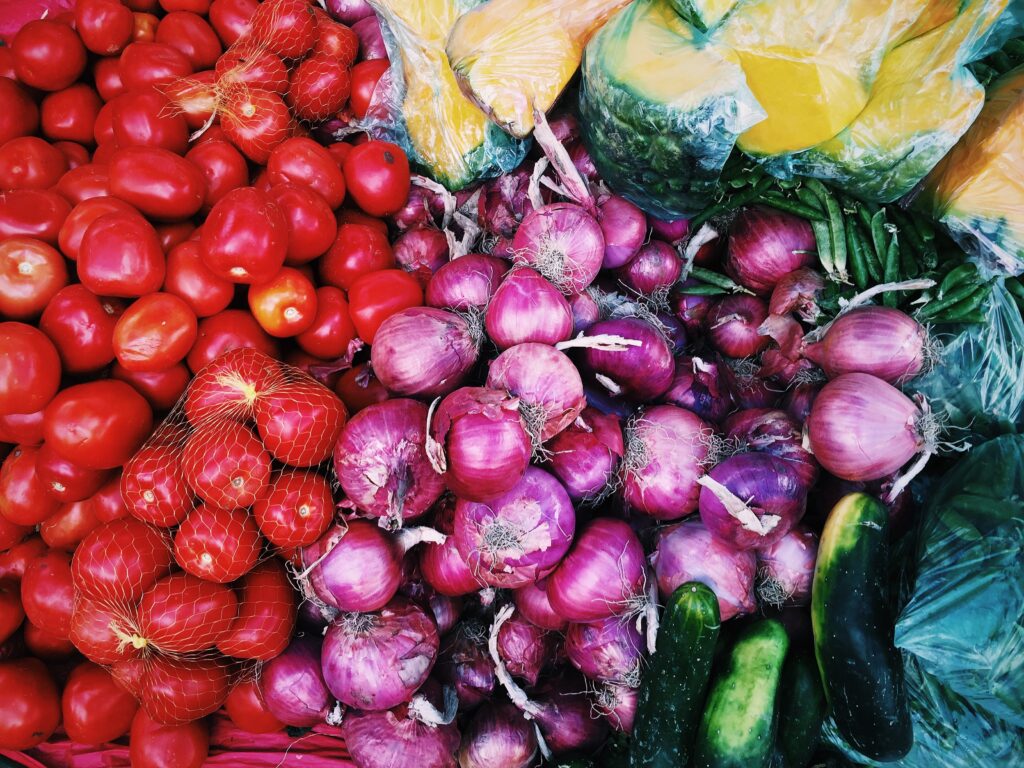 By 2019, the country could have one of the largest locally sourced, government-financed school meals programs in Africa. And this homegrown approach is not only happening in Kenya. Thanks to the U.N. World Food Programme’s support, dozens of other countries have also launched locally sourced school meals efforts, with the goal of providing fresher, more nutritious food and increasing national government ownership. Cooks at the Little Bells Primary School in Kenya prepare a nourishing meal for the students using locally grown green beans that had been rejected for export for cosmetic reasons. WFP/Martin Karimi

Since 2002, the U.S. government has supported school meals in Kenya through the McGovern-Dole Food for Education Program, named after World Food Program USA’s founding board members Senators George McGovern (D-SD) and Bob Dole (R-KS), which provides meals to millions of children around the globe with commodities from U.S. farmers. In the 2014 Farm Bill, the U.S. Congress authorized the Local and Regional Procurement (LRP) program, which authorizes the purchase and use of locally grown commodities from smallholder farmers, particularly women, to be used in school feeding programs. U.N. World Food Programme Kenya Country Director, Annalisa Conte, cites LRP as the catalyst that is allowing Kenya to take over its school feeding program.

Forward-thinking U.S. companies like Cargill and General Mills—along with individual donors in the U.S.—are also providing essential support for school meals programs, understanding the power they have to break the cycle of hunger and poverty. At an average of 25 cents per meal, the cost-benefit of school meals programs in both the short- and long-term is truly remarkable. It is well-known that children everywhere learn better with a full stomach; for children in low-income countries, school meals can be the change factor that enables them to succeed in school instead of working to put food on the table.

At a 2017 event co-chaired by U.N. World Food Programme Executive Director David Beasley, the U.S. Department of Agriculture’s Deputy Administrator for the Office of Capacity Building and Development, Jocelyn Brown, emphasized the life-changing nature of school meals. “It’s not just about literacy, food security, hygienic practices, sanitation, health, rebuilding school and educational systems, women’s empowerment and local and regional community involvement,” she said. “It is about all these targets combined.”

As sustainable models like homegrown school meals expand to other countries, donor governments like the U.S. will be able to re-focus critical taxpayer funding to more vulnerable communities in need.