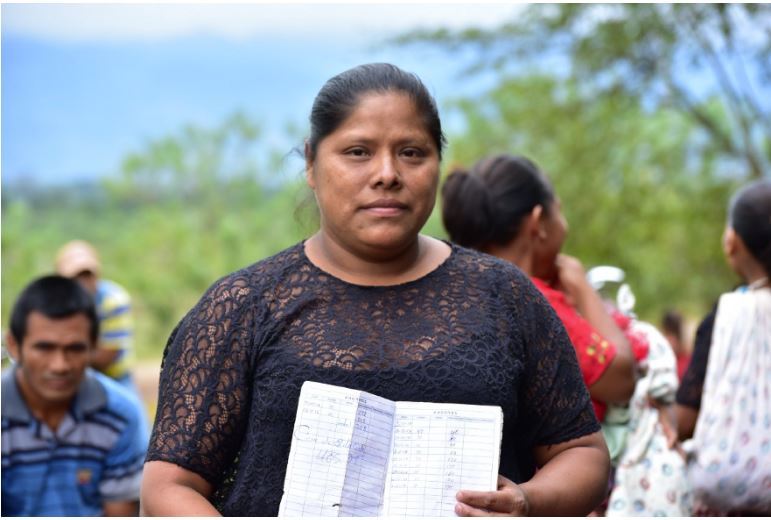 At the same time and despite enormous challenges, women around the world are improving the lives of their families, their communities and of those they’ve never met – through agriculture, business, education, innovation and healthcare.

Meet six women from Guatemala to Yemen who are fighting to end extreme poverty and hunger. We are grateful for these women, and the millions like them, out there on the front lines of hunger, saving and changing lives.

Maika Mohamed Alaslemy works to preserve the future of Yemen 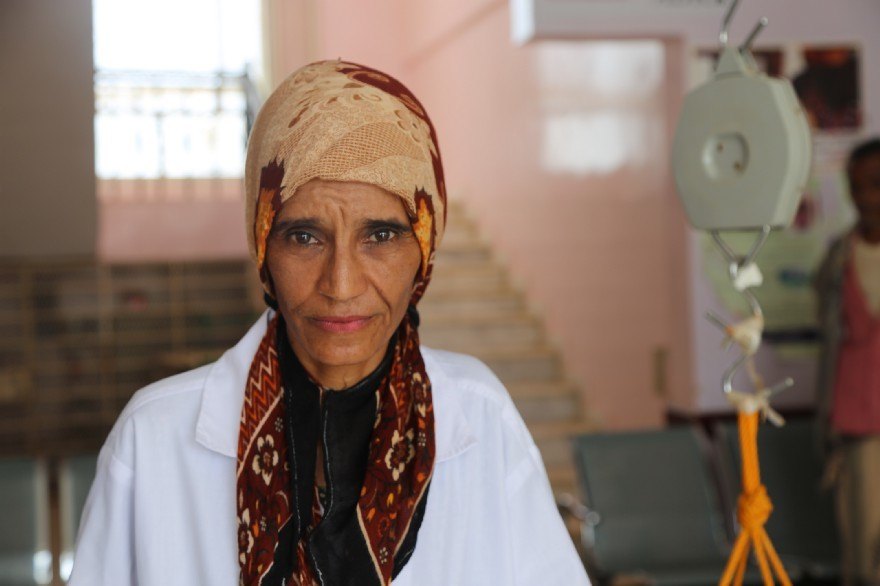 Maika Alaslemy, the head nurse at a Health Center in Yemen, works around the clock to save children from starvation.

Maika is the head nurse at Aslem Health Center in Yemen, home to the world’s worst humanitarian crisis. Surrounded by pain and suffering, Maika and dozens of nurses like her work around the clock, overwhelmed and understaffed, to save the lives of dying children. They don’t get holidays, they don’t get days off, and most haven’t been paid in months. “We are in a race against time to save these young lives,” she says.

Most of the children are from displaced families who fled fighting in Hodeidah; others are from the local community. But, as Maika puts it, “Hunger doesn’t differentiate between children. There are some days when we have more children than beds, so we put three on a bed and lay the rest on mattresses on the floor.”

Her perseverance is unshakable. When asked why she works so hard, Maika says, “We work out of our obligation to save lives and preserve the future of Yemen. It is the only thing that I can do from here.”

Rutilia Rax Pop and 75 women of the Remolino Association

Rutilia Rax Pop keeps track of the Association’s savings book, where every single transaction is registered and balanced by hand.

In the Polochic Valley of Guatemala, extreme poverty is common, and families have very little money to invest. Many women work in farming and play an essential role in food production, yet they have limited access to resources like land, seeds and equipment. In 2017, Rutilia Rax Pop started the Remolino Association, a savings group made up of 75 women who meet regularly to review their progress and investments. With the help of the World Food Programme (WFP), the women also participate in literacy and financial programs, lessons that the women pass on to their children.

Over time, Rutilia’s limited savings added up, allowing her to buy chickens and a pig, which have added diversity to her family’s diet and allowed her to sell more products and make more money. “Now I tell my daughters about the importance of saving,” says Rutilia. “Especially with my oldest, who helps me in the field.” The Association has had an enormous positive effect on families and on the community. 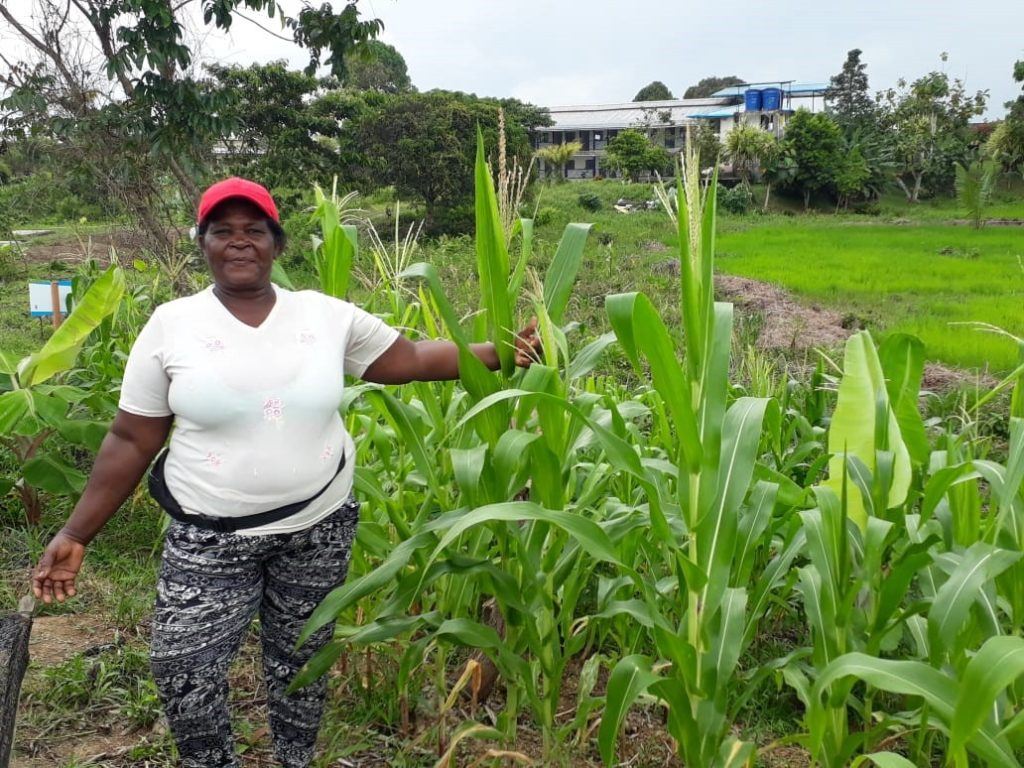 Raquel and her children escaped conflict 14 years ago. Now that she can farm again, she’s able to provide food for her three grandchildren.

In 2005, armed conflict in Colombia upended Raquel’s life. She and her children were forced to leave their home and their farm that had been in their family for generations. It was also their primary source of food. Fourteen years later, a joint initiative with WFP has brought her back to her roots.

Raquel and 92 other displaced families from rural areas now take part in The Productive Patio project, helping vulnerable families make a living with farmland near cities. Raquel is self-sufficient again for the first time since leaving her home. “If you want to prepare a stew and you don’t have money, you can’t make it. But if you’ve grown food in your garden, nothing can stop you,” she says. “Everything we have now is because of the work we’ve done on the farm.”

Dunia Nohemí and 120 chickens transform the lives of Honduran families 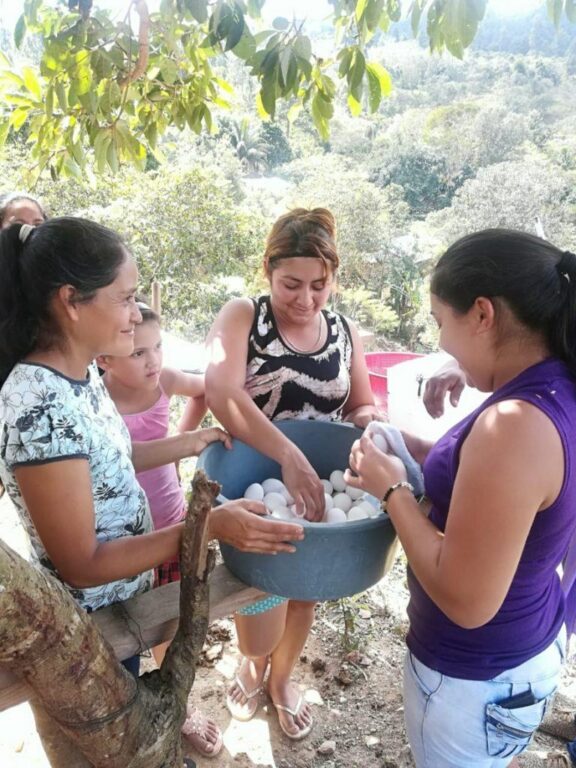 Dunia Nohemi and Women in Action harvest eggs daily from their hens. The income they generate helps them buy food when extreme weather damages crops.

When the Women’s Office of the Municipality of Azacualpa in Honduras built a shed with 120 laying hens and asked 23 women to operate it, it sent a wave of change through the community. In the past, the women’s income was entirely dependent on what was left of the corn and bean harvest. Both crops thrive or die based on rainfall, which is unpredictable and made the women highly vulnerable to hunger. “But now it’s different,” says Dunia Nohemi. “With this additional income from the hens we buy things in the local market. That was impossible before.”

The group, called Women in Action, is supported by WFP and harvests about 690 eggs each week that they sell to schools in their community and neighboring towns. Now they have plans to purchase more hens and expand their sales to other districts. Dunia has seen a change in her personal life too. “Now our husbands respect us because we generate extra income in our home.” 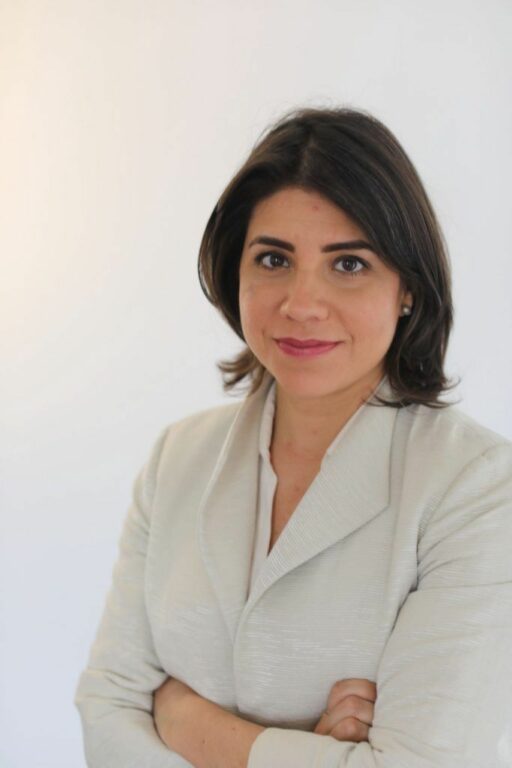 Carmen Burbano de Lara is the Director of the WFP School Feeding Division. The program she oversees provides more than 18 million children in 60 countries with meals and snacks that keep them nourished, healthy and in school. School meals are especially beneficial to young girls. Education delays marriage and prevents early pregnancies, helps them understand more about nutrition and health, and gives them more access to paid jobs. The ripple effect of these changes benefits everyone – not just women. A recent World Bank report found that if all girls completed secondary school, they could add up to $30 trillion dollars to the global economy.

“Children in school today will be adults in 2030. We have a window of opportunity to help them fulfill their potential and to leave a global legacy…But we need to act now,” Carmen urges. “We need to invest in the well-being of our children, especially the most vulnerable, both now and for the next generation.” 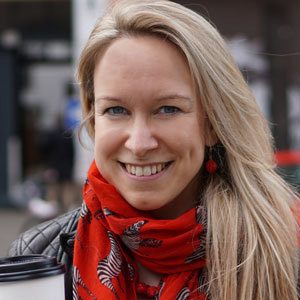 Nina Schroeder leads WFP’s Innovation Accelerator that has helped more than 368,000 people get the food they need.

Some of the projects Nina Schroeder helps launch use no soil and take 90% less water than traditional farms. Nina leads WFP’s Innovation Accelerator, which provides mentorship, training and financial support to scalable hunger solutions. “I love salad,” Nina quips, “But 2½ avocados take 264 gallons of water to produce.” And oftentimes, she explains, people are lacking that clean water for drinking, bathing and preparing food.

As part of WFP’s Innovation Accelerator, Nina has seen 23 projects grow from idea to action. In some of these projects, 75% of the people helped are women, giving them the means to fight hunger and feed their families and communities. To date, they’ve helped more than 368,000 people get the food they need.

See how you can support initiatives like these at wfpusa.org/help and share this story with #womensday #IWD @wfpusa.