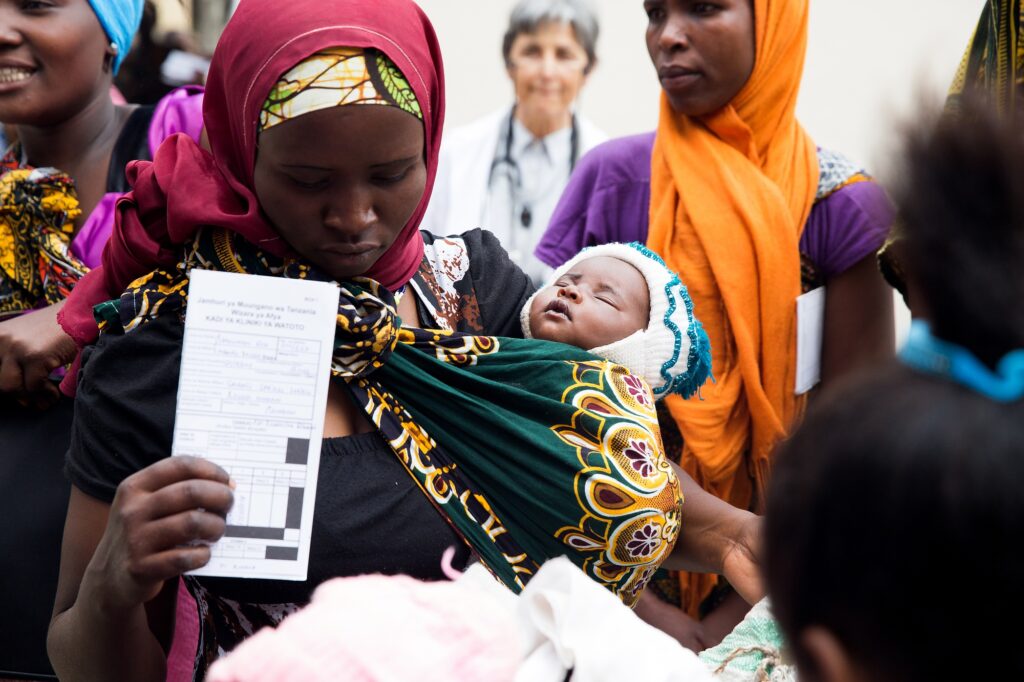 In the villages of rural Tanzania, it’s not uncommon for mothers to wait weeks or even months to name their newborns. Too often their infants won’t survive long enough to need one.

Dr. Borda, a native of Malta whose white hair and fluent Swahili underscores her thirty years of experience living in Tanzania, says some mothers here simply nickname their newborns “buyoya,” a Kiha word meaning “breath.” It’s a poetic reminder of how dangerous life for children can be in low-income countries like this one, where infant mortality rates are five times higher than in the United States due to widespread poverty, inadequate health care and chronic malnutrition. For mothers, the risk of dying during childbirth in Tanzania is twenty times higher than in the U.S. 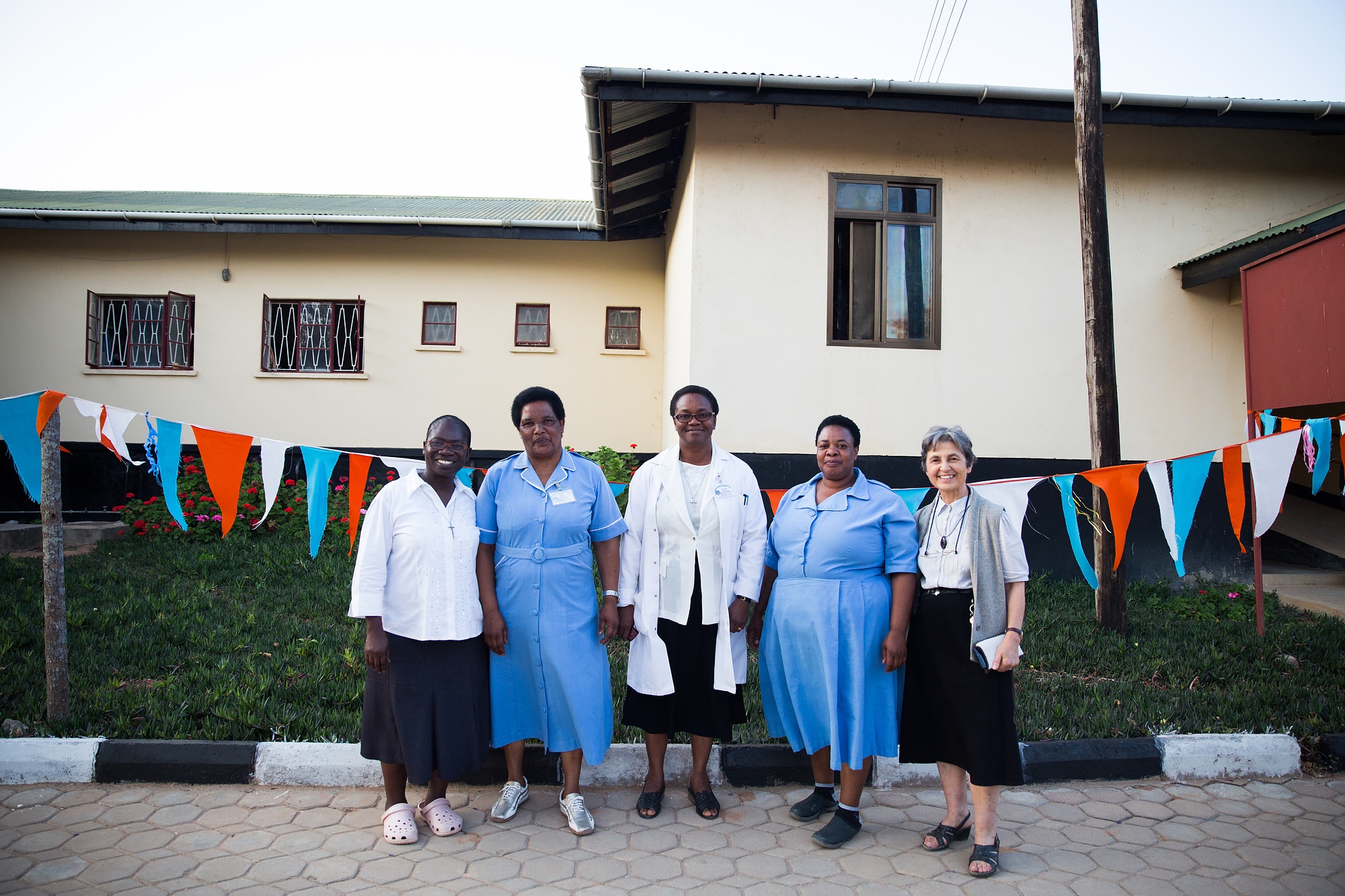 Sister-Dr. Maria Borda, far right, and her staff at the Medical Missionaries of Mary Makiungu Hospital in the Singida district of central Tanzania.

One key reason is a lack of access to food. The East African nation is one of the least developed and food-deficient on the planet. According to the United Nations World Food Programme (WFP), more than 40 percent of Tanzania’s population live in regions where food shortages are common, often as a result of irregular rainfall, degraded soil and inadequate farming equipment that yields meager harvests. This is especially problematic in rural areas, where 80 percent of the population relies on rain-fed, subsistence agriculture. 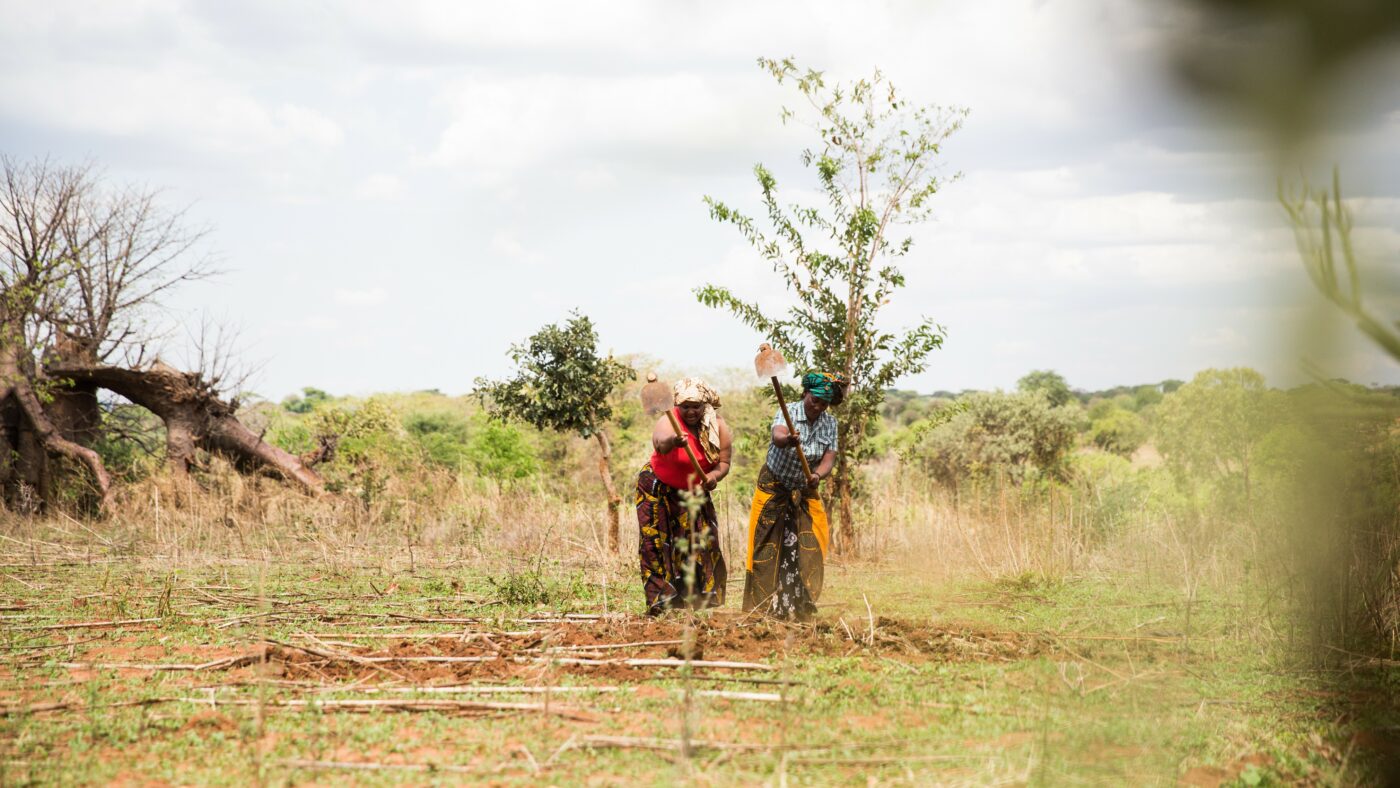 Across rural Tanzania, where smallholder farming is often the only way to making a living, children are named after the season in which they are born. Instead of winter, spring, summer and fall, communities describe the calendar year in agricultural terms like “wanjala,” the Swahili word meaning hunger season — the time of year between a family’s last harvest and the planting of next year’s crops, when stockpiles dwindle and hunger grows.

The months from June to October mark the dry season in Tanzania, when rainfall dries up and growing crops becomes increasingly difficult. The next harvest won’t typically happen until the following March. That six-month interval can be a perilous time if a family runs out of food — particularly for children under two years old. The damage caused by malnutrition at this age is irreversible — and sometimes fatal. In low-income countries like Tanzania, malnutrition causes a third of all deaths of children under 5.

“When the rains are late or excessive, the harvest fails,” explains Dr. Borda. “People here can really suffer from hunger at any time of the year — but especially in July, August and September.” 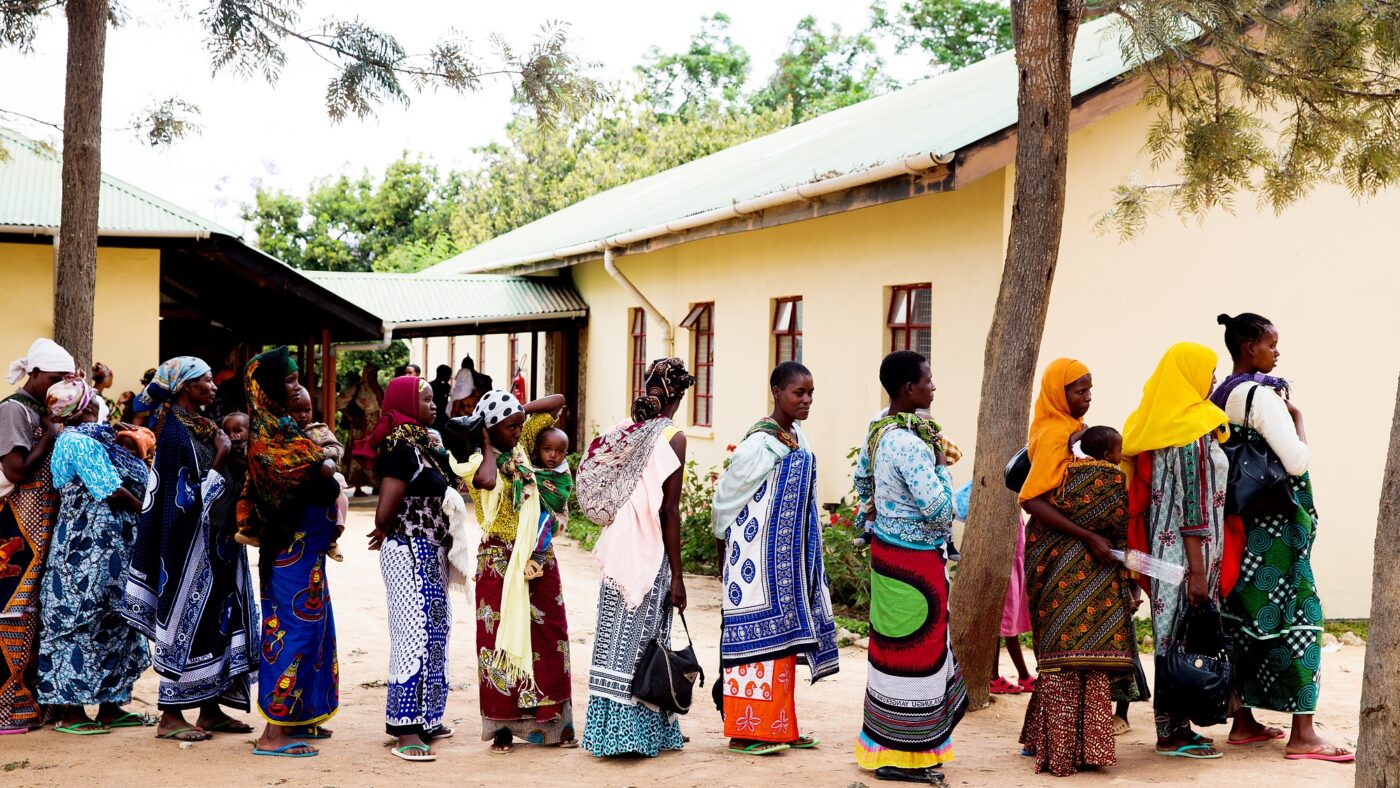 Food shapes the fate of every child’s life. Getting the right kinds of food in the first 1,000 days of life—from a mother’s pregnancy to a child’s 2nd birthday — is crucial for physical and mental development. Scientists call it the “golden window.” Insufficient nutrition during this stretch has lifelong consequences for the brain, body and psyche. 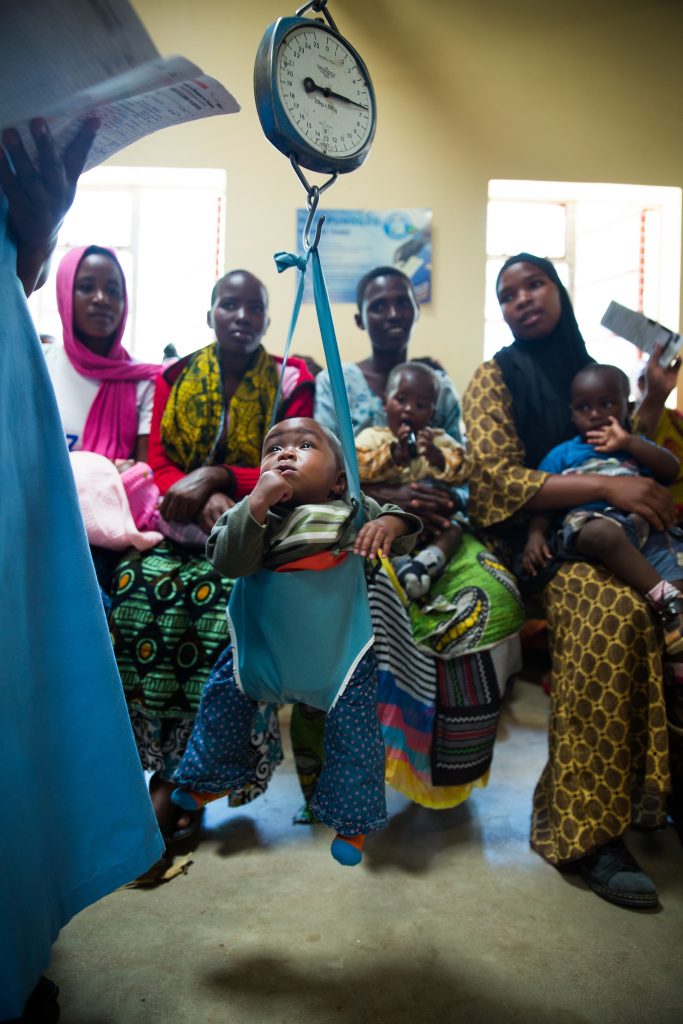 A baby is weighed using a hanging scale at the Makiungu Hospital in Tanzania to determine whether the child is developing properly or whether nutrition intervention is required.

Malnourished children demonstrate a diminished capacity to learn and higher susceptibility to infection. They earn less than their peers and tend to pass on their health problems to their children, propagating a cycle of hunger and poverty.

The repercussions for even a brief bout of malnutrition during the first 1,000 days can be far-reaching. In one study, scientists in Barbados found that people who endured severe undernutrition as infants grew up to be more anxious, less sociable and more hostile than their more well-nourished peers. Another famous study found that babies born during the Dutch famine of 1944 were twice as likely to develop heart disease and far more prone to schizophrenia, obesity, diabetes, cancer and stress-related illnesses. 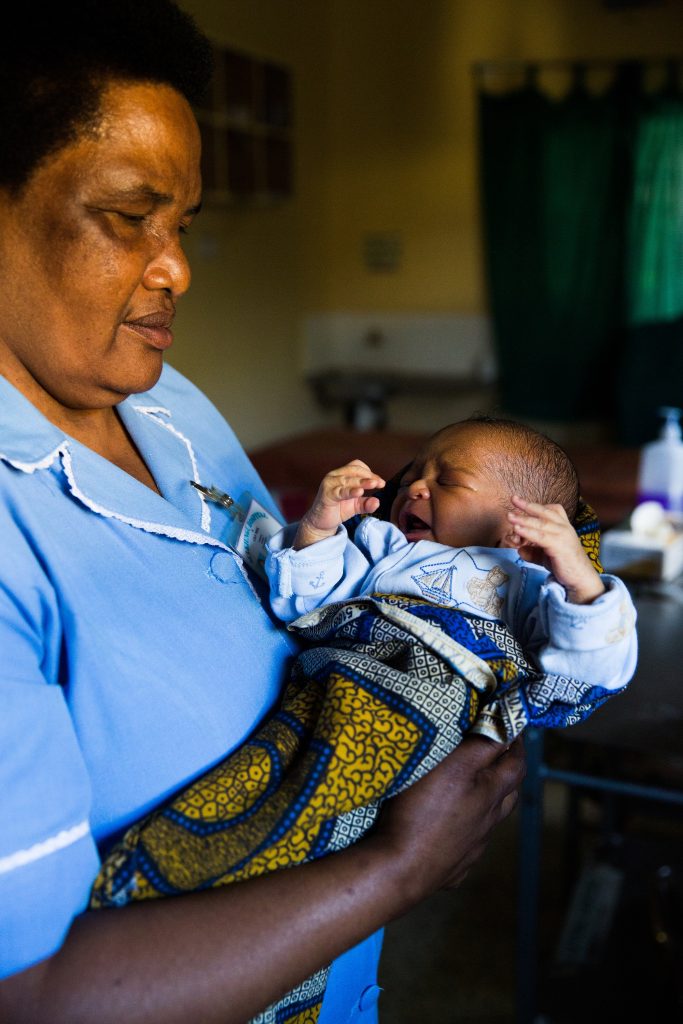 A nurse holds a baby that is several hours old at the Medical Missionaries of Mary Makiungu Hospital in Singida, a rural town in central Tanzania.

Children like Kelvin can be saved from acute malnutrition. We know the solutions, and they don’t cost much.

One such innovation is a fortified peanut-based paste known as Plumpy’nut. Developed by a French food scientist in 1997, it has helped revolutionize the way doctors treat acute malnutrition among children. Where once doctors administered nutrients intravenously — which had a meager success rate, prohibitive cost and required inpatient care — hospitals like Makiungu are now providing fortified foods supplied by WFP. Pre-packaged, ready-to-eat products like Plumpy’nut don’t require heat or clean water to cook, which makes them accessible for impoverished families who typically lack access to running water or electricity.

Working with local hospitals like Dr. Borda’s, WFP staffers across the globe are also monitoring the health of pregnant women, nursing mothers and young babies through regular check-ups. Using a simple armband to measure what is known as the mid-upper arm circumference or MUAC for short, doctors and nurses can determine whether a patient is healthy, malnourished, acutely malnourished or severely acutely malnourished — the most lethal form. When a mother or child falls into the “yellow” or “red” portion of the tape, health-care workers begin a regimen of fortified foods furnished by WFP. 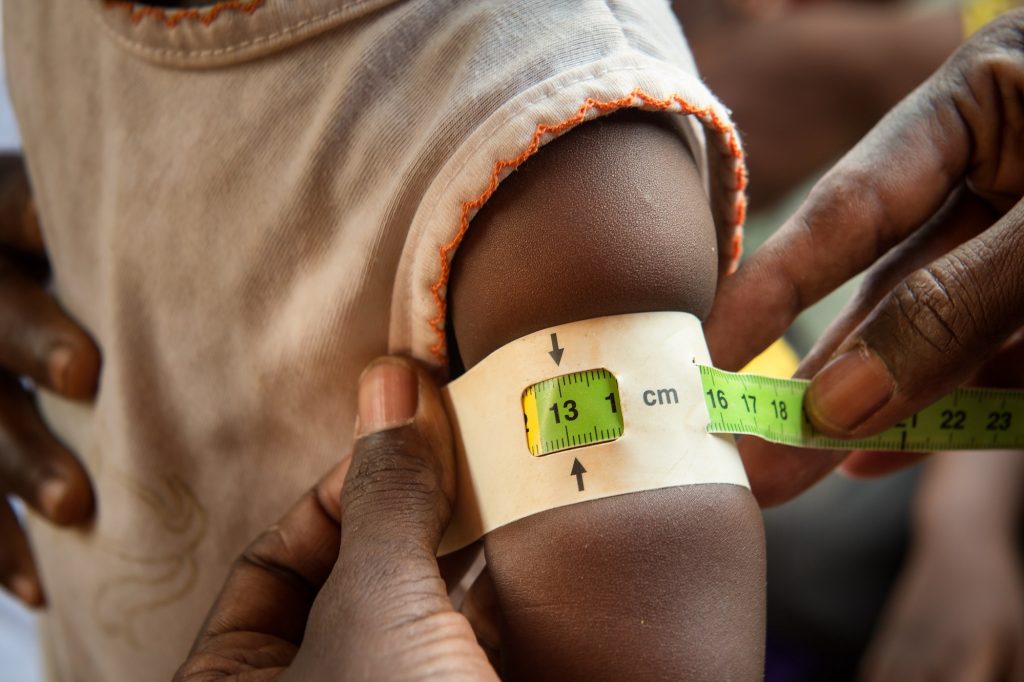 A nurse measures a child’s mid-upper arm circumference to gauge nutritional status. His “green” status indicates that he’s healthy for his size and age.

But for a parent struggling to feed more than one hungry child, a chronic shortage of food often requires agonizing choices. When a mother has five hungry children at home, most will choose to divide supplements among all of their children. Yet that can often leave the most malnourished siblings at risk of permanent stunting, disease or even death.

As a result, Dr. Borda and her colleagues commonly refer to WFP’s ready-to-eat and fortified foods as medicine, making clear that they are prescribing these particular foods for only the most undernourished and vulnerable child in a particular household.

“We give our kids good nutrition so that they can grow up to be strong. Every mother, everywhere, has this same hope for her children,” says WFP’s head nutritionist Martin Bloem. “Whether that means Flintstones vitamins in the U.S. — or a micronutrient pack in a developing country — all mothers want the best for their children.” 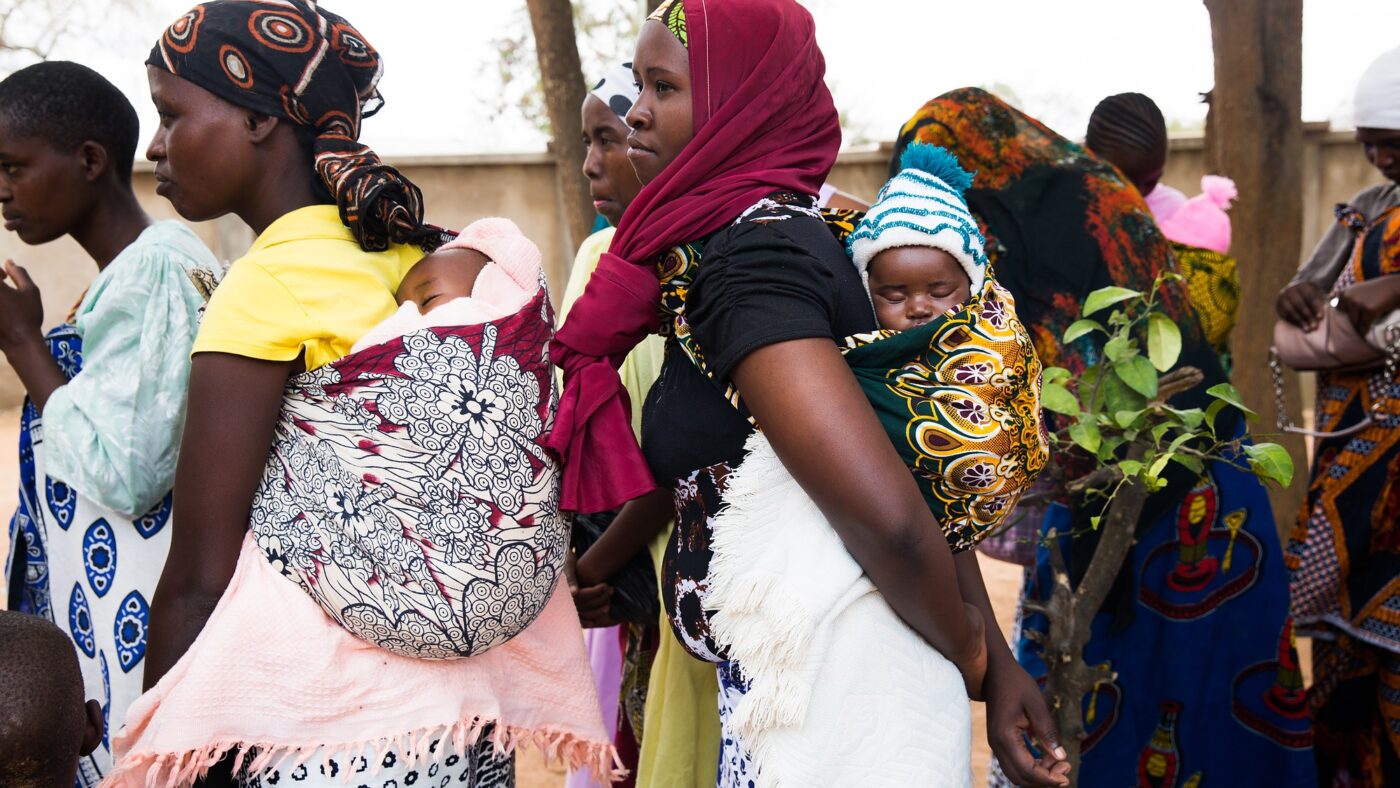 The Myths Behind Malnutrition

Some of the most effective ways to treat and prevent child malnutrition involve dispelling myths and changing behavior. Dangerous misconceptions about motherhood persist across vast swaths of the developing world.

Many people, for example, believe that eating less food during pregnancy will yield a smaller baby who is easier to deliver. Cultural practices like only allowing male elders to consume certain meats and livers — which contain vital minerals and nutrients such as iron and zinc — can also feed high malnutrition rates among pregnant women, nursing mothers and their infants.

Hospitals and humanitarian aid workers are working to combat these misconceptions through education and outreach on dietary diversity, breastfeeding and good sanitation — some of the most basic and cost-effective ways to combat child malnutrition. This outreach comes in a variety of forms — from traditional pamphlets, posters and radio ads to village workshops, community plays and even pseudo-proverbs printed on the patterned saris — known in Swahili as “kangas” — that many Tanzanian women wear. 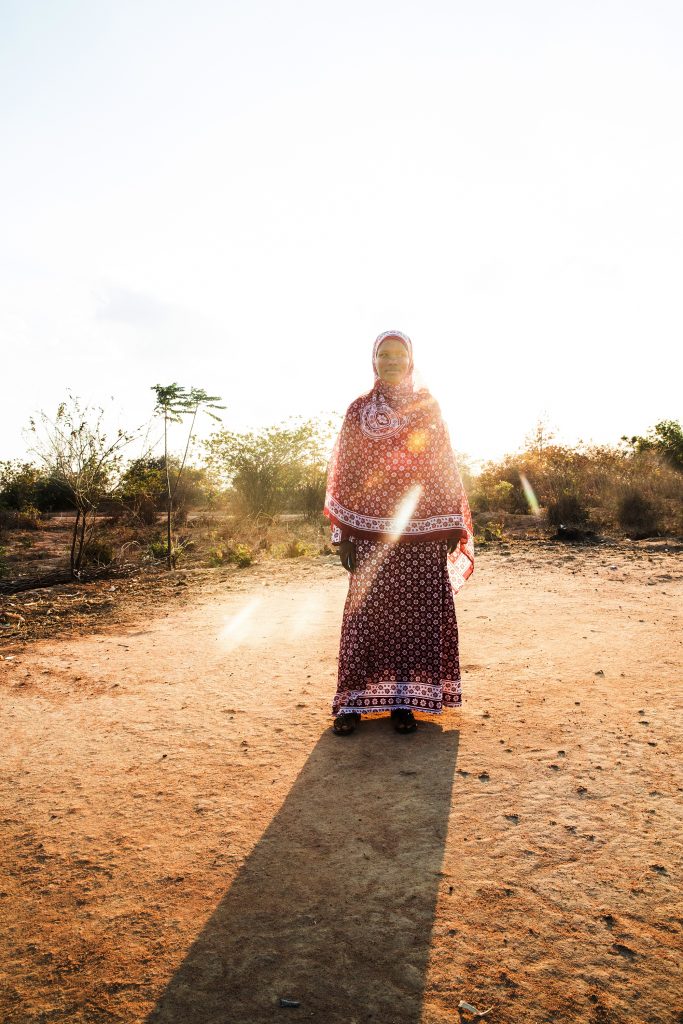 A young woman named Hanifa serves as a Village Health Worker for the Makiungu Hospital in central Tanzania, a volunteer position that requires her to walk for more than three hours on foot each day conducting home visits for new mothers and their babies.

At the Makiungu Hospital, Dr. Borda relies on the Reproductive Child Health Team to carry out this work. Led by a mostly female cadre of doctors and nurses like Edina Msangi, Blandina Sule, Theresia Massawe and head obstetrician Dr. Magdalene Umore, the team delivered 3,836 babies last year — a 33 percent increase from 2013.

Dr. Borda and her staff also educate and train local volunteers called “Village Health Workers” who are nominated within their communities to conduct home visits among new mothers. Though more women in Tanzania are choosing to give birth in hospitals, as many as half of the country’s babies are born at home, which can be dangerous for mother and child alike.

One such volunteer, a young woman named Hanifa, spends more than three hours each day walking on foot from house to house to check up on new mothers and their infants. She says she was honored to be chosen for this duty and decided to accept it because she remembers how helpless and ill-equipped she felt as a first-time mother herself. This kind of community involvement is crucial for building trust and accessibility within such tight-knit villages. 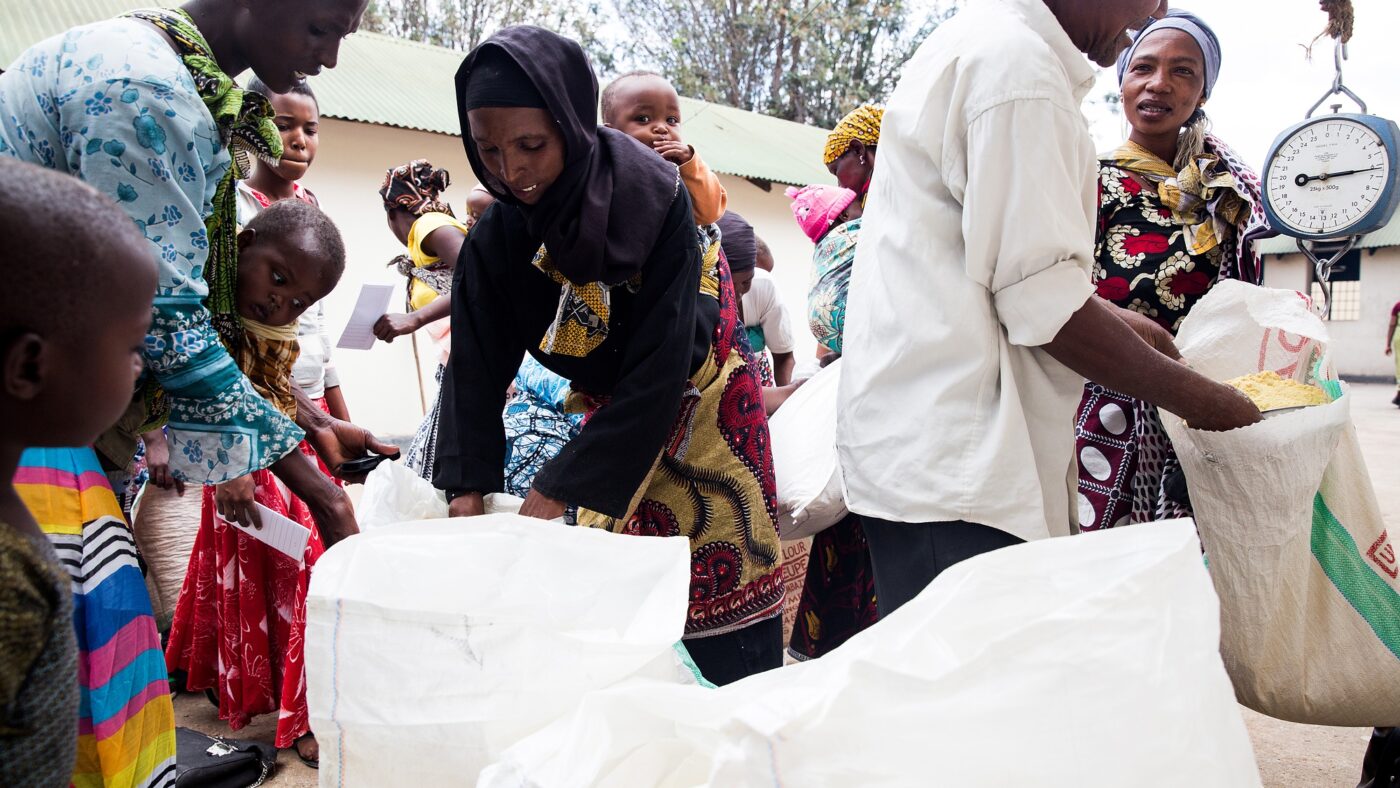 Despite the challenges, there are hopeful signs that motherhood and childhood in Tanzania are becoming safer. Since 1990, the mortality rate of Tanzanian children under the age of five has been reduced by two-thirds. The country’s infant mortality rate fell 6 percent from 1990 to 2012. The situation among children and pregnant women in poverty-stricken regions like Singida has not improved as much, but Sister-Dr. Maria Borda believes this is due to more accurate reporting.

“Previously, many more died in the villages, never reaching the hospital or dispensary and never getting into the statistics,” she says.

“When I first came to Tanzania in the 1980s, we used to have whole wards of kids very debilitated with malnutrition, some too far gone to survive; now there will only be up to 1 or 2 at any time, and we would usually find a social cause, such as an alcoholic father, or being orphaned, or inheriting HIV.”

The reliable supply of food supplements that Dr. Borda’s hospital receives from WFP has made a difference. Thanks to monthly food rations and fortified supplements, pregnant and nursing mothers have an added incentive to bring their children in for regular check-ups and weight monitoring. Until a few years ago, it was rare for babies to be bigger than preemie-sized. Now, Dr. Borda says her colleagues are surprised when a newborn weighs less than six pounds.

The 214 caregivers who work at the Makiungu Hospital have dedicated their lives to helping families in this remote area of Tanzania survive and succeed. For Dr. Borda, watching the babies she’s delivered over the years grow up and have families of their own has been among her most rewarding achievements.

“We sisters are often addressed as ‘mama’ here,” Dr. Borda says of the patients she serves. “Maybe they are thinking of all the kids around here that have been part of our lives.”

By donating, you can help provide nutritious food to women, children and families across the world.